While universities are focusing on addressing gender inequality, Kalwant Bhopal and Holly Henderson find that there is little imperative to also address race and racism in the academy. They summarise the findings of a new study on the experiences of higher education staff working towards the Athena SWAN Charter and the Race Equality Charter.

Current scholarship on race in the UK academy consistently highlights the pervasiveness of institutional racism, despite the presence of equality and diversity policies and the 2010 Equalities Act. Institutional racism works in overt and covert ways. In its covert form, racism is felt in BME staff marginalisation and exclusion from decision-making practices, and in the performance and reproduction of the university as an elite, white space at all levels. As stated in a recent report by the Trade Unions Congress, ‘BME workers too often experience racism at work, which is part of their everyday life. And more times than not it’s hidden. There are more obvious racist incidents that take place. But also the more hidden types such as micro-aggressions, implicit bias and prejudice’.

While covert racism is difficult to pinpoint and prove, high proportions of BME academics have also experienced overt racist bullying and harassment from managers (72% of respondents) and colleagues (69% of respondents), according to a recent UCU report. The combined effects of these forms of institutional racism can be seen in the significant under-representation of BME staff in UK Higher Education Institutions (HEIs), and particularly at levels of seniority in both academic and professional and support services. The effects can also be seen in the high proportions of UK BME academics who consider a move overseas due to their experiences of marginalisation at work.

In terms of career progression in higher education, research has found racist practices in recruitment, promotions and pay. In addition to these measurable inequalities, the daily experience of marginalisation and exclusion remains deeply ingrained in the cultures of HEIs, and is a significant and normalised aspect of institutional life for many BME employees.

The Race Equality Charter and the Athena SWAN Charter

The insidiousness of racist practices across the academy has proved difficult to challenge through equality and diversity policies thus far. However, the Race Equality Charter (REC) has been found to offer the potential to address racism in the academy. Yet current research findings suggest that although the REC has been found to offer a potentially powerful framework for beginning to address racism in HEIs, considerably more resource investment and incentive is needed in order for the charter to be as effective as is necessary.

Following successful pilots in previous years, the REC was launched in 2016. The Charter Mark process requires participating HEIs to form a self-assessment team whose main function is to complete a report on their current position in relation to race equality, and compile a four-year action plan to address outstanding concerns. As a result of this process, the HEI is awarded either a bronze or silver level award, which signals their commitment to work on race equality. Currently, 52 HEIs are members of the REC.

The Charter Mark policy was first used in the form of the Athena SWAN Charter (ASC), which focuses on gender equality in universities. The ASC was established in 2005, but became particularly prominent after an announcement in 2011 by the British Medical Research Council that applicants for medical research funding would not be considered unless their school held at least a silver Athena SWAN award. This announcement precipitated an increase of 400% in medical school or faculty applications for Athena SWAN awards, while total awards granted nationally increased from 22 to 180 between 2011 and 2014.

At present, there are significant differences between the REC and the ASC. Because the ASC has existed for some 11 years longer than the REC, and because it is tied to medical research funding, the ASC is often the top priority for HEIs. This is evidenced by the number of institutions applying for or holding the respective Charter Mark Awards, and in the findings from our recent project (see below). In addition, HEIs currently apply for a REC award as a whole institution, whereas the ASC operates at both the department/faculty level and at a whole institution level – so a higher proportion of staff are likely to engage or have engaged with the ASC than with the REC. Finally, the REC focuses on inequalities experienced by students and in the curriculum, as well as focusing on inequalities for staff. The REC therefore represents a larger or more daunting task for HEIs than the ASC, and carries none of the ASC’s incentive of funding.

There is evidence to suggest that gender has taken precedence in policy-making in higher education, with white middle class women being the main beneficiaries of the ASC. Our recent findings from a project funded by the British Academy confirm this. The project used qualitative methods to explore the experiences of staff working towards the ASC and REC through one-to-one interviews with Equality and Diversity practitioners, and focus groups with members of Self Assessment Teams.

As a consequence of the project’s focus, we were able to gain an important insight into the ways that the ASC takes precedence over the REC. In part, this precedence is a consequence of the chronology of the Charter Mark policies; because the ASC was introduced ten years earlier than the REC, the lessons learned in HEIs from engaging with the ASC are carried forward into their REC practice. One of the most significant of these lessons was around the issue of the heavy workload of the ASC process, and participants reported the difficulty of introducing the REC as another Charter Mark and therefore a double Equality and Diversity Initiative workload:

Well, we haven’t sat down yet to talk about the REC, but it’s really hard, because you don’t want to sound negative, and I do absolutely think we should do it, but I am concerned about resourcing, because it is a lot of work and I don’t think anyone realizes quite how much work it is, so that is an issue (white female, post-1992, REC member).

This excerpt is representative of the views of many of the participants in the study, for whom Race Equality work was both undeniably important and, in the context of their existing ASC duties, an overwhelming prospect.

In some HEIs, the possibility of beginning work on the REC was further undermined by a perception that, while gender is a universal inequality, there are areas of the UK where racial inequality is less of a concern:

This response suggests that gender was seen as a universal issue by respondents, in contrast to race which was seen as only a concern where racial diversity already exists. There is a risk here that white-only academic spaces are perpetuated by the myth that this is the natural state of a particular academic space, and should only be more diverse if it already is diverse. Despite the contradictions of the race-geography argument, it was common across our data set, and therefore clearly represents a convincing justification within equalities work for a shift away from addressing white privilege through the perception that race, in contrast to gender, is a niche or context-specific inequality.

Across our sample, it was clear that both the ASC and REC offer an important framework for equalities work in UK universities. Respondents saw the charter marks as having enabled difficult conversations to take place, providing justification for the importance of undertaking work to address gender and racial inequalities in their institutions. In particular, the connection between the Athena SWAN award and medical research funding was seen as having made gender equality a priority. The result of this was that good practice for gender equality had become a standard item on meeting agenda and appointment panels, and data systems had improved so that metrics on gender in recruitment, promotion and retention were accessible and up to date. Department and School-level Athena SWAN awards were also identified as prompting localised as well as institution-wide changes to practice.

Yet largely due to experiences of working on the ASC, a common perception of the REC was as an additional, often impossible, workload. As a consequence of this perception, HEIs responded by considering economising strategies such as combining roles focusing on race and gender, or arguing that the REC was less necessary in a particular institutional context. Given the potential, noted above, for the charter marks to enable difficult and necessary conversations on separate issues of gender and race equalities in universities, and given the particular discomfort of discussions of race and racism, we would see these economising strategies as a backwards step. Rather than approaching the REC with a logic of economising and efficiency, we would suggest that the REC requires significant investment of resources and time at institution-wide and localised levels, as has been shown to be effective in relation to the ASC.

Even if it is couched as a simple accident of timing, the effects of the introduction of the REC after the firm establishment of the ASC are that the REC is a secondary equalities priority. While institutions can claim to be working on structural inequality by focusing on gender equality, there is little or no imperative to shift the focus to uncomfortable conversations about race and racism in the academy. The findings from our study suggest that, as race is introduced, so is a weariness with the equalities agenda, an economising logic for diversity work, and justifications for inequalities more universal or more deserving than those of race. Given the stark and persistent racial inequalities in UK higher education, it is crucial that these are not allowed to be conflated with or replaced by more familiar discussions around gender equality. Through such a conflation, HEIs could appear to be conducting work on redressing inequality, while ensuring that the very issues that exclude people of colour from the academy are further excluded from discussions within the academy.

Note: the above draws on the authors’ forthcoming British Academy/Leverhulme report Advancing Equality in Higher Education: an exploratory study of the Athena Swan and Race Equality Charter. (Link to follow).

Kalwant Bhopal is Professor of Education and Social Justice, Professorial Research Fellow and Deputy Director of the Centre for Research in Race and Education in the School of Education at the University of Birmingham.

Holly Henderson is a Research Associate at the University of Birmingham.

Posted In: British and Irish Politics and Policy | Education | Fairness and Equality | Featured 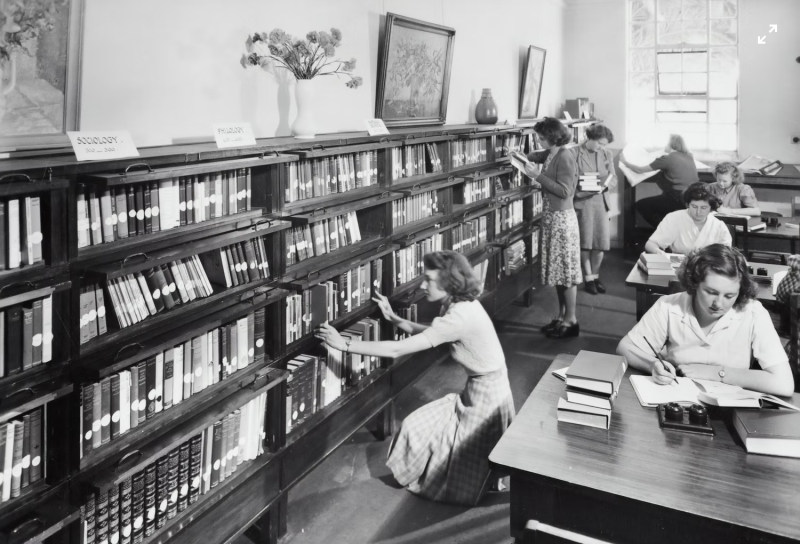