As part of our on-going Thinkers on Europe series, EUROPP’s editors Stuart A Brown and Chris Gilson spoke to Professor of Sociology William Outhwaite about the EU’s democratic deficit, the rise of the far-right, and whether sociologists should do more to engage with the subject of European integration.

This was originally published on the LSE EUROPP blog.

Does the European Union suffer from a democratic deficit?

People have been talking about the democratic deficit for a long time and I think that discussion has become particularly acute at the moment. The way the EU has developed has made the demands for further democratisation greater at the same time that pressures have been moving us in an inter-governmental direction: towards what I call, following Jürgen Habermas, ‘post-democratic executive federalism’. By that I mean heads of government and heads of state getting together to negotiate deals at the last minute. The incredible mess in Cyprus is illustrative of the worst form of that kind of decision-making.

Part of the problem is that the EU is still tied somewhat to the models that it used in the past. What worked for the six members of the European Coal and Steel Community in the early 1950s is not going to work so well with a European Union of 27 members in the 21st century. I think upgrading the role of the European Parliament is going to be crucial. My former colleague at the University of Sussex, Christopher Prout, used to say that parliaments always take time to develop their powers – look at the way the English Parliament developed, and so forth – but the Parliament is really so marginal to the political lives of Europeans at the moment that this is a really serious problem. There may be a lot of deliberation in parliamentary committees and a lot of other good work being done, but it’s not on the radar for most European citizens who think that politics is what gets done in London, or Paris, or Berlin – not what’s happening in Brussels or Strasbourg.

Can there be such a thing as a European demos?

I don’t see why not. People seem to assume that it’s impossible – even Timothy Garton Ash has argued that there’s no European demos – but I think it depends on what you count as the base. Take a state like the UK or Spain: these states are incredibly diverse nationally, yet there does seem to be something like a UK demos, and something like a Spanish demos despite the regional, ethnic and national differentiations. It isn’t necessary to ‘ethnicise’ the demos. People can get together for political purposes and identify with a supranational political structure, given the right conditions.

Ulrich Beck has argued recently that Germany has created an ‘accidental empire’ in Europe. Do you think this is the case?

I think it’s true that Germany has been somewhat pushed into its role. It started in the period when Sarkozy was still President of France, but was a ‘lame duck’. The British and Italians have more or less excluded themselves: the British with their refusal to participate in anything European, and the Italians through Berlusconi’s bizarre antics. Without equating Cameron’s country suppers to Berlusconi’s ‘bunga bunga’ parties, they had something like the same effect as political leaders in excluding their countries from any meaningful role in European politics.

Many commentators are concerned with what they see as anti-democratic tendencies in countries in Eastern Europe, such as Romania, Ukraine, and Belarus. Should we be worried about these developments?

Yes, not just in Eastern Europe, but across Europe. I think that the new type of ultra-right populism – the sort of chic version of Geert Wilders, and earlier Jörg Haider and Pim Fortuyn – is certainly worrying. I don’t think it helps to think of it too sharply in east/west terms: it can happen anywhere. And the kind of thing that’s been done to Greece over the past year is clearly going to make the prospects for Greek neo-fascism better than they would have seemed before.

In terms of dealing with the rise of the far-right, a more sensible strategy for tackling issues such as the Greek economic situation would be a big help. Although with that said, you can get these parties developing in rich countries as well, so there isn’t a single magic solution. I think in particular that reconnecting European politics to European citizens would improve things because clearly a big element for many of these parties is a critique of Europe and the European Union, of foreigners, of Germans, and so on.

The current furore in the UK around Romanian and Bulgarian immigrants, for instance, is completely ridiculous, like so many pieces of British political discourse. The British Foreign Office produced a report completely rubbishing the kinds of scare stories that David Cameron and other people have been presenting about floods of people from Bulgaria and Romania coming to the country. At some level one has to accept that freedom of movement within the European Union has been a principle right from its inception, and if there are migratory flows then those have to be handled. The kind of thing that the current UK government is doing to social policy in all areas, combined with the unpleasant xenophobic rhetoric designed to match the United Kingdom Independence Party, is not helping.

Is there a need for more sociological analyses of European integration?

Yes, absolutely. I recently presented a paper at the British Sociological Association conference which asked why sociologists have taken so long to develop an interest in the European integration process. It was partly a self-criticism of my own lack of interest in the European Union as it developed. I think that’s changed over the last 10-15 years, particularly in British sociology, and we’ve developed something more of a ‘Euro-sociology’, as we might call it. 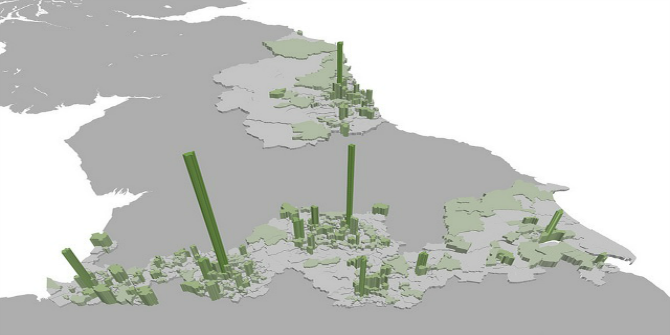