A new analysis of the economic impacts of climate change contains some serious flaws and exposes a lack of consistency with the scientific evidence, writes Bob Ward.

On 18 September, the World Economic Forum published a blog on its website that controversially suggested the overall impacts of unmitigated climate change this century could be positive, even if global average temperature rises by more than 2°C above its pre-industrial level.

The blog was written by Richard Tol, a Professor of Economics at the University of Sussex, based on his new working paper. But it presented a flawed analysis of the economic impacts of climate change, mainly drawing on the outputs of models that are widely recognised to be inconsistent with the scientific evidence because they under-estimate the serious risks posed by rising levels of greenhouse gases in the atmosphere.

Professor Tol analysed 26 estimates from previous studies of the impacts of global warming. Only two of these indicate net positive impacts. One study suggested in 2000 that a warming of 2.5°C would increase global welfare by the equivalent of 0.1 per cent of GDP. However the authors of that study warned that their model had only considered the “market effects” from climate change, and had omitted many impacts, including on the quality of life, ecosystems, health, aesthetics, extreme events and catastrophes.

The other study, by Professor Tol in 2002, concluded that warming of 1°C would have a net beneficial effect on welfare equivalent to 2.3 per cent of GDP. However, this study made heroic assumptions about increases in plant growth due to elevated atmospheric concentrations of carbon dioxide, and also excluded many climate change impacts, including on amenity, recreation, tourism, extreme weather, fisheries, construction, transport, energy supply, and morbidity, on the grounds that “no comprehensive, quantified impact studies have been reported”.

Nevertheless, Professor Tol claimed in his blog that his analysis of the 26 estimates shows that “initial warming is positive on net, while further warming would lead to net damages”. He attempted to make a similar claim in the section he wrote of a report by the Intergovernmental Panel on Climate Change (IPCC), published in 2014, but the other authors recognised that it was not supported by the data and removed it.

Last year, the editors of the ‘Journal of Economic Perspectives’ took the extraordinary step of publishing a third correction to one of Professor Tol’s papers which had made the claim in 2009 that estimates of the economic impacts “point to initial benefits of a modest increase in temperature, followed by losses as temperatures increase further”. However, the analysis contained a number of errors, including studies that had been wrongly plotted as finding net positive economic impacts. Professor Tol acknowledged some of these mistakes in one of the subsequent corrections, and wrote that “unlike the original curve in which there were net benefits of climate change associated with warming below about 2°C, in the corrected and updated curve, impacts are always negative, at least in expectation”.

The limitations of these economic models have been highlighted by many other researchers. For instance, Dr Frank Ackerman and co-authors in 2010 demonstrated that one of the most popular models, DICE, predicts that a rise in global average temperature of 19°C would only halve global economic output. In a short collection of review papers published in 2013 in the American Economic Association’s ‘Journal of Economic Literature’, Professor Nicholas Stern of the London School of Economics and Political Science drew attention to the problems of impact models, which assume that climate change only creates relatively small amounts of damage to economic output and does not affect the drivers of growth, such as productivity. In another paper, Professor Robert Pindyck of Massachusetts Institute of Technology concluded that “these models have crucial flaws that make them close to useless as tools for policy analysis”.

The IPCC report noted the severe limitations of the academic studies and provided the following summary:

“Global economic impacts from climate change are difficult to estimate. Economic impact estimates completed over the past 20 years vary in their coverage of subsets of economic sectors and depend on a large number of assumptions, many of which are disputable, and many estimates do not account for catastrophic changes, tipping points, and many other factors. With these recognized limitations, the incomplete estimates of global annual economic losses for additional temperature increases of ~2°C are between 0.2 and 2.0% of income (±1 standard deviation around the mean) (medium evidence, medium agreement). Losses are more likely than not to be greater, rather than smaller, than this range (limited evidence, high agreement). Additionally, there are large differences between and within countries. Losses accelerate with greater warming (limited evidence, high agreement), but few quantitative estimates have been completed for additional warming around 3°C or above.”

Despite these widely-accepted problems, Professor Tol confidently asserted in his blog that “the welfare change caused by climate change is equivalent to the welfare change caused by an income change of a few percent”. This statement exposes the extent to which Professor Tol’s analysis is at odds with the scientific evidence. In its summary of the evidence for impacts, the IPCC concluded:

“Without additional mitigation efforts beyond those in place today, and even with adaptation, warming by the end of the 21st century will lead to high to very high risk of severe, widespread and irreversible impacts globally (high confidence). In most scenarios without additional mitigation efforts (those with 2100 atmospheric concentrations >1000 ppm CO2-eq), warming is more likely than not to exceed 4°C above pre-industrial levels by 2100. The risks associated with temperatures at or above 4°C include substantial species extinction, global and regional food insecurity, consequential constraints on common human activities and limited potential for adaptation in some cases (high confidence). Some risks of climate change, such as risks to unique and threatened systems and risks associated with extreme weather events, are moderate to high at temperatures 1°C to 2°C above pre-industrial levels.”

The potential economic impact of climate change is an important issue. The current data overall do not support claims that warming of up to 2°C will create a net global economic benefit, nor that the impacts this century will necessarily be small. It is disappointing that the World Economic Forum is not promoting a more thorough understanding of the academic work in this area. 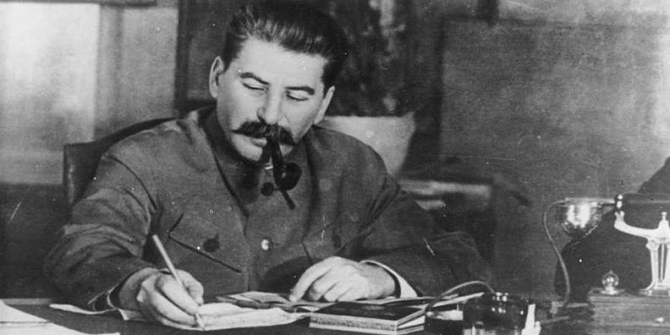