Theresa May’s appointment as Prime Minister was expected to bring about a more gender-balanced cabinet. Her reshuffle was one of the most radical in recent years – dubbed by some as the “the day of the long knives” echoing Macmillan’s brutal reshuffle which took place 54 years before (to the day). However, James Hand argues that that while it can be said that ‘the posh boys have gone’, the ‘boys’ nonetheless remain.

It’s been pointed out that the recent reshuffle saw the number of women in the Cabinet increase by one and, indeed, never before have two of the four great offices of state been held at any one time by women. The reshuffle also saw the appointment of the first female Lord Chancellor in modern times.  But when we look more closely, numerically this was a standstill, or even a retrograde reshuffle, in terms of increasing gender diversity in government.

Alongside Prime Minister Theresa May there are seven other women Cabinet members: Amber Rudd (at the Home Office), Liz Truss (Justice and Lord Chancellor), Justine Greening (Education), Baroness Evans of Bowes Park (Leader of the Lords), Andrea Leadsom (Environment, Food and Rural Affairs), Priti Patel (International Development) and Karen Bradley (Culture, Media and Sport). While the last four are new members of the cabinet, the departure of Nicky Morgan, Theresa Villiers and Baroness Stowell of Beeston reduce the net increase to one.

There is, however, a difference between the formal membership of the cabinet (which is limited by statute to 22 members) and those who sit around the cabinet table at meetings of the cabinet. In David Cameron’s last government, there were 29 attendees of cabinet whereas Theresa May has cut the number to 27. When looking at the composition of those attending Cabinet, there were 9 women around the cabinet table in the last Cameron cabinet (as the then Ministers of State for Business and for Work and Pensions attended) but only 8 in Theresa May’s first (as none of the extra attendees are women), rendering female representation down.

There is a further slight drop regarding the composition of the government. Looking at the number of people, rather than posts, women formerly comprised 24.4 per cent of the government and now comprise 23.9 per cent (but if we were to double-count those who held more than one post the figures show a slight increase in women at 23.8 per cent against 23.7 per cent). There is, however, a marked difference when looking at composition of the departments or offices.

Theresa May scrapped one department (Energy and Climate Change) and introduced two new ones (Exiting the European Union and International Trade) as well rejigging existing departments (given the statutory cap on the size of government, to make room for the new departments and the changes in responsibility nine departments lost ministers). Of the 28 offices listed in the full list of government appointments following Theresa May becoming Prime Minister, the number without any women in them has doubled from 6 under Cameron to 12, including both of the new departments and the Department of Communities and Local Government but not, despite the accusation by the Shadow Foreign Secretary, the Foreign Office (as was pointed was immediately pointed out by Alan Duncan).

A result of this marked increase in women-free departments is that the number of departments where women make up 50 per cent or more has increased by one from 5 to 6 and now includes the Home Office.

History and the future

The appointment of 4 new female Cabinet members means that since Margaret Bondfield was, in 1929, the first female UK Cabinet minister to be appointed, 43 women have now served as members of the UK Cabinet. In that context, to have 8 female Cabinet members at one time is highly notable but it is no different from the last Blair Cabinet and of little difference to the post-coalition Cameron cabinets.

The representation of women in government and cabinet does exceed that of the Conservative parliamentary party (where women make up only 20.6 per cent) but this only raises questions about its sustainability. The first May Cabinet does also surpass the target for women on boards of FTSE 350 companies. But, taken altogether, it is by no means a big step forward for gender diversity within British politics.

James Hand is Associate Senior Lecturer at the University of Portsmouth.

The myth of polarisation in Northern Ireland: rethinking claims that instability is due to increased polarisation caused by power-sharing 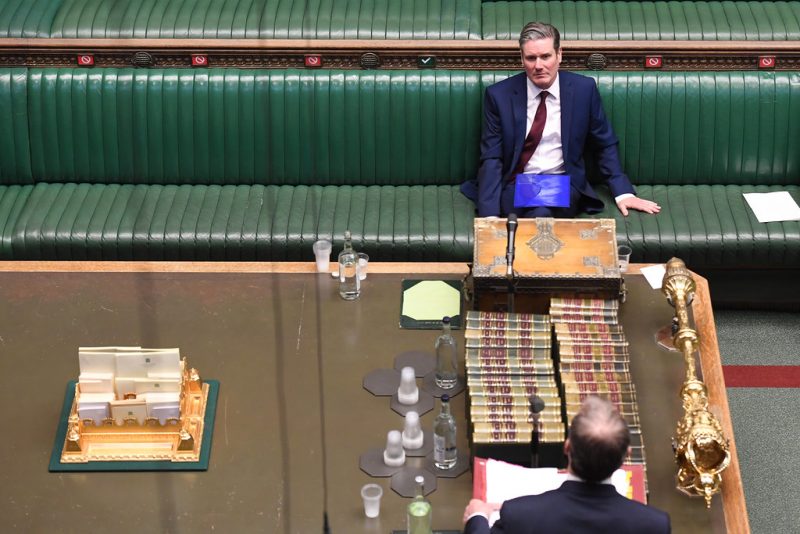