Northern Ireland has been without a functioning Executive or Assembly since January 2017. Jill Rutter and Jess Sargeant detail the consequences, which would be particularly severe in the case of a no deal Brexit, and set out proposals for reform.

When a local council collapses, the government sends in commissioners to sort it out. But the government has allowed Northern Ireland to near 1000 days being run by civil servants without ministers in charge, and it’s still nowhere near the top of the political agenda. In the era of the Troubles, Prime Ministers expected to spend a lot of time on Northern Ireland and Northern Ireland issues, but the failure to restore the power-sharing executive in Stormont is the subject of an occasional trip to Belfast, not a big preoccupation.

The Institute for Government’s new report, Governing without ministers, details the consequences for Northern Ireland of the lack of political leadership since January 2017. There is a growing in-tray of difficult decisions – not least as public services continue without reforms that civil servants think are necessary – which cannot be made without political cover. In other areas there is a legislative backlog, due to the inability of Stormont to legislate and the reluctance of Westminster to move to cover gaps. Perhaps the most egregious example of inaction is the failure to respond to the Hart Inquiry on Historical Institutional Abuse, with victims still uncompensated over two years after the report.

This stasis reflects a tactic of the UK government under Theresa May: the idea was that inaction in Westminster would put pressure on the parties to get back into government. So far, so unsuccessful. But it also reflects the fact that the government’s minority position makes any legislation a potential vehicle – the new Executive Formation Act in the summer was hijacked by MPs to ensure that Parliament could not be prorogued until 31 October.

In the absence of ministers, civil servants have been responsible for keeping the show on the road – and it is to their credit (though perhaps a concern at the lack of local faith in politicians) that there is not more local outcry about the governance limbo.

But this has been a bad time for Northern Ireland to be without a power-sharing executive: it has meant that Northern Ireland has been without a political voice in the Brexit process. We cannot know whether a power-sharing executive would have been able to cope with the pressure of coming up with a common approach: but the joint letter first minister Arlene Foster and deputy first minister Martin McGuinness sent in the aftermath of the referendum was a promising sign.

Without a functioning government in Northern Ireland, and with the increasing acrimony between the political parties who otherwise would be colleagues in the executive, there has been little attempt to find the sort of workable way forward.

The lack of an executive has also meant that the North-South institutions are largely on ice – depriving the process of a potential forum to discuss some issues in a de-dramatised way with their Irish counterparts. Instead it has been left to the Northern Ireland civil service to warn publicly of the consequences of no deal for Northern Ireland – while the UK government’s own documents warn there is no sustainable long-term plan. It is also clear that some sort of direct rule would be necessary if the UK leaves the EU with no deal, as civil servants would not be able to effectively manage the consequences without ministerial cover.

Reimposing direct rule now, and at a time when relations with the Irish government are at their lowest point for decades, would be a retrograde, if unavoidable, step. It is difficult to see a quick exit. But the UK government needs to redouble its efforts to restore power sharing before faith in the local institutions, which is declining, drains away.

In our report we argue that it is not just locally accountable government that Northern Ireland needs back, but better government. For the first two decades of power sharing it was wonder enough that an enforced coalition of adversaries could work at all. It is not a way of governing we require of politicians anywhere else in the UK. And it is hardly surprising that civil servants prioritised making the executive work. But there is a need for reform as well. In the course of drawing up our report, we heard that there was too much focus on short-term political gain within the executive, and little willingness to confront long-term decisions or address long-standing problems; and there was more interest in securing cash from the UK taxpayer or the EU and less attention to value for money. All of this was compounded by a lack of scrutiny from an effective opposition or the Assembly. The report of the inquiry into the ‘cash for ash’ scandal – due out by the end of the year – is likely to be very critical of both ministers and civil servants.

That report will make proposals for change, but we have also suggested seven areas where we think reforms could help. For example, many people told us that Northern Ireland lacked a vibrant policy community – so we think there is a case for creating new institutions to buttress policy-making, drawing on international best practice, encourage more policy sharing across the governments of the UK and Ireland and look to see how citizens can be given a bigger voice in policy-making. The launch this week of a new Northern Ireland policy think tank, Pivotal, is a welcome step to boost local debate. We think there is a case for further civil service reform in Northern Ireland – and another look at both local government and arm’s length bodies. More also needs to be done to support scrutiny by the Assembly.

But it is not just in Northern Ireland that change could help. Two decades of peace has meant Northern Ireland has been marginalised in Whitehall and too few officials are NI-literate – instead they see devolution through the very different lens of Scotland. Prime Ministers have not taken the post of Northern Ireland secretary seriously, and they should always ensure they appoint someone who can command respect there. The secretary of state also needs to be able to spend significant time in Northern Ireland – the Westminster parties should guarantee pairing. Westminster politicians must be more conscious of the role they need to play as guarantors of the Belfast/Good Friday Agreement and do nothing, however convenient politically, to compromise that vital role.

The Troubles meant that past Prime Ministers had no option but to make Northern Ireland a priority. Their successors need to show a similar degree of commitment to ensuring that the citizens of Northern Ireland are governed, and governed well.

The above was first published on Democratic Audit. It draws on the Institute for Government’s report: Governing without Ministers, available here. Featured image credit:  Pixabay.

Jill Rutter is Programme Director for the Institute for Government.

Jess Sargeant is a Researcher at the Institute for Government. 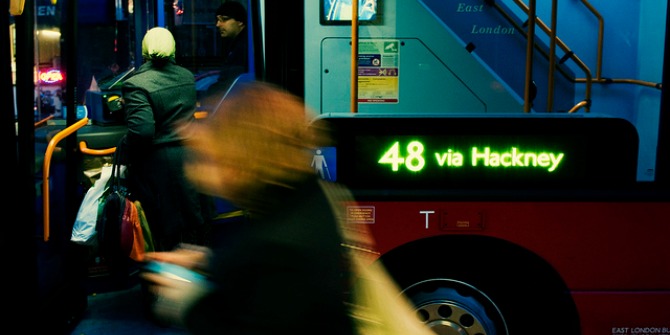