Boris Johnson recently told a private meeting of Tory MPs that the success of the UK’s vaccine programme was because of capitalism and greed. By associating capitalism with greed, it can be inferred that Johnson’s understanding of capitalism is a reductive one, misleadingly conflating enlightened self-interest, property rights, and individualism with the pursuit of greed, writes Pippa Catterall.

On 23 March 2021, Boris Johnson was widely reported to have told the 1922 Committee of backbench Tory MPs that ‘the reason we have the vaccine success is because of capitalism, because of greed, my friends’. It was, the Prime Minister swiftly admitted, a remark he regretted. Those opponents of his on the backbenches who leaked it no doubt saw it as something that he should have cause to regret. Yet there is more to this episode than the continued undercover squabbling in Britain’s ruling party. This political figure, who has made a career out of obfuscation, ambiguity, and dissimulation, immediately – as so often and usually with success – tried to pass this gaffe off as a joke. Yet this was a remarkable and rare moment of candour. For what it reveals about him and his government is worth further exploration.

Most obviously, it reveals that Johnson cannot resist saying something that is palpably untrue if it serves to make what he sees as a politically useful point. Indeed, in his speech Johnson contradicted his own claim by praising AstraZeneca for producing the vaccine at cost. This is not usually taken as a sign of greed.

It may be that Johnson was conscious of this contradiction. Otherwise, his invocation of greed reveals a profound ignorance of how scientific advancement tends to work. In response to the tendency of nationalist governments right from the start of the pandemic to flag-wave about the science, Adrian Hill – the head of the Jenner Institute at Oxford where much of the work on the AstraZeneca vaccine took place – laconically pointed out ‘that isn’t how things happen’. A quick search of reports, even in the mainstream as well as the scientific media, will reveal that the trope of collaboration is pervasive in accounts of the process of developing the vaccines. Greed, until Johnson, was contrastingly never mentioned.

Of course, the vaccine success that Johnson was actually boasting about to his MPs was not the international development of the vaccine, but its roll-out in Britain. The Big Pharma companies Johnson went out of his way to praise have certainly made some contributions to this by supplying the doses in the first place. Yet AstraZeneca’s contracts with Britain which underpinned Johnson’s comments have little to do with free-market capitalism. Profit-motives also do not seem to be the decisive factor in processes of distribution, let alone in the NHS organisation of the actual vaccination programme.

Mobilising and feeding greed, nonetheless, does seem to have played a key part of the Johnson government’s approach to managing the pandemic. Much has already been written about highly dubious bending of normal procurement rules, with lucrative government contracts given to various rapacious organisations whose main qualification to carry out the work all too often seems to be their ready access to ministerial circles. However, attention thus far has tended to focus on accusations on nepotism. What Johnson’s remark suggests is that this approach is in fact reflective of a core tenet of his government. This deliberate encouragement of greed is so systematic as to suggest, reinforced by the revelation of Johnson’s recent remark, that he sees greed as a fundamental driver of efficient delivery. There have indeed been some attempts in economic theory to examine whether corruption and greed are efficient, avoiding as they do all that time-consuming and costly compliance and accountability. They do, however, have a tendency to lead to misallocation of resources and the encouragement of rent-seeking, neither of which is either efficient or desirable. Transparency International’s work, for instance, reveals the coincidence between high levels of corruption and high levels of national inequality and poverty. This suggests that Johnson’s belief in the value of greed is misplaced.

It is interesting that he rhetorically associated capitalism with greed. We can only assume that in his mind the two are indeed intertwined. This infers that Johnson’s understanding of capitalism is a reductive one, essentially and misleadingly conflating enlightened self-interest, property rights, and individualism with the pursuit of greed. Like many of his political generation, he also seems to assume that neoliberalism equates to allowing free-rein to businesses and the greed of those who run them. This reflects ignorance of the emphasis placed by figures like Hayek on the importance of accountability, albeit through mechanisms such as the market.

Johnson attempted to pass off his comment as a jokey reference to the invocation that ‘greed is good’ in the 1987 movie Wall Street. This raises the question of whether Johnson has seen, let alone understood, Oliver Stone’s Faustian drama. The movie does not present greed as good. Indeed, in the film greed is shown as efficient only for the crooks who pursue it, whose gains are at a cost for society as a whole. This is not an appropriate subject for levity. The attempt to pass it off as a joke is, however, in keeping with Johnson’s common practice of turning anything misspoken into something plausibly deniable. It is a way of hiding what he really believes in plain sight beneath a carefully curated act.

The rapid withdrawal of the remark reveals how aware the Prime Minister is of not letting the mask slip, even before a supposedly friendly audience of Tory MPs. Several competing explanations, of varying plausibility, were offered to journalists to explain his comment about greed. Johnson’s anxiety to distance himself from greed’s unsavoury connotations was obvious and understandable. For Johnson is usually very careful to avoid direct association with anything in the public mind other than his carefully projected persona. His political appeal has little to do with policy or ideology and is built around a larger than life personality, reinforced by a cunningly constructed jokiness. Clever and pithy slogans focused on delivery and playing to populist frustrations with supposed red tape are central to his electability. So is an ability to play on various aspects of the English imagination of themselves. His rhetorical conflation of national identity, capitalism and greed was therefore a rare misstep. Capitalism, even among Conservatives, is not universally associated with English national identity. Few of those Conservatives would feel comfortable associating the national genius with greed as well.

It was also a misstep for Johnson to present a linkage between national identity and capitalism and greed as fundamental to his own beliefs. Notably, Johnson did not withdraw the comments extolling capitalism. It was the association of both capitalism and himself with greed through the addition of the words ‘greed, my friends’ that he regretted. This observation, whatever the subsequent denials, was clearly not a mistake but an explanatory gloss of how Johnson thinks capitalism works. That he assumed his audience of Tory MPs would all see an association in that way as well is implicit in his confidential inclusion of them in his remarks. Johnson presumably felt that he could admit that greed is a fundamental principle of his government when among ‘his friends’. Now we all know.

Pippa Catterall is Professor of History and Policy at the University of Westminster and is currently writing a book on prime ministerial statecraft and strategy.

Photo by Jon Tyson on Unsplash. 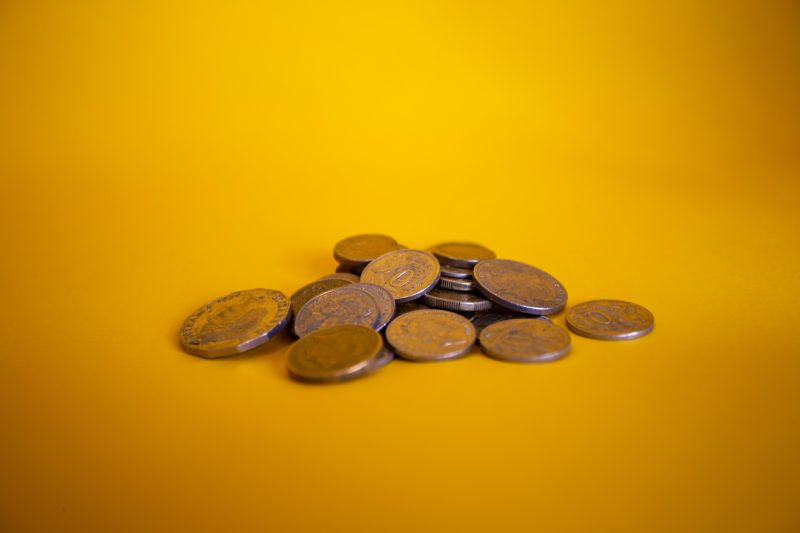