The UK government has proposed maintaining a ‘common rulebook’ with the European Union following Brexit, which would in principle prevent non-tariff trade barriers from developing. But if this proposal fails and the UK leaves without a deal, how would British manufacturers be affected? Robert Basedow draws lessons from the South Korean car industry, noting that manufacturers based outside of major regulatory regimes are not necessarily doomed to failure, but do face the extra costs of complying with different regulatory frameworks.

The highly controversial ‘Chequers Agreement’ of 6 July foresees that the United Kingdom maintains by and large free access to the European Union’s single market for goods after the end of the transition period in 2020 by adhering to a ‘common rulebook’. This common rulebook would encompass common technical standards relating to issues such as product compatibility and quality as well as regulations relating to consumer and environmental protection. Such ‘regulatory alignment’ is supposed to keep so-called non-tariff trade barriers between the United Kingdom and the EU low. In the absence for instance of common safety standards for electronic goods, the EU or the United Kingdom’s customs authorities may refuse the import of certain goods due to concerns over consumer safety. Common rules can avoid such barriers.

Many critics – and most notably former Brexit Minister David Davis and former Foreign Secretary Boris Johnson – warn that the May government is about to trade off British democracy and sovereignty and turn the United Kingdom into a colony of the European Union. They argue that the ‘common rulebook’ would make the British vassals of Brussels. Such concerns seem overstated. It is debatable whether the elaboration of for instance highly technical product compatibility or consumer safety rules form part of the core of national sovereignty and democracy in modern statehood.

State authorities often leave it to private sectorial associations at the national and international level to develop relevant soft law. Where states remain in the lead, rule-setting is typically delegated from parliaments to independent, non-elected and highly specialised regulators and technocrats. What is more, countries like Switzerland, Norway and Iceland adhere to more comprehensive ‘common rulebooks’ than foreseen in the Chequers Agreement and few people would suggest that these countries have turned into authoritarian colonies. The claim that a ‘common rulebook’ would undermine British sovereignty and democracy seems at best slightly exaggerated.

Nonetheless, it remains unclear whether the May government will succeed in seeing off opposition in her own party and agreeing with the EU on a common rulebook and more generally the course of action laid out in the Chequers Agreement. Due to the persistent uncertainty over regulatory alignment, it is illuminating to assess what would happen to British manufacturers in the absence of a ‘common rulebook’.

A key difference between the United Kingdom and South Korea is that South Korea is not geographically part of one of the two dominant global regulatory regimes for cars – the US American and the European UNECE regime. South Korea’s intermediary position between the two regimes is problematic. Some European and American rules are incompatible. If a car is built to comply with US rules, it violates European rules and vice-versa. So how do South Korean car manufacturers and suppliers operate and compete in this position?

South Korean car manufacturers have found a pragmatic yet costly solution. Most car manufacturers deal with their intricate position in the regulatory periphery of the world economy by operating different factories and production lines for cars going to different markets. South Korean manufacturers for instance export diesel-fuelled cars predominantly to the European market or markets adhering to European rules. Diesel-fuelled cars are thus specified to match European safety and environmental rules as developed in the UNECE and EU legislation. Gasoline-fuelled cars, on the other hand, are primarily exported to Northern American markets and therefore specified to match US-American NHTSA rules for passenger safety and Californian state legislation for environmental protection rules. What is more, South Korean car manufacturers often have to maintain a third production line for cars sold in the home market. South Korea maintains its own national set of car-related rules, which is sometimes depicted as a hybrid regime.

South Korean car manufacturers are, despite these complications, rather successful. But he disintegration of production chains to match different regulatory regimes – which nevertheless aim for similar levels of passenger safety and environmental protection – does impose significant opportunity costs on South Korean manufacturers. South Korean manufacturers are forced to forego economies of scale, which increases per unit costs and limits competitiveness on world markets. The South Korean government has sought to address this problem in recent trade negotiations with the EU and United States by pushing for the mutual recognition of national rules but without success. Instead, the EU has been remarkably successful in promoting European rules on world markets and in Asia in recent years.

What lessons can we draw from the South Korean case for the British manufacturing sector in case of a hard Brexit? First, the South Korean example suggests that manufacturers based in periphery economies in-between major regulatory regimes are not necessarily doomed. If they are efficient enough to off-set the extra costs attached to complying with different regulatory regimes, they can survive and prosper. Yet the mentioned extra costs are the infamous welfare losses many experts warn about in the Brexit debate. They materialise through higher car prices, lower sales, lower employment and salaries. Most governments try hard to avoid regulatory differences where possible.

Second, the South Korean example implies that even if the United Kingdom did renounce a ‘common rulebook’, British manufacturers would be forced through markets to specify and demonstrate compliance of their products with foreign regulations. British rules would only apply to sales in Britain. Third, the case of South Korea suggests that British hopes of promoting British rules in the world economy are unlikely to be realistic. South Korea with its 51 million people and the United Kingdom with its 66 million people are after all both only a small peninsula and archipelago on a planet of some 7.5 billion people. 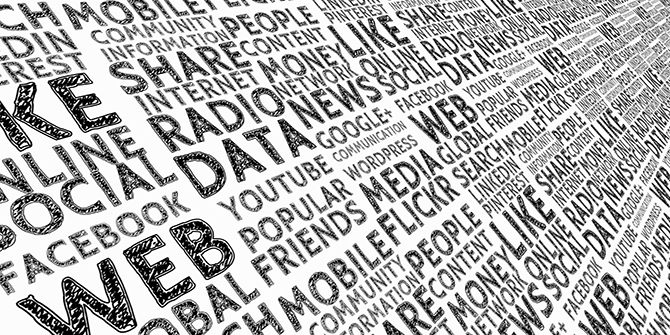