Amidst the noise of the Brexit referendum, there was a strong signal of trouble in Labour’s heartlands. Starting with the example of Peter Lee – and the town named after him – John Tomaney reflects on the long history of Labourism in North East England before looking forward, to what appears to be a coming crisis of support in the region.

Peter Lee was born in Duff Heap Row, Fivehouses, Trimdon Grange in 1864, the son of a miner. Aged ten years, Peter went down Littletown Colliery, near Durham. His first pit job was as a pony driver. He progressed to become a putter, shifting tubs and, by sixteen, he was working alongside his father and brother as a hewer, getting coal from the face. It was a hard job and Peter Lee was a hard man. In his youth he was a drinker and fighter. He was saved by a love of books, a belated commitment to self-improvement and, above all, marriage to his childhood sweetheart, Alice Thompson. Under her influence, Peter gave up drink, settled in Wheatley Hill and became a Methodist preacher.

But he remained a fighter, organising his fellow workers in the Durham Miners Association (DMA) to improve the dreadful conditions below and above ground. He became general secretary in 1919 and remained so until his retirement in 1936. He was elected to Durham County Council and, when the Labour Party won control of it in 1919, Peter Lee became its leader. He set about improving housing, roads, sanitation and water and, reducing infant mortality and improving life expectancy.

Peter Lee personified Labourism in the North East. The town of Peterlee honours his place in the pantheon of Labour heroes. Founded in the industries of ‘carboniferous capitalism’ and communities around them, slowly winning control of local councils, the Labour Party used its power to improve the conditions of working class people. It was the people’s party with deep and extensive roots in villages and towns. It promoted a pragmatic municipal socialism founded on ideas of community.

The record of local government contributed to Labour’s landslide victory in the general election of 1945 and to the creation of the NHS and welfare state. Labour held power for generations in the North East because it delivered massive improvements in living standards for ordinary people; I recall my late Grandma speaking with undimmed wonder about the experience of moving out of a pit cottage into a council house with an inside toilet in the 1940s.

Of course there was much to criticise in old Labourism, even in its heyday. Peter Lee personified some of the weaknesses. His governing style was ‘benevolent despotism’, according to his biographer. He had the DMA build him a well-proportioned house – Bede’s Rest – overlooking Durham Cathedral, befitting his status in the new establishment. The gap between ‘officialdom’ and the people existed from an early stage. This breach widened after the Second World War when erstwhile revolutionaries like T Dan Smith made their accommodation with technocratic modernism in order to remake communities in the name of progress. Nationalisation and the centralised welfare state undermined the local traditions of mutualism.

Come 2016, the Labourism that transformed the North East is in deep crisis, kept alive by waning historical sentiment. Thatcherism accelerated the demise of industries that supported close-knit communities and finally broke the networks that connected union, party and local government. The new industries that have emerged to replace the old too often have provided low paid and insecure jobs. Local Labour leaders have heralded such developments as “successful regeneration”. 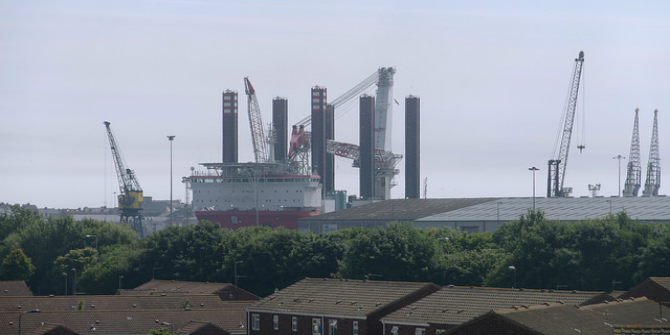 Hartlepool docks from the Durham Coast Line train. The Leave vote in Hartepool was 70 per cent (Image: Matt Buck CC-BY-SA 2.0)

The Brexit referendum saw the North East vote decisively for Leave. At heart of this vote in the North East was working class resentment at long declining living standards, revealing that the story of successful regional regeneration is not believed by many voters. A chasm now exists between the party and its supporters. UKIP is best placed in the North East to feed off working class anger even if it does not have a credible policy for regional development. UKIP took a 28 per cent share of the vote in Hartlepool in the 2015 General Election compared to Labour’s 36 per cent. In the Brexit referendum Hartlepool voted by 70 per cent to leave. Of course, UKIP could implode, but these are danger signals for Labour, which takes comfort in large but fragile majorities.

The North East is still a Labour heartland, but this ascendency is an illusion. The experience of Labour in Scotland shows how quickly and dramatically that domination can collapse. Is this inevitable? Labour is popular in London, as evidenced by the election of Sadiq Khan as mayor in 2016. London also voted firmly to remain in the EU and UKIP took only two of 25 seats in Greater London Assembly despite the advantages of proportional representation. But appealing simultaneously to the concerns of London voters and the very different interests of voters in the deindustrialised North is Labour’s massive challenge and a component of the current civil war in the Party. Neither of the opposing factions offers a language and programme that could have wide appeal in the North East.

Durham County Council has been a Labour fiefdom since Peter Lee assumed control in 1919. I was brought up in the culture of Labourism and I respect it. Old loyalties kept the electorate onside as New Labour presided over growing inequality. But the stories grandmothers told their grandsons have lost their power. It seems likely that we are witnessing the end of an era. Brexit signalled the sudden arrival of a hidden crisis for Labour in the North East.

John Tomaney is Professor of Urban and Regional Planning at UCL. 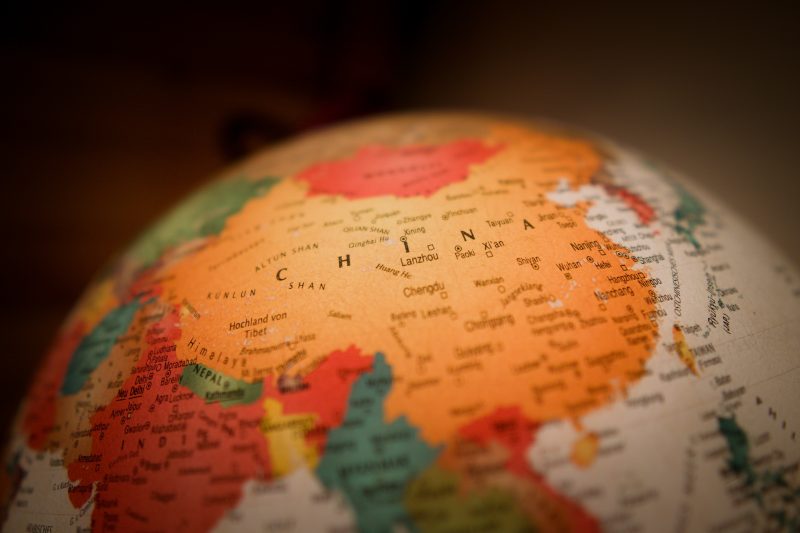