Asset-based welfare is based on the idea that owning a home can have a welfare-function by acting as a store of wealth and as a reserve of cash. However, as Johnna Montgomerie shows here, the spatial and temporal dynamics of the UK housing market ensure that homeownership does not (and arguably cannot) deliver welfare provision.

Asset-based welfare is a set policies that seek to diversify households’ dependence on publicly-funded welfare programmes income by promoting greater levels of asset ownership. These policies explicitly stress a new approach to social policy where the state seeks to foster certain characteristics in its citizens, such as prudent savings habits, investing in pensions and homeownership. In policy-terms it means promote ‘the welfare-function of housing’ which relies on two principle assumptions: first, the home is a store of wealth allowing households to redistribute this wealth over the life cycle; and, second the home is a reserve of cash, inasmuch as the equity stake can be converted into money through additional borrowing. Inscribed in the welfare-function of housing are two highly contentious assumption about how households hold assets and accumulate wealth over ‘the life-cycle’.

To sum it up briefly: a first-time homebuyer is supposed to be relatively young, making mortgage payments throughout the first half of his or her working life until the mortgage is paid off; then, when earning potential is at its highest later in working life, the mortgage is paid and income can be invested in a wider portfolio of assets. Then when an individual retires, the home is sold as a one-off cash windfall to fund retirement. In this respect, housing acts as a pension, in which contributions are made throughout working life in order to build a wealth holding substantial enough to draw on when an individual exits the paid labour force. The first problem is that the life-cycle assumes a balance between income, assets, savings and debt changes across an adult’s lifetime; more problematically, it assumes stable economic growth, low unemployment, stable working careers and a numerical balance between birth cohorts. However, finance-led growth has fundamentally changed the UK economy destroying these very economic conditions.

Moreover, households cannot know or control the housing market, whether one gains or losses from house price fluctuations is, ostensibly, luck. This means that some households were able to buy at the right time and realize significant wealth gains, while other households purchased highly leveraged assets in the middle of a bubble and consequently exposed to external factors such as liquidity in global credit market; other households were priced out of housing altogether. Therefore, residential housing can be a wealth-generating asset or a highly-leveraged vehicle capable of decimating the household’s entire financial security.

This article demonstrates how the spatial and temporal dynamics of the UK housing market ensure that homeownership does not (and arguably cannot) deliver welfare provision, at least in the way envisioned by asset-based welfare initiatives. This is because welfare gains of homeownership are temporally, spatially and socially contingent, meaning only certain groups of homeowners, i.e., particular age groups and those living in urban and suburban areas benefited from residential housing in the way that could be called asset-based welfare. Moreover, housing-based welfare created new intergenerational inequalities and an enormous debt overhang that continues to plague the British economy. 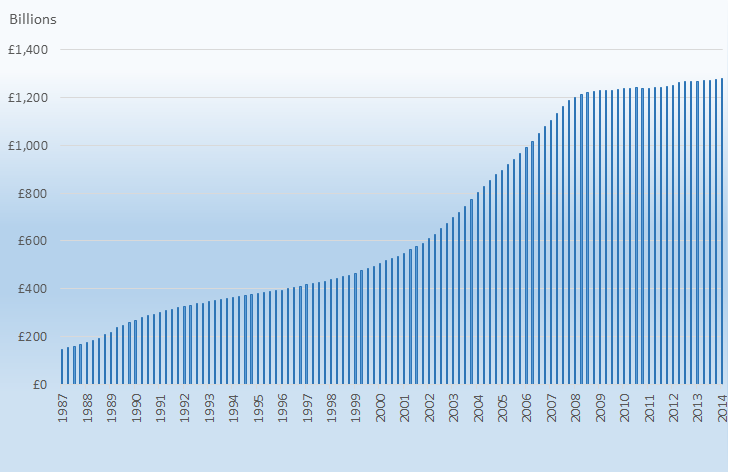 In addition to indebtedness through large mortgage loans, home equity withdrawal is recognisable part of asset-based welfare strategies to promote new financial instruments that allow households to convert assets into debt to smooth out income fluctuations over time, in other words to provide a welfare function. Home equity withdrawal (HEW) takes two main forms: (1) equity release enables households to borrow against the value of their home that is already owned outright (like the Home for Life Plans) which specifically targets older and/or retired home owners; (2) equity borrowing involves converting the equity stake in the home into more mortgage debt, or more problematically increased mortgage borrowing against the increased ‘paper’ value of the home.

Finance-led growth has transformed owner occupation from a ‘safe as houses’ asset to a highly leveraged debt vehicle. It is highly problematic to continuing to assume residential housing is a static and unchanging asset-class, it depoliticizes how asset-based welfare intensifies household indebtedness.

In this context the life-cycle is not a predictive concept to explain how individuals will borrow and save; rather it is a normative concept that inscribes ideals about how individuals should behave in growing, stable and balanced a priori economy. However logical, and necessary, these assumptions are to construct a model of asset-based welfare they rely on a temporal erasure of socio-cultural change; in short, the last 30-40 years of economic conditions are unthinkingly used as a predictor of the next 30-40 years. We know that financialisation has fundamentally changed the housing market and, in doing so, transformed the life-course of different cohorts. 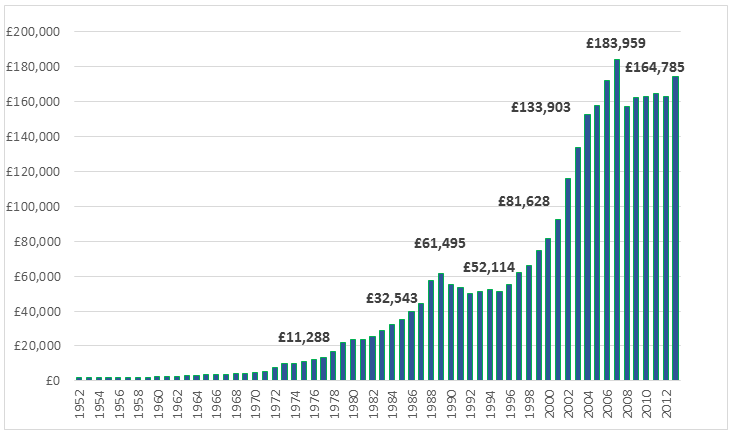 Housing-based welfare strategies simply assume that if spectacular housing gains happened once it will happen again. However, we argue that welfare and/or wealth gains from UK housing market cannot be replicated, generalised or transferred because they are contingent on specific temporal and spatial factors. In practice, the temporalities of financialisation translates into specific conditions that shape different cohorts relationship to housing. For example, older cohorts entered the housing market at the best time: property prices were low and even if they initially paid much higher interest rates on mortgage loans, they did so on much smaller principle and benefited from Mortgage Interest Tax Relief (MITR); the housing bubble brought high prices and falling interest rates so many of these households are actually repaying a larger amount principle. By comparison, younger cohorts entering the housing market post-2000 would, depending on the year and location, paid much more for housing and any gains of lower interest rates would be off-set by the substantially larger amounts borrowed without any tax relief on loan repayments.

The temporal constraints on realising wealth gains from housing creates pronounced intergenerational inequalities—seriously undermining the ability of housing to deliver asset-based wealth gains, let alone provide a welfare function over the life-cycle of individuals that enter the housing market at different times. Housing ‘choices’ are ultimately constrained by wider societal structures, which in turn shape the tenure options available to individuals and families. Sustained house price inflation punctuated with periods of intense price volatility has created our present-day affordability trap. In particular young adults are being excluded from accessing the housing ladder with research highlighting a declining rate of entry into owner–occupation amongst the under-thirties and the rate of homeownership amongst this cohort has halved since 1980, falling from 18 per cent in 1980 to 9 per cent in 2007. Increasingly young adults have only private rental accommodation—labelled ‘generation rent’ by the media.

In conclusion, the current finance-led growth regime offers a ‘round the houses’ way of delivering welfare provision: beginning at the Bank of England with easy credit that flows through the investment and retail banking system, filtering into the real estate and other financial services sectors (lawyers, insurers, etc.) and, potentially, fuelling consumption in construction and other trades linked to the housing market. Households take on a large amount of high-cost debt (especially compared to the rates the banks borrow at) and depending on when and where they bought their home, households may realise wealth gains sometime in the future. This system constitutes ‘trickle-down’ welfare, where the windfall gains of a small group are considered sufficient to fuel gains for the rest of society. It does not work and will not work.

Note: This article gives the views of the author, and not the position of the British Politics and Policy blog, nor of the London School of Economics. Please read our comments policy before posting. Featured image credit: Images money CC BY 2.0

Johnna Montgomerie is Lecturer in Politics and Economics, Goldsmiths, University of London. She tweets from @j_montgomerie. 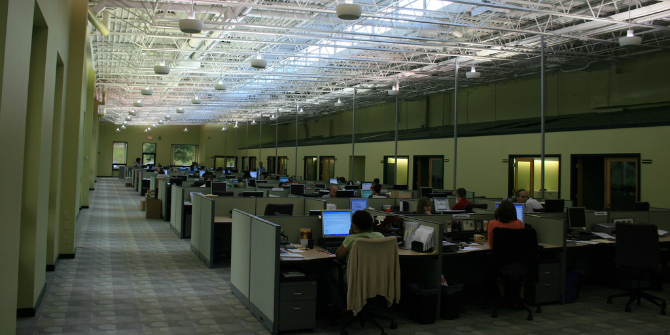