‘DevoMax’ will not be an option on the ballot paper in the Scottish Independence Referendum next year even though it is more popular among the electorate than independence. Arno van der Zwet and Craig McAngus explore how Scottish attitudes to the two options vary according to national and party identity. They find that perceptions of national identity polarises assessments of Scotland’s performance under independence more so than it does for DevoMax. Also, people’s assessments of Scotland’s future do not always match their actual constitutional preferences, suggesting that the referendum result is more uncertain than opinion polls may suggest. 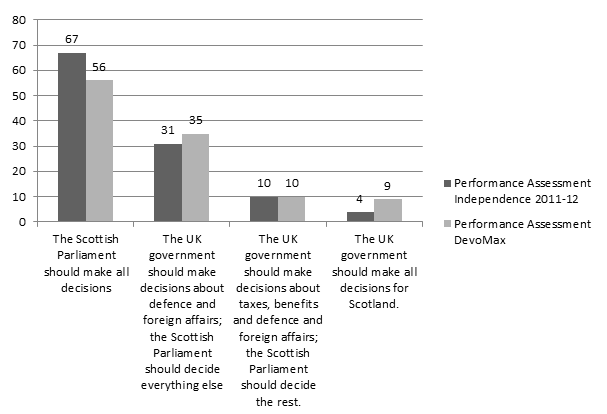 Data source: Scottish Social Attitudes Study
* Respondents were asked to choose their primary identity, only Scottish and British have been included in the analysis.

Given the opinion polls over the last couple of years, coupled with the polarised nature of the inter-party debate, one would expect to find that those who affiliate themselves with a pro-UK party to be similarly negative about the performance of an independent Scotland.  Table 6 below shows the mean performance assessments of party identifier groups:

Performance assessments measured on a 0-12 scale, with 6 being the neutral point.  Figures in parentheses represent the standard deviation.

Arno van der Zwet is a Research Fellow at the European Policies Research Centre at the University of Strathclyde. He currently holds an ESRC postdoctoral fellowship (ES/J003468/1)

Craig McAngus is a Research Fellow at the University of Stirling.  He is currently working on a branch of the ESRC’s Future of the UK and Scotland project which looks at whether Scotland can becoming a more gender equal society. 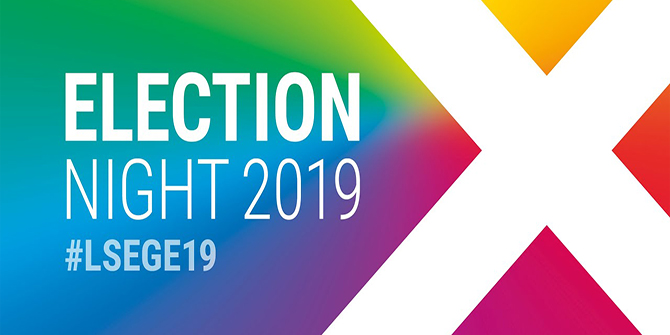