The SNP have swept the electoral map in Scottish, winning all but three seats. With a Conservative government south of the border, Craig McAngus argues that the ‘significant change’ threshold put on another referendum by the SNP may now have been breached.

The SNP have won 56 of Scotland’s 59 seats. This is an unprecedented result and represents a genuine transformation in Scottish politics. Swings of 25-30% from Labour to the SNP were not only providing the SNP with Labour casualties, but they have completely annihilated and humiliated them. Labour have gone from 41 seats to just 1. It truly is a historic result.

This is all well and good, but what this means in the wider scheme of things was always going to be determined by what happened elsewhere in the UK. At the time of writing, it is looking likely that there will be a Conservative government with a small majority. This has important connotations for the SNP and how they intend to achieve their ultimate objective of Scottish independence.

The polls were suggesting a Labour minority government supported by the SNP. This would have given the SNP the opportunity to shape the legislative programme in the next parliament. That will not be the case now, and the SNP’s constitutional strategy will thus become reactive as opposed to proactive.

A few Conservatives have been talking today about re-uniting the UK and have mentioned a federal solution to the Scottish problem. However, it is unclear what this means, and undoubtedly it will contain some sort of move towards English Votes for English Laws. Furthermore, in the face of the campaign that the Conservatives fought in England, there will justifiably be scepticism in Scotland of any proposals that they put forward. Furthermore, the SNP can’t be seen to be dealing with the Conservatives given their promise not to do so during the election campaign.

The question of legitimacy was raised by the Conservatives with regards to SNP MPs influencing a Labour minority government. The shoe is now on the other foot. Decisions made over matters that are reserved to Westminster will now be consistently assessed by the SNP in terms of how legitimate they are given that that Scotland has rejected the Conservatives bar one MP in the form of David Mundell.

Nicola Sturgeon has talked about ‘significant change’ being a potential catalyst for another push for independence. For example, the UK voting to leave the EU in a referendum with Scotland voting to stay would represent one of these changes. But with a Conservative majority, spending cuts are going to have a big impact on the social security system, for example, and these issues remain reserved to, and ultimately controlled by, Westminster despite the further devolution proposed in the Smith Commission. Scotland has voted for a party that pledged to end austerity, whilst the Conservatives wish to continue it apace, and there is undoubtedly going to be numerous situations where the legitimacy to push ahead with this programme in Scotland will be questioned by the SNP.

So, the notion of ‘significant changes’ has turned out to be a rather clever device for the SNP. It allows them to raise the spectre of an independence referendum again, and expect their 2016 Scottish election manifesto to contain some sort of commitment to one, perhaps the commitment to push for a referendum on condition that something does change. What that ‘change’ will be remains to be seen, but it will almost certainly be linked to this crucial notion of legitimacy. However, the one thing to remember is that the SNP will not want to push for a referendum if they are not sure they can win it this time around.

Craig McAngus is a Research Fellow at the University of Stirling. His research interests include political parties, public attitudes and constitutional change in the UK.​ 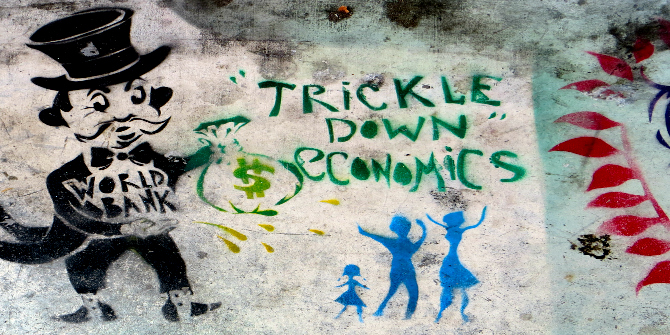