The name of Enoch Powell provokes consternation in many on both the left and right of British politics. But the sometime Conservative was a powerful influence on Tory Euroscepticism – probably greater than most would want to acknowledge, writes David Shiels. His views on Europe chime with recurring themes in the referendum campaign.

In the current ‘blue on blue’ debate about Britain’s membership of the European Union, politicians on both sides of the debate have invoked past heroes in order to justify their position on Brexit.  What would Churchill do?  What would Thatcher do?  Yet there is one politician whose views on Europe were not in doubt, and whose influence is still felt today: that is Enoch Powell.  As the most prominent Conservative critic of British entry into the European Economic Community in the 1970s, Powell was an outsider for most of his career, but his views have undoubtedly shaped the modern Tory critique of European integration.  In some respects, he can be regarded as the founding father of modern Tory Euroscepticism.

For many Conservatives today Powell’s legacy is wholly a negative one, bound up with his anti-immigration speech in Birmingham in April 1968.  Neil Kinnock’s recent suggestion that the rise of Euroscepticism in the Conservative party showed that Powell was ‘winning the argument from his grave’ was criticised by a prominent Conservative Brexiteer.  Yet Powell was a complex politician, also credited with anticipating the rise of Thatcherite economics.  His views on Europe are worthy of serious examination.

At the time of the 1975 referendum Powell was not even a member of the Conservatives.  In 1974 he had left the party – ‘deserted’ was the word used by Margaret Thatcher – and cast his vote for Labour, believing that Harold Wilson’s promise to renegotiate Britain’s terms of membership and offer a referendum made a vote for Labour the only viable option for opponents of the Common Market.  To many it seemed like an act of political suicide, the moment when Powell sealed his fate as an outsider in British politics.  From October 1974 until 1987 Powell sat as an Ulster Unionist MP, continuing to oppose further moves towards European integration.  It was only later, during the 1990s debates on the Maastricht Treaty and entry into the single currency, that Powell’s views on Europe seemed to take on renewed relevance for a later generation of Eurosceptics.  His influence has been acknowledged by mainstream Conservatives as well as leading figures in UKIP, and may well account for the attitude of Brexit-supporting Unionists in Northern Ireland.

Powell rested his case against British membership on the Common Market on the defence of Parliamentary sovereignty and support for free trade.  His call for British ‘independence’ from the EEC, his mockery of Brussels ‘bureaucrats’, and his denunciation of the vested interests in the campaign (notably the Confederation of British Industry) are echoed by Brexit-supporting Conservatives today.  A politician who, in the words of Ferdinand Mount, ‘represented the Brexotic temperament in its purest form’ Powell campaigned against the ‘Project Fear’ of the day.  Instead he offered a vision of Britain operating independently on the world stage, rejecting the economic and moral decline that he believed was affecting Western Europe at that time.

Powell’s opposition to the European project was primarily influenced by his experience of the Second World War, and his response to the demise of the British Empire.  His attitude to Britain’s place in the world was far removed from Churchill’s idea of Britain as a Great Power at the centre of three interlocking circles: the Commonwealth, the Special Relationship and Europe.  In some respects, Powell’s thinking is best understood as a form of British Gaullism, in the sense that he questioned the whole apparatus of the post-war settlement and was deeply uncomfortable about American influence in Europe.  He was not a supporter of what would now be called the ‘Anglosphere’ or of the ‘Special Relationship’ with the USA.  Unlike Thatcher he was not a Cold Warrior, and indeed he questioned the value of the nuclear deterrent and Britain’s membership of NATO.

Powell’s views on Britain’s relationship with Europe evolved over time in response to waning British power.  Once a passionate imperialist, he had flirted with the idea of imperial federation in the early days of his political career, but by the early 1950s he began to see Britain’s remaining imperial commitments as economic and political liabilities.  He disregarded the Commonwealth as an institution and did not believe that it provided a forum for British ‘influence’ in the rest of the world.

During the 1960s Powell actually supported Britain’s applications to join the Common Market, a position that was consistent with his attempts to redefine British identity in the post-imperial era.  Contrary to his later claim that he had misunderstood the true nature of what this entailed, Powell had been prepared to accept a certain loss of sovereignty as a necessary requirement of membership.  It was only at the end of the 1960s – after the infamous River Tiber speech that defined his career – that he reverted to a Eurosceptic position and developed a distinctive right-wing case against British membership of the EEC.  Political ambition was no doubt a factor, but his change of heart on Europe was also a response to the changing international situation and the idea that Britain’s domestic political system was in crisis.

By the early 1970s Powell was the most prominent Conservative backbencher to oppose Prime Minister Edward Heath’s decision to take Britain into the EEC.  He accused Heath of breaking his promise to secure the ‘full-hearted consent of the British Parliament and people’ before entry.  Powell expected that Heath’s actions would lead to a backlash against the Conservatives, splitting the party and leading to a generation of Labour Government.  While Heath succeeded in his ambition of joining the EEC, Powell had helped to popularise the idea that British accession to the Common Market was part of a great betrayal – an idea that remains popular in parts of the Conservative party today.

The fact that the UK is having a referendum in 2016 therefore owes much to the legacy of Powellite Euroscepticism, even if that legacy remains complex and disputed.  At the same time Powell is best understood in the historical context, as a man whose views on Europe were shaped by his own life experiences and the political circumstances of his day.

David Shiels holds a PhD from the University of Cambridge. He is a College Research Associate at Wolfson College and has been an Archives By-Fellow at Churchill College. He is completing a biography of Enoch Powell: The Outsider to be published by I.B. Tauris, and provides research for the authorised biography of Margaret Thatcher. 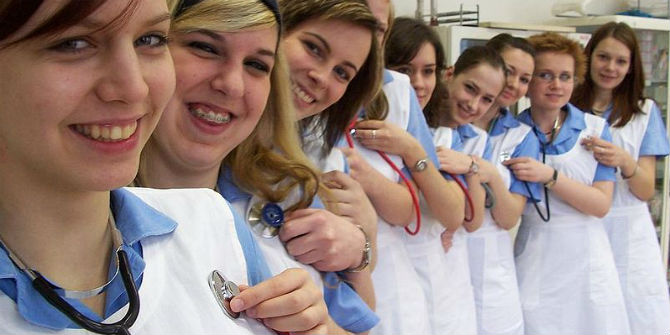 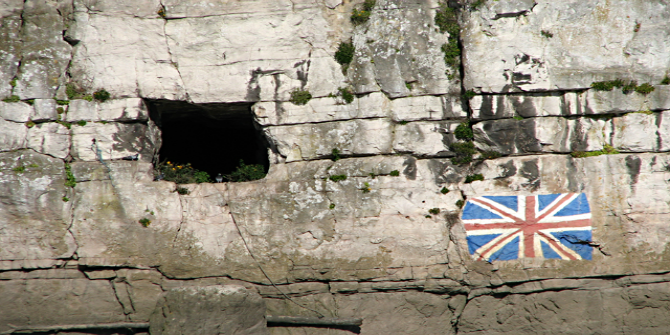