Recent research by Horst Joepen from Searchmetrics derives a ‘social media visibility’ score for 20 Russell Group universities, looking across their presence on Facebook, Twitter, Linked-in, Google+ and other media. The LSE Impact blog team have now charted these scores against the sizes of the universities involved. The results suggest that larger universities are having most difficulty in getting their social media presence off the ground, while LSE, Cambridge and Oxford are well ahead in this field.

This article first appeared on the LSE Impact of Social Science blog on 3 February.

What are the barriers to universities adopting social media and beginning to incorporate them successfully into how they work, and how they present themselves to the outside world? One of the most important factors commonly cited in organizational studies literature as creating resistance or barriers to new innovations is the sheer size of the organization. The consensus expectation here is that (ceteris paribus) larger organizations are less nimble in their decision-making and more conservative in their organizational cultures than smaller ones.

These points seem relevant for some of the early data being generated on how UK universities are using social media, in particular a recent analysis carried out by Horst Jeopen from Searchmetrics on how visible 20 prominent Russell Group universities are in social media terms. Using the weekly data that Searchmetrics collate in their social analytics database, they looked across the 207,900 links every week related to content on the websites of the Russell Group universities that are shared by social media. Facebook is most important being used for over 80 per cent of the links shared. From this analysis, they produced a table of scores headed by Cambridge, with Oxford in second place and LSE ranked third.

Now these results may not be the last word in how one tracks social media visibility, but the data are at least plausible on the face of it and they may be able to give us some useful insights in a sparsely populated field. The LSE Impacts blog approach is that some data (no doubt with limitations) are better than none at all. And what seemed interesting to us was how the ranking of these universities would fare when we standardized for their varying sizes. After all, the more students and staff universities have, the more people there are likely to link to the institution using social media.

Our full set of data are shown in the Table at the end of this blog, and we would welcome comments on the approach that we have taken. And our chart below shows the salient details of how universities perform on the size-standardized visibility scores that we have calculated.

Cynics will immediately notice that this way of doing things has the effect of moving LSE into top place on the chart, with Cambridge second, and Oxford third. Newcastle achieves an impressive fourth place and Queens University Belfast ranks fifth. UCL, Warwick and Edinburgh are close behind. Now this is a happy set of results for us, but this is not why we did this brief analysis. 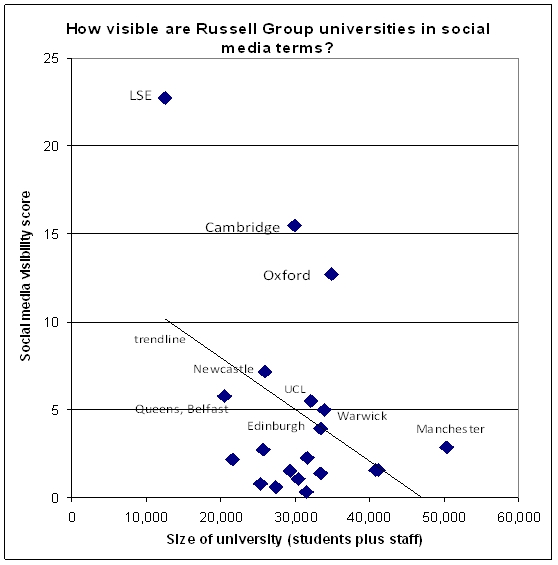 By far the most interesting thing here is the overall pattern in the chart – which seems to suggest that larger universities are having most difficulty in getting their social media visibility off the ground. There are exceptions to this, notably the University of Manchester which is markedly above the trendline in our data, and thus performing well considering its very large size. By contrast, there are some other well-known and sizeable universities who seem to be having difficulty getting their social media visibility off the ground at all, most notably Sheffield, but also Birmingham, Liverpool and Kings College, London.

Given the range of methods currently being used to try and show social media impact in university settings, there is plenty of room for debate about whether the apparent patterns here conform to other kinds of evidence. What ways of measuring social media activity by universities seem to work best in general? What patterns of innovation and involvement are we actually beginning to see across institutions?

Table of social media visibility scores and scores standardized for university size, for 20 Russell Group universities in the UK 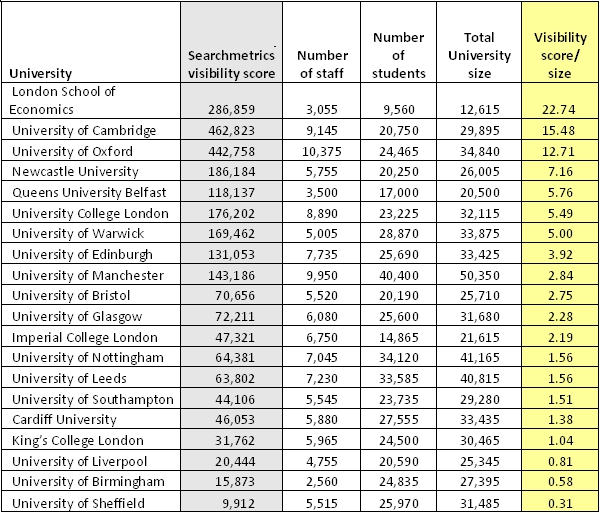 This article first appeared on the LSE Impacts of Social Science blog on 3 February. 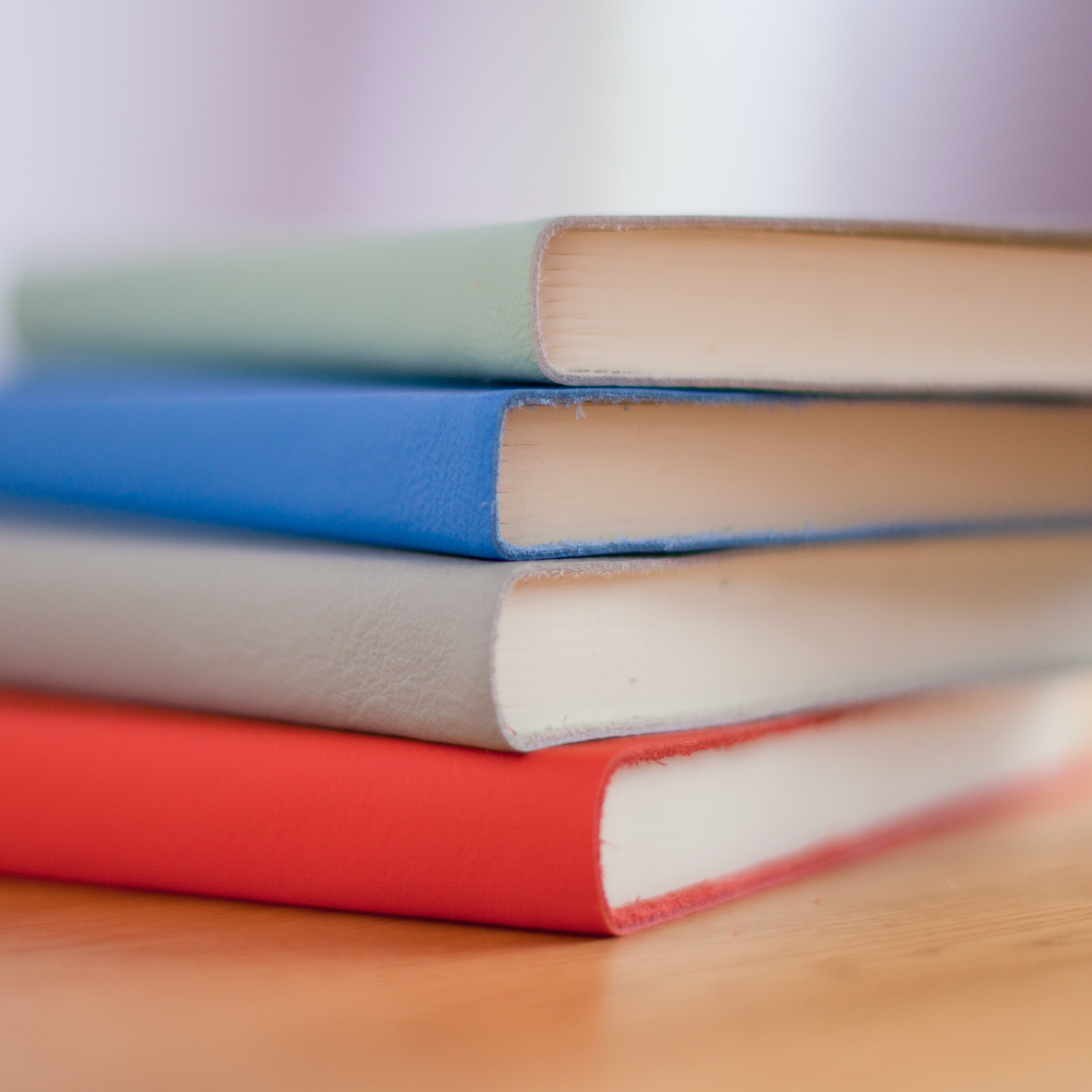