Maria Miller’s resignation was brought about by yet another expenses scandal. However, the real scandal, argues Imke Henkel, is that politicians are not being paid adequately for their work and instead have to go through bureaucratic hoops in order to claim expenses. The entire expenses claims system should be reformed in-line with the German and French flat-rate allowance so as to avoid any future issues.

The public anger against Maria Miller, the Cabinet minister who claimed considerably more in expenses for her home than she should have under Parliament rules, was overwhelming. During the days before Miller eventually resigned, a ComRes poll for Conservative Grassroots found that three in four British voters thought that Prime Minister David Cameron should sack her. Two in three Conservative supporters held the same view. The Times reported that nearly 140,000 people had signed an e-petition calling for Maria Miller to step down as Culture Secretary if she would not repay the £45,000 that she was accused of having overclaimed. The Sun had dubbed the Cabinet minister “Miller-pede”, identifying her with a wriggling, disgusting insect. Another poll for Conservative Grassroots and the right wing website Breitbart found what all this really was about: Over a third of those voters who had made their tick at the Conservative Party box for the 2010 election now said that they would reconsider their affiliation because the Prime Minister had dithered to sack his minister straight away. The Miller saga had become a stain on the Government’s record sheet, another instalment of the long running series “The inevitable fall of insatiable, arrogant and untrustworthy politicians”.

However, the forced resignation of Maria Miller was only superficially about greed. A closer look reveals a fundamental hypocrisy in British politics. Professional politicians should be able to assume that they will be paid adequately for their work. But British political leaders have shied away for a long time to stand up for their fellow MPs. Fearing the voter’s fury, the political leaders of all parties again and again gave in to pressure and rejected demands for a pay increase. Only recently David Cameron, Ed Miliband and Nick Clegg all demonstratively acted appalled when the Independent Parliamentary Standards Authority (IPSA), which was installed precisely to set MPs salaries independent from political interference after the expenses scandal of 2009, recommended a pay rise of 11 per cent. “Simply unacceptable”, said the prime minister and threatened to axe IPSA, which was only created five years earlier to heal the reputational disaster that the expenses scandal meant for British politicians. The “worst time” to advocate a double digit pay rise, commented Cameron’s deputy Nick Clegg. “Urgent action” demanded opposition leader Ed Miliband and explained in a letter to the prime minister: “It only undermines confidence and trust in our political system if the uncertainty about MPs’ pay is allowed to continue.” All three party leaders were clearly haunted by the spectre of voters turning away afresh from allegedly self-indulgent politicians. But are the elected representatives of the British people really as gluttonous as many seem to think?

British MPs are paid a relatively modest salary compared to their German and French peers, against whom they can be measured up most adequately – given the similar size and wealth of Britain, Germany and France. Since April 1st, British MPs get an annual base salary of £67,060. German MPs are paid about 20 per cent more: £81,310. French MPs receive £69,960, which includes a housing allowance of £1,630 and a tax-free “representation allowance” of £17,040. More significant are the differences in reimbursing expenses – precisely the topic that causes so much grievance in the political debate in Britain. German MPs are granted an annual tax-free allowance of £41,423, which is meant to cover rent, furniture and utilities for their office as well as the second home in Berlin, plus travel expenses such as hotel costs, cabs, fuel for a private car, and finally books, newspapers, lunch, invitations and so on. These are the same expenses that British MPs will have to claim back item by item and providing dozens of receipts. Similarly French MPs receive a (taxable) flat rate of £56,854 for their expenses – an amount that was cut by ten per cent in 2012. Both German and French MPs travel free by train, and first class. In contrast, British MPs have to reclaim their expenses for train tickets and will only be reimbursed for a 2nd class ticket.

British politicians are traumatised by the fallout from the expenses scandal of 2009. Ever since, the reputation of the political class had trouble to recover. Because of the expenses scandal even MPs who were elected afterwards in May 2010 feel that with entering Parliament they became members of a despised species. The suspicion that all of them are scroungers sits ready with a public that is regularly fed with stories like that of Maria Miller.

However, it was the lack of courage among party leaders to fight for and publicly defend an adequate and transparent pay system for MPs that caused the expenses scandal. The remuneration of politicians is controversial in all democracies. High salaries for MPs are unpopular and risk votes, especially if the MPs themselves decide on the level of their own pay. The history of salary increases for MPs is full of examples where advisory bodies recommended a substantial increase but the government decided against it. For example, the Top Salaries Review Body, established in 1971, recommended a salary increase from £4,500 to £8,000 in 1975, but the government settled for £5,750. In 1983 the same body advised an increase of 31 per cent. The government decided for a four per cent pay rise instead. In July 1996 the successor body, now called the Review Body on Senior Salaries, recommended an increase of 26 per cent. The government proposed three per cent – but was voted down by the House which went for the original recommendation.

Over the years MPs’ salaries declined in relative terms. In 1987 the pay for parliamentarians was linked to the civil service salaries and was set at 89 per cent of a senior civil service salary. Over the years this percentage slipped downwards to 85 per cent in 2007, and to 80 per cent in 2012, as IPSA documented when laying down the reasons for recommending an increase of MPs’ salaries by 11 per cent. Instead, MPs were remunerated by stealth. When the expenses scandal broke several MPs revealed that they expected generous reimbursement of their expenses to make up for a salary that had fallen behind.

This underlying hypocrisy is the root cause of the scandal. The pay for MPs reflects how much they are worth for our society. All political leaders dodge this debate, and instead make a show of ever harder attempts to police allegedly wayward MPs. Thus the expenses system, when it was reformed after the scandal of 2009, did not become simpler, but instead even more complicated and bureaucratic. A considerable amount of time and nerves is wasted on dealing with the receipts that have to be handed in to IPSA. The Miller scandal was preceded by 14 months of investigation. The true scandal is that no one dares to question this waste of resources.

The solution would be simple, and some MPs have already suggested it: Replace the complicated, bureaucratic and error-prone expenses claims with a flat-rate allowance that covers everything – similar to how it is done in Germany or France. But this would of course require the political leaders to argue that the elected representatives of the people are worth something.

Note:  This article gives the views of the author, and not the position of the British Politics and Policy blog, nor of the London School of Economics. Please read our comments policy before posting. Image credit: The Department of Culture, Media and Sport

Imke Henkel has been the UK correspondent for the German news magazine “Focus” for 10 years. Before she wrote for “Sueddeutsche Zeitung” from London. Recently she published the essay “The Perils of Ignoring the Odd One Out: What Europe (and Germany) Can Learn from Britain” in I. Finkel, J. Jungclaussen, P. Littger, C. Ryland (eds), “Common Destiny vs. Marriage of Convenience. What do Britains and Germans Want from Europe?” Hamburg, London 2014. 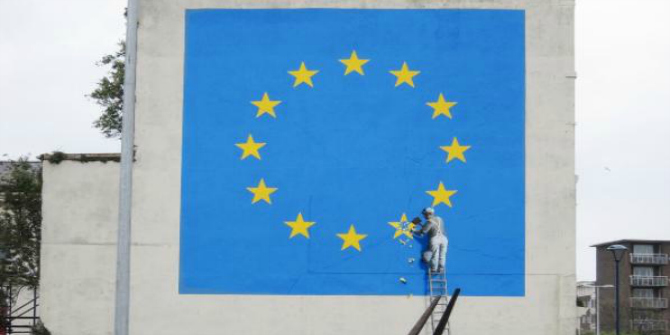 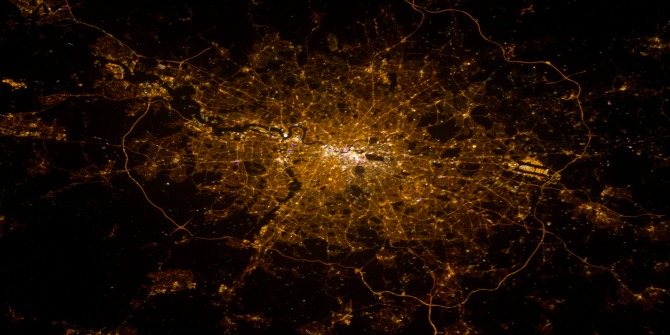 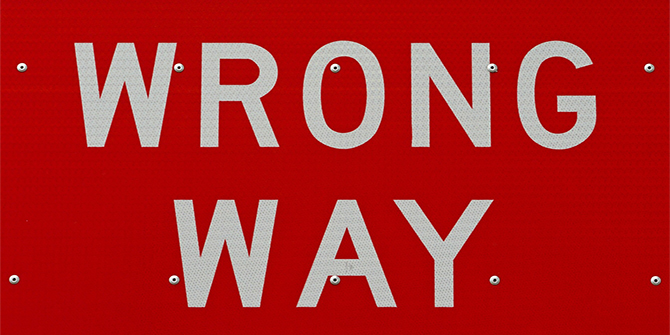