How to put an end to party funding scandals

How to put an end to party funding scandals

Election campaigns are an expensive business. In this post, Jess Garland discusses a new report on party funding, which shows public dissatisfaction with the current system, and provides recommendations of ways to break the current political stalemate.

As last month’s Electoral Commission donations figures show, parties have been busy assembling war chests for the forthcoming battle. This is not a new phenomenon. Since 1997 (the most expensive UK election to date) recent General Elections have all seen big spending. But the size of the campaign fund is not the only issue of interest; where the cash comes from is significant for voters and parties alike.

Money and politics are necessary if uncomfortable bedfellows. Parties need money not just to fight elections but to perform the other roles they fulfil in our democracy, from developing policy to providing effective opposition. If democracy is ‘unthinkable save in terms of the parties’ as E. E. Schattschneider famously put it, then it follows that today democracy is also unthinkable without considerable injections of cash. What matters then is that party funding, the basis of parties functioning and holding up our democratic system, is stable and sustainable.

This year, voters have been treated to the familiar and often bizarre spectacle of parties’ quests for funds. The Conservatives’ election fundraising gala last month offered up auction prizes that included shoe shopping with the Home Secretary and a chicken dinner at home with the Chief Whip. These are not the sorts of activities which elected representatives go in to politics to do.

The role of large donations in this dash for cash is almost inevitable, but it would be wrong to assume that the public are happy with it; voters are far from unmoved by the relationship between big money and politics. Electoral Reform Society research published in a new report investigates the nature of public concern with finance in politics. It could be argued that the public have always taken a rather dim view of parties and their financial dealings. Indeed the relationship between party finance and political access has been of concern since before 1925 when the Honours (Prevention of Abuses) Act was introduced. But whilst controversy is nothing new, progress on reforming party finance has been glacially slow. It took nearly 25 years from the initiation of a party funding committee under Lord Houghton of Sowerby in 1975 to the introduction of party funding reform in the Political Parties, Elections and Referendums Bill of the 1999/00 session.

In 2011 the Committee on Standards in Public Life (CSPL) produced a series of recommendations for further reform to party funding. The parties (only the larger ones of course) then sat down in the usual fashion to try to reach agreement. These three-party talks have become the accepted way in recent years to progress party funding reforms, but there is very little evidence of it achieving anything. Sure enough, the Deputy PM announced in 2013 that the talks had broken down. The ERS report on party funding looks at how to break down the stalemate by testing the latest recommendations against voter preferences. In a series of focus groups with voters of all parties, the research finds a robust audience for party funding reform. Voters readily accept that under the current system politics can be bought by large donations, and support measures to curb this. Of the specific CSPL reforms, voters were strongly in favour of a donations cap and recognise the role of state funding in creating a fairer system. Party funding may not be the first issue in voters’ minds but there is nevertheless much to be gained by the party that takes a lead on it.

Large donations from individuals and groups of donors play a very significant role in financing political parties. Sourced from such a small pool of individuals, this critical source of party finance appears neither stable nor sustainable in the long term. Nor is it particularly democratic. That political parties are sustained by just a handful of individuals makes unfair influence a very real possibility even if the reality is a system that is more corruptible than corrupt.

One of the CSPL recommendations, also mentioned in the 2007 Phillips report, was to match-fund individual contributions with public funding, reflecting the desire to see a widening of parties’ support bases. Last week the Labour Party revealed that online campaign funding drives targeted at individual supporters had been successful in attracting £1 million in small donations. And the SNP is examining the potential for financing their activities through crowdfunding. This model, used to great (and considerably more lucrative) effect in Obama’s 2008 and 2012 Presidential campaigns, provides a blueprint for a party funding regime that adds to rather than subtracts from the integrity of the political system. Creating a funding regime that is impervious to unfair access may be beyond these or any other reforms but we can, at the very least, aspire to something better for both parties and voters.

Jess Garland is Research Advisor for the Electoral Reform Society. 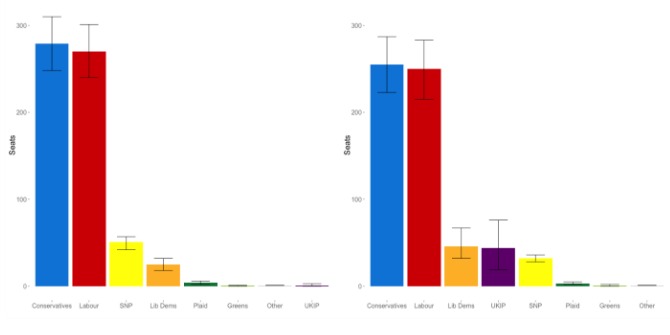