The dismal wage figures released by the ONS this week underline the need to ensure a fair and inclusive recovery, writes Kathryn Ray. With in-work poverty on the rise and wages at the lower end of the labour market being outstripped by the costs of living, the government needs to increase the level of support provided through tax credits. In the longer term, the burden of addressing working poverty needs to be shared more fairly between tax payers and employers.

This week’s labour market statistics, as expected, show strong employment growth but a bleak picture on wages; with pay (excluding bonuses) only 0.6 per cent higher than this time last year, and earnings growth continuing to be outpaced by inflation. These figures add to the growing concern that more needs to be done to ensure a fair and inclusive recovery that raises living standards for everyone. This is emphasised in the findings of another report published this week by Child Poverty Action Group (CPAG) which showed that families in which all parents work full time on the national minimum wage are still 18 per cent short of the basic amount needed to provide a minimum standard of living. Clearly wages at the lower end of the labour market are insufficient to meet the rising costs of living.

The number of people in poverty in working households has been on the rise over the last 15 years, and more working households are now living in poverty than non-working ones. Working poverty is not just the result of low wages – low work intensity (such as part-time or intermittent work) contributes too – but low pay is a significant factor. Around half (56 per cent) of working poor households live in a household where one or more workers are low paid.

So what should be done to tackle this? There seems to now be an emerging political consensus that we cannot go on subsidising low wages at the current level through the tax credit system. It is not hard to see why. In 2012/3, £20.7 billion was paid out in tax credit entitlements to people in paid work, a rise of over 80 per cent over the last 10 years. The Social Mobility and Child Poverty Commission recently argued that “the taxpayer alone can no longer afford to shoulder the burden of bridging the gap between earnings and prices”, while Iain Duncan-Smith in a speech this week spoke of the limitations of “tackling poverty by income transfer”. Yet if we are serious about tackling working poverty, there has to be a continuing role for tax credits in the foreseeable future. Recent modelling for the SMCP showed that hitting the government’s child poverty targets through improved parental employment outcomes alone would be impossible in any realistic scenario for parental employment and earnings in 2020.

To halt the rise in in-work poverty, the government needs to be looking to increase the level of support provided through tax credits in order to help make ends meet for working families. This could be either through raising the work allowance (the amount that can be earned before tax credits start to be withdrawn) or reducing the taper rate (the rate at which tax credits are withdrawn). Restoring the real value of tax credits – which were capped at 1 per cent in 2013 – would be a good start. The IFS estimate that raising the Universal Credit (UC) work allowance by 20 per cent would lift more people out of poverty than raising the income tax threshold further – a policy favoured by the coalition – at a reduced cost. And if tax credits were redesigned if tax credits were redesigned to enable a separate work allowance for second earners, this could encourage more women in single earner couples to enter the labour market, with a corresponding impact on poverty rates.

In the longer term, the burden of addressing working poverty does indeed need to be shared more fairly between tax payers and employers. This cannot be achieved overnight, but there are steps that would start to reduce the share of low-wage work in the UK. As our recent report argues, this requires a comprehensive low pay strategy for the UK. It means widening the remit of the Low Pay Commission to take proactive measures to reduce low pay and returning the National Minimum Wage to the ‘escalator’ relative to average earnings seen in the early 2000s. Not only would this raise the lowest wages immediately, it could encourage employers to respond by making investments to improve productivity. An industrial strategy for the low pay sectors, supporting employers to ‘move up the value chain’ is another important ingredient, as is a stepping up of efforts to promote take-up the Living Wage. Other supporting elements to improve low-paid workers’ earnings include better childcare provision; strengthened flexible working opportunities; better vocational training routes; and improved access to skills training.

Without both a comprehensive strategy to reduce the share of low-wage jobs and a continuing priority placed on income redistribution through tax credits, the scourge of working poverty is here to stay.

Note: This article was originally published on the Work Foundation site and gives the views of the author, and not the position of the British Politics and Policy blog, nor of the London School of Economics. Please read our comments policy before posting. Featured image credit: Gordon Joly CC BY-SA 2.0

Kathryn Ray is a Senior Researcher who leads The Work Foundation’s research on low pay, in-work poverty and progression. She is currently leading a review of employment and poverty for the Joseph Rowntree Foundation. Her broader research interests include welfare reform, and gender and work-life balance. 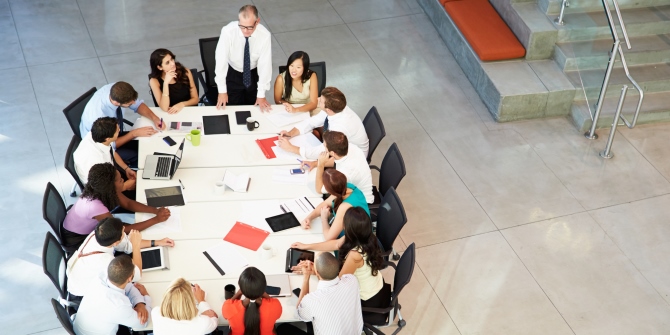 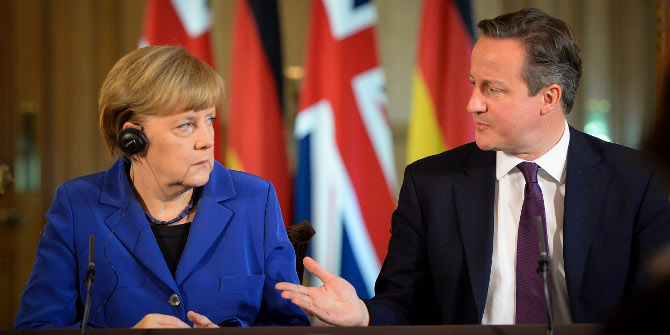