A subtle form of self-deception leads us to believe that others are like us in many respects even when they are not. Experimental research by Eugenio Proto and Daniel Sgroi finds that ‘self-centred’ perceptions are ubiquitous, in the sense that an individual’s beliefs about the rest of the population depend on his or her own position in that distribution.

How do you compare to others? Are you taller or heavier than average? Are your political views in the mainstream? Are you as happy as your peers? Are your choices the same ones others make in similar situations?

The beliefs people hold about their positions in relation to others are important in everyday life, and people assume that their beliefs are correct. However, our research examining the extent to which beliefs are accurate suggests otherwise. Our work has uncovered a subtle form of self-deception. Who we are determines what we regard as the truth, our research suggests.

Our insights, underscoring how subjectivity affects objectivity, stem from recent experiments we conducted. We asked University of Warwick students a series of questions about themselves and then a series of questions about themselves in relation to other students. First, we asked students about observable characteristics (their height and weight), attitudes (rating their political views and their level of happiness) and behaviour (their choice of mobile phone brand, and a hypothetical question about which of two recommended restaurants they would choose). Then, we asked students to give estimates about averages among all university students: the average heights and weights; average political beliefs and happiness rankings; the preferred brand of mobile phone; the most common restaurant choice in the hypothetical question. The participants in the experiment were incentivised to be as accurate as possible; by giving correct answers, they potentially could earn higher payments in the experiment.

In every case, we found biases that were remarkable, systematic and pronounced. ‘Self-centred’ perceptions are ubiquitous, in the sense that an individual’s beliefs about the rest of the population depend on his or her own position in that distribution. Those at the extremes tend to perceive themselves as closer to the middle of the distribution than is the case. Accordingly, taller and heavier individuals think that there are more tall and heavy people in the population. Individuals in the political fringes perceive themselves as more representative, as do those who are very happy or sad. Students believed that their mobile phone brands were the most popular and the tie-breaking choice they made between two virtually indistinguishable restaurants also was the most popular choice.

Put simply, individuals tend to see themselves as more ‘average’ than is the case. The question is why. Several possible ideas might provide good explanations. Perhaps it comes as no surprise that one’s own values tend to carry great weight. It is easier to get information from ourselves rather than from others. However, the extent of the bias we uncovered in our experiment is unlikely to stem from this alone. Our results may also stem from self-serving biases. People tend to emphasise their own good qualities and to reject potentially negative ones. Thus, we may want to see our qualities, characteristics and choices as the prevailing ones, the norm among most people.

In addition, people may be making inferences about the rest of society based on non-representative samples of their own particular social groups. People tend to associate with people who are similar to themselves. So, the tall have taller friends than average, as do the short, the overweight and underweight, the happier and sadder. The more left- or right-wing people might be prone to talking with people who more readily share their political opinions. You associate with certain people as a matter of choice, at least in part, and so combining this with ideas of self-serving bias, we start to see how people may through choosing their friends, condition their beliefs in ways that make them feel happier – and in ways that make them think the world is populated with people like themselves.

The implications for policy are clear and worrying. Think how much harder is it to convince people to take measures to avoid medical complications due to weight when they do not  see themselves as overweight, or to make people question extreme political views when they do not see them as extreme? Even seemingly sensible policies like providing better information may fall flat when individuals can happily ignore what is staring them in the face.

For more details about the research behind this article please see “Biased Beliefs and Imperfect Information”, IZA Discussion Paper No. 8858, 2015.

Note: A version of this article appeared originally in the Warwick Economics Bulletin and gives the views of the authors, and not the position of the British Politics and Policy blog, nor of the London School of Economics. Please read our comments policy before posting.

Eugenio Proto (@eugenioproto) and Daniel Sgroi are both associate professors in the Department of Economics at the University of Warwick and a fellow and theme leader (respectively) in its Centre for Comparative Advantage in the Global Economy (CAGE). 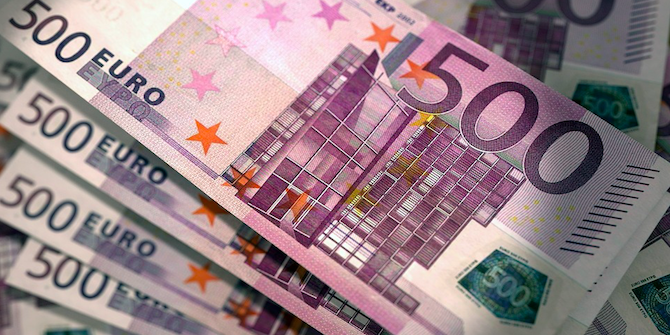