Gender inequality exists in the UK, despite half a century’s worth of efforts to the contrary, argues Diane Perrons, co-director of the LSE’s Commission on Gender, Inequality and Power. She writes that the gender pay gap has declined, but men continue to be over-represented among full-time workers and in high-paid jobs, while women are at a greater risk of poverty. She argues that gender-sensitive macroeconomic policies and gender-responsive budgeting are some of the changes that will help avoid another century slipping by without us achieving gender equality.

Despite nearly 50 years of policy effort, the UK is still a long way from eradicating gender inequality. There has been progress on many fronts, but women are still far from prominent in political life; they are trivialized in the media; under-represented, underpaid and over-exploited in the labour market; and at risk of violence in the home.

Furthermore, there is evidence of backsliding. On the World Economic Forum’s Global Gender Gap Index, the UK has fallen from 13th position in 2008 to 18th in 2015. These challenges are further complicated by the way that gender intersects with a wider range of identity factors including class, race, ethnicity and citizenship status. The LSE Commission on Gender, Inequality and Power focused on all these issues, resulting in our report, Confronting Gender Inequality. This blog focuses on the economy.

The truth behind the “quiet revolution” of women at work

In recent decades women have increased their share of paid employment, some have cracked the glass ceiling; workplaces are less segregated and the gender pay gap has fallen, leading the Economist to describe a “quiet revolution” with women “taking over the workplace.” The Commission’s report shows that this claim is overstated.

While the gender pay gap has declined, it is the 6th highest in the European Union at 19.1 per cent and women are more likely than men to be at risk of poverty. But the latest government budget cuts will nullify the potentially positive impacts of the new minimum “living wage” and proposals to address the gender pay gap. Tackling gender inequality and gendered poverty is not only a matter of gender justice but also one of economic performance.

While men now devote more time to child and elder care than in the past, women continue to be the primary carers, regardless of the amount of paid work they do. This asymmetry continues to play a major role in perpetuating gender inequality in the economy and all aspects of political, social and cultural life but is by no means the only factor. A wide range of issues need to be addressed, including the overall macroeconomic policy as well as national and workplace equalities measures.

To achieve greater gender equality, we recommend a change in the direction of macroeconomic policy. Gender-sensitive macroeconomic policies are necessary for sustainable and inclusive development. Current austerity policies have had a greater adverse impact on women, especially ethnic minority and low income families, who have born 78.9 per cent of the welfare cuts in the 2015 government budget.

There are alternatives to austerity – from government spending on projects which boost job creation, to tax cuts – which are likely to produce more inclusive outcomes, higher employment and overall well-being. At a national level, gender responsive budgeting, gender auditing and impact analysis are all necessary to monitor how policy impacts women – but we lack the data to carry this out properly. The government’s own impact assessments are cursory compared to those of voluntary organisations, such as the UK Women’s Budget Group, but these require funding.

The way salaries are decided needs to better reflect the social value of work done and take into account the costs of living. Prime Minister David Cameron’s ambition to “end the gender pay gap in a generation” is welcome, but it needs the right policies behind it. At the moment, the onus rests on naming and shaming companies, by requiring those with over 250 employees to disclose their average gender gap for “people with roughly the same job and title”. This measure reflects unequal pay – which is illegal – rather than the gender pay gap, which is a broader issue reflecting the way the labour market as a whole is segregated. Women more likely to be part time, lower paid, over-represented in some professions and absent in others. As Thomas Piketty showed in his book, Capital in the Twenty-First Century, pay is also determined by social norms and by the power of people at the very top to determine their own pay.

What quotas did for Norway

Within the private sector, there is a lot of focus on unconscious bias, but less on the gender balance of decision makers and the procedures that allow such bias to go unchecked.

The evidence our committee reviewed showed that pay decisions should be based on formal, transparent criteria. Given the glacial pace of change, mandatory quotas are necessary to effect change; they are more effective than soft company initiatives and help ensure that society and firms reflect diverse ideas and talents. Mandatory Quotas have been recommended by the World Bank (2012) and existing UK legislation allows gender to be used as a tie-breaker in recruitment and promotions decision-making where merit is equal.

In Norway, five years after legislation to close down publicly listed companies that failed to meet the 40 per cent target for women on the board, almost all companies had complied. In the UK, a voluntary target of 25 per cent has been almost achieved, but evidence suggests that, at best, progress will stall at only marginally above this level. Quotas represent a ‘minimal condition’ for securing change. It’s not enough for women simply to be present: if quotas aren’t simply going to be a revolving door, organisations need the right policies and support structures in place.

How the world of work needs to change

To meet the growing deficit of carers, we need a National Care Service to ensure that holistic, affordable and accessible care is available, and that care-workers are rewarded appropriately for the complex and skilled work they do. Furthermore, employers need to adopt gender-friendly working patterns in ways that allow both men and women time to care, without being penalised for it. We need to end the stigma of part-time work, combat the culture of long hours and introduce individual, non-transferable rights to paid leave, so that fathers take time off to be with their children.

There is an appetite for change, but policies so far have painted this as a problem with women themselves, focusing on supply-side deficiencies: if women are not rising up through the ranks, this is because they lack confidence or need mentoring. The trouble with this approach is that it downplays demand-side issues like lingering prejudice, discrimination and bias. Moreover, macroeconomic policies are based on a very narrow understanding of the economy that excludes the central role of caring, which is necessary not only for social wellbeing but also for economic survival. This needs to be redressed. Without radical change, another century will slip by without us achieving gender equality.

Please note: this article was originally published on the World Economic Forum blog, and is reposted here with permission. The Global Gender Gap Report 2015 is available here. 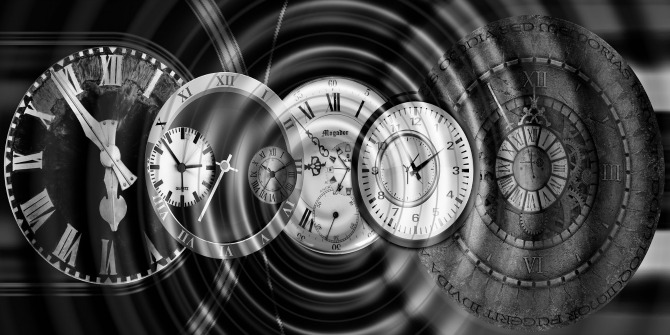 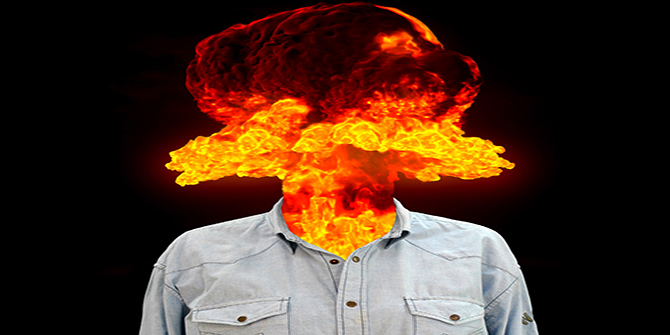