Failures in government policy creation and delivery are often blamed on civil servants. However, the real culprit is self-inflicted governance inadequacy, writes Andrew Kakabadse. He draws on his recent report to explain how the value of departmental boards is downrated because of the poor chairmanship of the Secretary of State.

The Kakabadse report ‘Is Government Fit for Purpose’ surfaced the critical nature of the relationship between Secretary of State and Permanent Secretary in determining the quality of policy delivery. The investigation challenged the step-by-step, logical nature of public administration thinking and highlighted the idiosyncratic nature of the chemistry factor shaping the relationship between these two critical public service roles. In effect, the Secretary of State liking or disliking the Permanent Secretary shapes how policies are executed. This is particularly the case as the policy process identified emerges as 20% policy creation involving the electorate, parliamentary debate, and being grilled at the despatch box; and 80% policy delivery involving a behind the scenes exercise that ministers drive through, supported by their civil servants.

However, the relationship between minister and civil servant is not smooth. The minister’s exposure and need for urgency (due to their very public accountability) is countered by the civil servants’ evidence-determined shaping of reality of how to make policy work across numerous misalignments of interests in the community. Although both are rightly doing their job, through so doing they find themselves in a relationship of continuous tension, that being between urgency versus reality.

In order to work through such contrasting complexity, the Kakabadse investigation showed the value special advisers and the Departmental Board can play in the effective execution of policy. Yet the investigation also identified problems with the functioning and contribution of the Departmental Board, with the greater majority of interviewees concluding that departmental boards add little value. The reason? Because the Secretary of State is the Chairman. Indeed, numerous non-executive directors disclosed they have hardly met their Chairman. It became clear that fulfilling the duties of Chairman of the Departmental Board was low on the priorities of numerous Secretaries of State. Even when the Secretary of State turned up, instead of leading the governance and oversight of policy delivery and all the parties involved, the board was focussed to examine the particular political perspective that troubled the Secretary of State on that day. Worse still, certain Secretaries of State, as Chair, sacked the whole board and placed their own people. 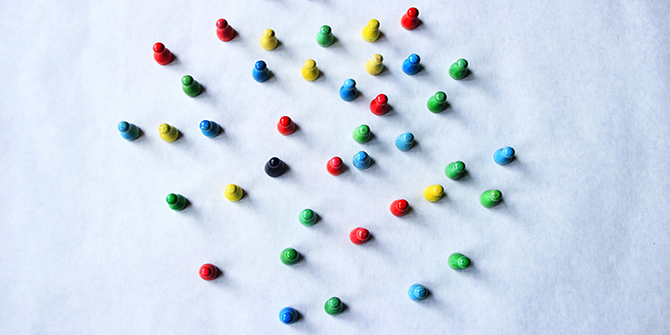 Yet at the individual level, external non-executive directors emerged as highly valued. Their advice to the ministerial team and civil servants was rated as highly worthy: their commitment to the Secretary of State was evident and their experience was appreciated even more. The stewardship offered at the level of the individual board member made a difference. Despite over 34% being not paid and the remainder considerably underpaid, the individual non-executive directors’ desire to provide for the sound governance of government was paramount. When asked why such a level of commitment, the answer came back as ‘to give something back’. The sense of public service predominated, especially so because departmental boards are advisory.

The Kakabadse team at Henley Business School has conducted separate studies in order to examine what went wrong with organisations that derailed, typified by Marconi, RBS, HBOS, Carillion, and Kidds Company. Two reasons emerged: the inadequate leadership of the board by the Chair; and the board losing its independence to challenge the CEO and the management team. So many corporate collapses could have been prevented had the board defended their independence and the Chair appropriately led the board to provide challenge and oversight, and particularly hold the CEO to account.

The reaction to the Kakabadse report to date has been to reject this particular recommendation and continue with the Secretary of State as Chair of the Departmental Board. The logic is that the Secretary of State would be weakened by stepping down and once that happens, the Departmental Board loses all significance. Aside from the fact that departmental boards are already viewed as having little significance, government is the only body in the UK to institutionalise an inadequacy of governance. The collapses of Marconi, HBOS, and other enterprises were down to the poor leadership of the board and it being unable to stand up and challenge the management and their strategy. The lesson is clear: lack of board independence and poor chairmanship are fundamental to governance going wrong.

However, these derailed organisations did not build into the fabric of their governance, poor board leadership, and no board independence. In contrast, the UK government of today is the only institution that is determined to pursue the false belief that the Secretary of State, as Chair of the Departmental Board, provides sound governance oversight. To ignore governance is one thing, as witnessed in the case of past corporate collapses. To bypass governance altogether because the Secretary of State feels sensitive about the subject is something else. Today’s inadequate governance of government encourages the unfortunate scapegoating of civil servants by the Minister and allows the unsubstantiated complaint to take hold that civil servants pursue a different direction to their political master.

Sound Government is central to the future of the UK. It is deeply troublesome that this vital institution is the only one in the country to have created a governance that has structure, but no substance. The Windrush generation and the Amber Rudd resignation fiasco is simply a warning of policy distortions that are yet to come.

Andrew Kakabadse is Professor of Governance and Leadership at Henley Business School. He consults and lectures in the UK, Europe, United States, Asia, China, Japan, Russia, Georgia, the Gulf States and Australia. He is currently embarked on a major £2 million global study of boardroom effectiveness and governance practice, with the participation of a number of governments including British Ministers of State. His top team database covers 17 nations and thousands of private and public sector organisations.