While Jeremy Corbyn has vowed to defy his critics, experts consider the outcome of the snap election a foregone conclusion. But what will happen next for Labour? Eunice Goes explains that getting rid of Corbyn after a defeat will not be a panacea for the party’s troubles, but a new leader who will have the support of the PLP and good communication skills will go a long way in starting the process of recovery.

In normal times, general elections offer voters the possibility of political change. That possibility creates an uncertainty that can lead to stimulating discussions about the format of government, manifesto pledges or whatever catches voters’ imagination. But we are not living in normal times. Despite the uncertainty created by Britain’s decision to leave the European Union, the 2017 general election will be fought in a climate of great certainty.

Indeed, it is very likely that on the 9th of June Britons will wake up to find out that the Conservative Party, led by Theresa May, increased its majority (possibly by a big margin) and that the Labour Party, led by Jeremy Corbyn, had one of its worst results (apparently, the election year to watch is 1935). And if the traditional electoral choreography is followed, Corbyn will resign, triggering the third leadership election in the Labour Party since 2015.

Jeremy Corbyn’s most ardent supporters will obviously cry foul. With some justification, they will say that Labour’s existential crisis did not start with Corbyn’s leadership. Labour was in serious trouble before he was elected leader and the party’s electoral woes will not go away with his disappearance from the political scene. In truth, it will take some time for Labour to regain its credibility as a party of government.

But if Labour’s crisis is structural, the leadership of Jeremy Corbyn is not helping. In fact, his leadership is exacerbating it. Labour is a profoundly divided party. The parliamentary party does not respect the leader and does not understand Labour’s grassroots. The current leader relies on the grassroots but does not know how to enthuse or lead the Labour benches in the House of Commons, let alone the wider electorate. And the grassroots may have the enthusiasm to campaign but do not seem to understand or accept the merciless logic of Westminster politics, which demands a degree of competence and presentational skills from national party leaders.

As we have seen, the result of these self-destructive party dynamics has a terrible impact on opposition politics. In almost two years at the helm of the Labour Party, Jeremy Corbyn was not able to deliver his radical brand of ‘new politics’. Indeed, the few policies presented so far are rebranded versions of Milibandism. He also does not come across as a credible or competent politician. Labour is on average 18-20 points behind the Conservatives in the opinion polls. Even Labour voters have trouble imagining Jeremy Corbyn as a Prime Minister.

To make matters worse, the June general election will be fought on Corbyn’s Achilles heel. Brexit will be the dominating issue of the campaign and this disadvantages Labour. The party will not have the opportunity to discuss some of its popular proposals like the rise of the minimum wage; instead it will be forced to debate ad nauseam an issue on which it has not developed a clear position. 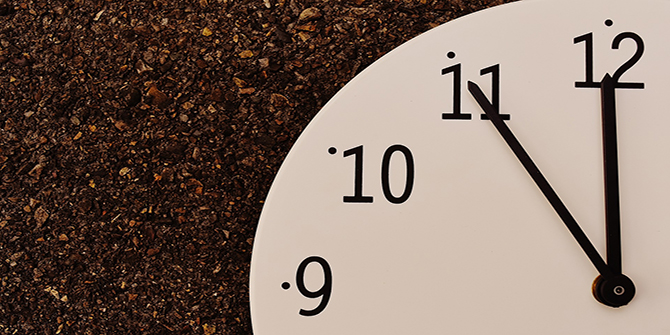 Corbyn is famously ambivalent about Bexit and disappointed many of his young supporters when he imposed a three-line whip on the vote to trigger Article 50. Moreover, the party is divided about Europe mostly for electoral reasons. Labour MPs in the Midlands and the Northeast of England will be defending constituencies that voted Leave, whereas in London and other prosperous urban centres the party must gain the support of Remain voters. This mixed electoral landscape suggests that Labour’s position on Brexit will remain convoluted.

Confusion over Brexit, an unpopular leader, and an electoral campaign that will be fought under Theresa May’s terms (the Prime Minister will not participate in the televised debates, and will conduct few press conferences and media interviews) can only result in a catastrophic defeat for Labour. Electoral Calculus predicts that Labour will lose 50 seats whilst a study by the Fabian Society projects the loss of 40 seats. If any of these scenarios materialise, Corbyn’s days as Labour leader are numbered. He will have no authority, and perhaps no inclination, to lead the party. Even if he plans to stay on as leader regardless of the result, as The Independent now reports, in these circumstances it is highly unlikely that he will not be challenged.

Until the 9th of June there will be no official contenders to Labour’s leadership, but there are already signs of strategic positioning by unofficial contenders. Currently, Keir Starmer is the bookies’ favourite, but there are other possibilities. On the left of the party, the names of Clive Lewis, Rebecca Long-Bailey, and Angela Rayner are often mentioned as potential leadership material. On the right, there is speculation that David Miliband may make a comeback to British politics. But perhaps the real match to Theresa May can only be Yvette Cooper. The MP for Pontercraft and Castleford has plenty of key attributes that are in short supply in the current leader: she has government experience, she looks competent, she seems eager and ready, and has the added benefit of being a woman.

Getting rid of Corbyn will not solve Labour’s crisis, but a leader who is supported by most of the parliamentary party, is an effective communicator, and has the relevant experience to lead a political party can at least improve the morale in the Labour benches and get a few thumbs-up from Westminster journalists. Without these ingredients, the groundwork of addressing the multiple and conflicting causes of Labour’s decline cannot be addressed.

Eunice Goes is Associate Professor in Politics at Richmond University and is the author of The Labour Party Under Ed Miliband: Trying But Failing To Renew Social Democracy (Manchester: Manchester University Press, 2016).