The glacial pace of change in improving women’s representation in Parliament and British government has provoked some of the first substantial controversy querying what’s really changed in the coalition government’s ‘new style of politics’. Pippa Norris reviews the evidence of the UK’s lagging efforts to combat gender inequality in political life.

Now that the dust has settled after the May 2010 general election, and the outcome for women is clear, there are many reasons for disappointment.

Four women sit in the new cabinet (14 per cent), led by Theresa May as Home Secretary, while Caroline Spelman is the new environment secretary, Cheryl Gillan is the Welsh secretary, and Baroness Warsi is minister without portfolio. The British cabinet lags far behind many European countries; Spain has 53 per cent women in its Cabinet, while Germany has 37 per cent and France 33 per cent. 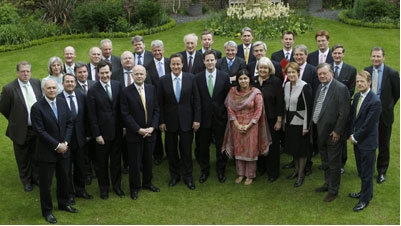 Overall 139 female MPs were elected to Westminster (21.5 per cent) – more than one in five of the total members in the House of Commons.  This was another steady increase, up from 128 or 19.8 per cent of all members in 2005 – but only a modest gain. According to the Inter-Parliamentary Union figures, after the election Britain ranks 55th worldwide in the proportion of women in the lower house of parliament, lagging far behind the familiar litany of global leaders such as Sweden, Norway and Finland, as well as European democracies such as Spain, Germany, and the Netherlands. Despite the gains in numbers at Westminster, in fact Britain’s international ranking slipped 10 places since 2005, because other countries – including many newer democracies – are advancing at a faster pace.

Labour continues to have the best record of the major parties, now with 81 women MPs (almost one third or 31 per cent). The Conservatives made substantial seat gains, including those contested by women candidates, but still elected only 48 women MPs (15.7 per cent). Meanwhile, despite all the egalitarian rhetoric, the Liberal Democrats actually managed to fall back to just 7 female MPs (12 per cent), and they haven’t nominated any for their five Cabinet posts.

In a sense, this is all water under the bridge. But there are still important issues which need to be addressed.

In particular, right now only two candidates have declared themselves for the Labour party leadership contest – the bros David and Ed Miliband. Both have considerable potential as the next generation of rising Labour leaders. But where are the women? Harriet Harman, the Deputy leader of the Labour party, would have been an obvious contender, but she has quite firmly refused to stand. Other names which have been mooted in this context include Maria Eagle (Garston and Halewood), Barbara Follett (Stevenage), Emily Thornberry (Islington South & Finsbury) and Julie Morgan (Cardiff North).

Ed Miliband, who is a personable candidate but without deep experience of high office,  stood in part due to a grassroots web campaign among supporters.

If you could encourage any of the Labour women MPs to stand in the leadership contest, who would this be??

This post was first published on Pippa Norris’s blog on 17 May.

Cameron’s shoving back of the state