12 years after devolution, former Permanent Secretary for the Scottish Government, Sir John Elvidge, writes that the innovations of Scotland’s parliament can provide lessons for UK governments, coalition and otherwise.

Since 1999 we have constructed in the UK a great opportunity for learning from the exchange of experience between the government structures in London, Edinburgh, Cardiff and Belfast. It is a paradox that the transfer of knowledge about civil service support for discussions about coalition formation in the run up to the 2010 UK election is one of very few examples, over more than a decade, of use of that opportunity by those in London.

Over the same period there has been a well structured process of shared learning between civil servants supporting the three devolved governments, the Celtic Forum, and considerable interest in the whole UK experience of devolution from various governments around the world. ‘Northern Exposure’, my recent publication in the Institute for Government’s Inside Out series, is an attempt to encourage shared learning by drawing out some of the other opportunities for learning from what has happened in Scotland since 1999.

There are two broad areas of innovation in the way government operates which I think repay reflection by those outside Scotland. One is the way in which Scotland has adapted the processes of government to sustain two consecutive periods of coalition government and one period of single party minority government, for their full terms, by a party with only 36% of the Parliamentary seats. The other is the introduction from 2007 of what has come to be known as the Scottish Model of government.

Scotland’s framework of devolved government is closer to the Westminster/Whitehall model than that in Wales or Northern Ireland. It is therefore particularly easy to read across from the two experiences of how coalitions sustain themselves throughout a full term of office and from the much rarer experience of single party minority government without formal agreements with other parties. The use which Gus O’Donnell has already made of Scotland’s experience of coalition formation does not exhaust the scope for knowledge transfer.

The question whether the UK Government can take lessons from the Scottish Model of government is a more complex one. In essence, the Scottish Model is the idea of a government as a single organisation, united in the pursuit of a single purpose and a supporting set of explicitly defined outcomes and publicly accountable for progress towards those outcomes. During the period since it was adopted this model has also involved using that set of outcomes to establish common purpose for the Scottish public sector as a whole and common ground with the voluntary and business sectors.

In shorthand, Scotland has abolished separate Government Departments and, more importantly, sought to leave behind Departmentalism in political and civil service behaviour. It has substituted a team-to-team relationship between a small Cabinet and a small group of the most senior civil servants. My design of the model flowed from analysis of the intractability of a number of core public policy challenges over several decades and the limitations of previous approaches to tackling them. I have described it as being the idea of joined up government taken to its logical conclusions.

There are obvious differences of scale between the Scottish and UK Governments but the fact that I have begun discussion with government representatives within China about the scope for applying elements of the model there indicates that such differences need not necessarily be seen as an insurmountable obstacle.

Civil servants are frequently characterised as obstacles to change. I have sought to bring out the evidence from Scotland of their capacity not only to embrace change but to be a vital part of initiating it. This is not to detract from the centrality of politicians to all of the innovation I describe.

The importance of trust is my key underlying message. The willingness of politicians to establish a relationship of trust with civil servants is vital to all of the successful innovation in Scotland. Such trust must be earned, of course, and will only be sustained or grow on the basis of behaviour and performance, but a disinclination to trust inhibits the characteristics which successful government requires.

This is true of relationships between politicians as well as between politicians and civil servants. Too great a desire by the parties in a coalition to tie each other down on the detail of their agenda for the whole life of a government can increase the risk of failure to adapt successfully to changing circumstances and therefore damage the political interests of both parties.

My other broad underlying message is that we should take confidence from the capacity to plan and execute change and to respond to unfamiliar and unexpected circumstances which all of those involved in government in the UK have displayed over the past decade or so. The long established nature of many of the elements of our arrangements for democratic representation, the exercise of governmental power and the operation of accountability is a source of advantage not a handicapping weight. In my view, we have been able to innovate and respond to change with speed and sure footedness because the key politicians and civil servants had a deep understanding of those long established elements and the scope for combining them in fresh ways.

The interest in our handling of substantial constitutional change without civil unrest (the legacy of longer running friction in Northern Ireland excepted) or disruption to the functioning of government attracts interest in many other countries. This is unsurprising because we are far from unique in facing tension between the benefits of the nation state and the increasing pressure for fuller recognition of distinctive identities within a single state.

It is also encouraging that our track record is seen as successful given that the process of constitutional change within the UK is continuing. Major changes to the financial basis of Scottish devolution are currently under discussion, for example. Our mutual interest requires that we continue to prove our ability to adapt successfully to change. We shall do that better if we first get better at learning from our existing experience of the devolution era. 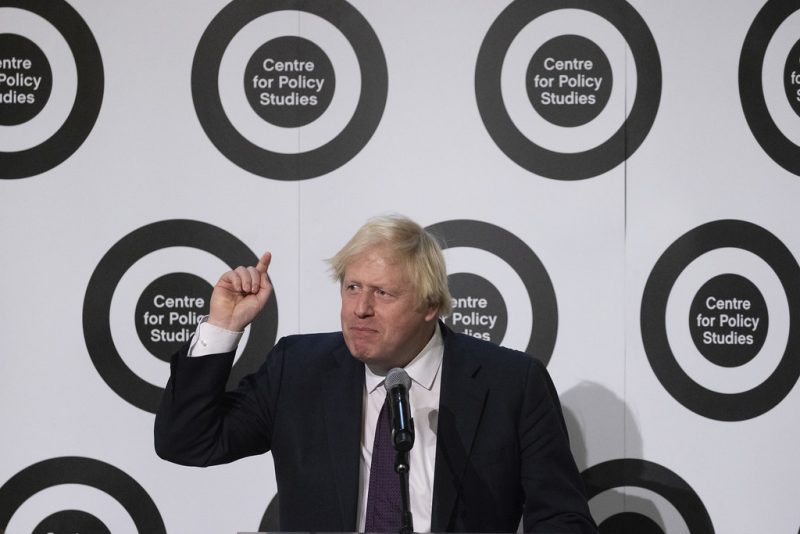