Stephen Clarke draws on the Resolution Foundation’s intergenerational audit to outline key differences in generational living standards. He concludes that in some areas millennials have made little gains on their predecessors, while in others things have even gone backwards for them.

In 1957 the Prime Minister Harold Macmillan told the country that it had ‘never had it so good’. Since then more than six decades have elapsed, and each successive generation has debated whether this applies to them. Such debates continue to rage. Some commentators have argued that today’s young people are more fortunate than previous cohorts, others that millennials (born 1981-2000) had the misfortune to come of age in the shadow of the worst economic downturn since the Second World War.

Over the past three years the Resolution Foundation has sought to bring some much-needed evidence to this debate. Across a range of domains – the labour market, incomes, housing and wealth – we have taken stock of how living standards have evolved for successive generations. We recently released the first Intergenerational Audit, which we can use to test these competing claims.

First, jobs. Recent cohorts have been much less likely than older ones to have experienced unemployment. At age 20 one-in-five people born in the early 1960s (young baby boomers) were unemployed, having come of age in the early 1980s when unemployment peaked at 12%. By contrast, this figure is less than one-in-ten for those born in the late 1980s, who came of age in the midst of the financial crisis). On this score, millennials are unequivocally better off than previous generations.

Young people today have also failed to benefit from the rapid earnings growth which was a common feature of previous recoveries. Real hourly earnings for people in their 20s grew by 23% in the seven years after the early 1980s recession, and by 4% after the early 1990s recession. In contrast, there was essentially no real wage growth for people in their 20s between 2010 and 2017.

Second, houses. Until recently it appeared as though home ownership rates for young people were on an unending downward path. The good news is that over the last couple of years the share of 20-year-olds who own their own home has increased from 7.5 to 9.2%. This is welcome, but may be a temporary boost – a release in pent-up demand from those young people whose homeownership ambitions were held up following the financial crisis. The fundamentals – from the size of deposits required for first-time properties to the high cost of renting that makes saving a struggle – still suggest that a significant minority of those born since the 1980s may never own their own home.

Third, consumption. We have already touched upon the pay of young people, but what about their spending? It is a common trope that millennials love spending their money on expensive avocado-based brunches and would prefer to spend on holiday than to save for a house. Yet our analysis shows that spending by people in their 20s is 7% lower than it was in 2001. By contrast, spending by those over 65 has risen by around 40%. They also now devote a larger share of their spending on recreation, culture, restaurants and hotels than people in their 20s. Although young people have grown up with access to technologies that older people could perhaps only have dreamt of in their youth, something not captured very well by measures of real consumption, at present the young are consuming less than the old.

Finally, wealth. It won’t come as a surprise to know that millennials – on the whole – don’t have a lot of it. The young tend to have less wealth than the old because they have had less time to accumulate it. However, comparing successive generations it is apparent that improvements in wealth holdings have ground to a halt for those born after the 1950s. People born in the early 1950s have, on average, the most wealth and are growing wealthier – between 2006-08 and 2014-16 total household wealth increased by £2.7 trillion, of which almost half accrued to those born between 1956 and 1965 (despite this group making up just one-sixth of the adult population). Those born in the 1980s accrued just 13%.

What about their prospects for wealth accumulation in future? We have already touched on housing (where the outlook isn’t good), yet in terms of pensions things are looking up. Thanks to auto-enrolment, those born in the late 1970s and 1980s are 50% more likely to be contributing to a pension in their 30s than their predecessors were 10 years before them at the same age. Unfortunately the pension schemes they are enrolled in (predominantly defined contribution ones) are less generous and so this hasn’t fed through into an improvement in pension wealth for these cohorts. Therefore while today’s young people are more likely to have a pension, as a group they are unlikely to have the same amount of pension wealth in retirement as their predecessors.

On balance, then, it’s hard to conclude that young people have never had it so good. Yes, they are more educated, more technology-literate and undoubtedly live in a more tolerant society than previous generations. Nevertheless on many key living standards metrics they have made little gains on their predecessors and in some areas – housing and wealth being the two most obvious ones – things have gone backwards.

This is not to say that the picture is uniformly rosy for older people. Despite decades of decline, one in almost seven pensioners still live in poverty, many (particularly women) have little wealth and successive governments have failed to invest enough in social care. That is why we need a new generational settlement. One which supports and cares for people in old age, particularly the least well-off, and one which restarts generational improvements in living standards. Families are built around such an ideal, it’s time society started measuring up to it.

Stephen Clarke is Senior Economic Analyst at the Resolution Foundation. 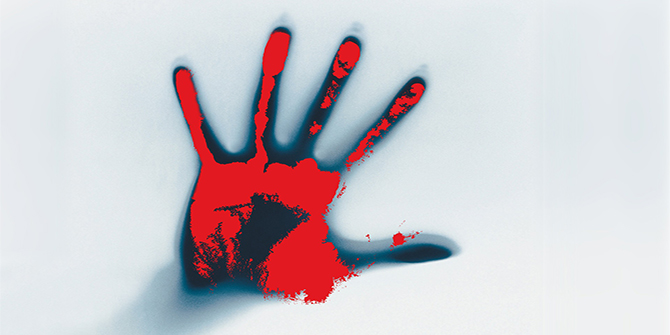