Ballot papers for the Labour leadership contest were dispatched earlier this week to members, and affiliated supporters. The contest has taken an unexpected course, with the former outsider Jeremy Corbyn set to emerge victorious. In this article, Craig Berry questions whether the Labour Party leadership elections are democratic at all following recent procedural changes.

The idea that the seemingly imminent election of Jeremy Corbyn as leader of the Labour Party represents the triumph of popular will over the conservative elitism of the party machine is a little simplistic, but not completely without foundation. Yet this does not mean that the process that looks set to crown Corbyn is particularly democratic. In fact, the equality that now exists between full party members and ‘registered supporters’, who may have signed up just days before the ballots went out, is democratically dubious for several reasons.

The way the Labour Party has traditionally been organised deserves no defence. That its structure and culture needs radical reform is clear. However, the precise nature of the reforms Ed Miliband introduced is a big part of the reason for the situation Labour now finds itself in.

To adopt a ‘devil’s advocate’ pose for a moment, would it really be that bad if party members (and supporters) had no direct role at all in selecting the party leader? A situation in which Labour parliamentarians (and perhaps defeated election candidates) were able to choose their own boss, as long as, crucially, MPs themselves were made significantly more accountable to local members, might paradoxically be preferable from the perspective of democracy.

Alas, the clock cannot be turned back. The democratic cat is out of the bag, and the registered supporters arrangements take its logic to an absurd extreme. Although the scheme is probably a baby-step in the right direction in terms of organisational reform, and supporters should of course be given a say in internal elections, it is perverse that registered supporters are given parity with full party members in this regard.

We appear to have completely lost sight of what political parties are. They are not, and should not be, giant focus groups. They are organisations of like-minded people who contest elections at various levels of authority, and are coded as such into the UK’s uncodified constitution. It is absolutely right that those individuals who commit more to their party should be heard more, because the existence of the party depends on the continuation of this commitment.

To reiterate, this is not to suggest that Labour’s membership structure does not need to be opened up. The affiliate membership now available to trade union members should be the norm, not just a messy compromise, if Labour genuinely wants to become the political heart of a dense network of associational ties.

The registered supporters model could be part of this, but does not in-itself deliver it. In terms of the selection of leaders, it seems quite arbitrary that, if the electorate is to be widened, that is to be restricted to those willing to hand over a paltry £3. Labour could instead hold open primaries. Voters could still have to assert their support for the Labour Party, and prove they are who they say they are – which could be verified before the vote is counted.

It might even be worth considering an American-style split between party leader and prime ministerial candidate. This would be harder to manage outside a presidential system, but surely not impossible; the demand for any new Labour leader to put themselves up for re-election two years before a general election campaign seems to take us some of the way there. And it seems to be the only way that David Cameron might serve a final, promised ‘full term’ as Prime Minister, while giving his successor as Conservative Party leader an opportunity to establish herself or himself before the 2020 election.

Even assuming that the current selection process for Labour leader is broadly acceptable, it seems incongruous that people are able to register so late in the process yet still vote. Quite obviously, in contrast to formal elections to public office, nobody has an inalienable right to vote in a political party’s internal elections. So, the question of whether one group’s enfranchisement demeans another group’s enfranchisement is a legitimate one.

It would be wrong for Labour to strive to turn itself into a cross-section of wider society, not least because it could never succeed. But nor should it be daft enough to introduce a membership model that makes it significantly less representative, especially at moments when it matters most. This brings me to another concern: why should supporters be allowed a vote if they are only temporarily committed to the party? £3 might be fair as an annual registration fee – but they are choosing a leader for an indefinite term. So, only give a vote to those who pay a larger amount for a longer registration, that is, enough to cover a whole parliamentary term.

Last-minute registrations cause a further problem from the perspective of democracy: the MPs who nominate candidates for election are denied knowledge of the nature of the process they are participating in. Because MPs are not actually voting for their preferred leader (as the ‘morons’ nominating Corbyn demonstrate quite well), they are making a recommendation to the wider electorate. But at the point they make that recommendation, the size and composition of that electorate is unknown.

This is not good democracy. Having thousands of left-wing people register at the last minute simply in order to vote for Jeremy Corbyn does not represent the will of the party, any more than having moderate voters register to support Liz Kendall – as might plausibly have been suspected – would have done. If Labour MPs had done, or been allowed to do, their job properly, we may well have been in a situation whereby an insurgent Kendall campaign was garnering registered supporters, given the contrast between her candidacy and the slightly more war-weary Burnham and Cooper campaigns. My arguments here would have been much the same.

My view, for what it’s worth, is that Ed Miliband would have done much better in 2020 than 2015, and so his resignation was premature. But his leadership was characterised by a series of catastrophic mistakes, and the registered supporter model may prove to be the one with the most lasting consequences. Of course, it was one that his brother David Miliband was also committed to. They assumed that only people like them could ever possibly lead the Labour Party. When Ed gleefullyannounced that just £3 would buy a leadership election vote, he was implicitly answering the question ‘What form of party membership is going to give me the best chance of winning a general election?’. He gave little thought to what impact it might have on the life of the party, and how to treat full members fairly.

If the question had been asked from the perspective of the labour movement as a whole, it surely would have been ‘What form of party membership is going to give rise to a strong electoral force?’. This subtle difference would not and should not have led to the registered supporter model being rejected – in fact it would have been taken much further – but a lot more thought would have been given to how it interacted with internal elections.

Craig Berry is Deputy Director of the Sheffield Political Economy Research Institute (SPERI) at the University of Sheffield. He conducts research on UK economic policy, focusing increasingly on the political economy of the North of England. He has worked previously at HM Treasury, the Trades Union Congress and the University of Warwick. Craig tweets at @craigpberry. 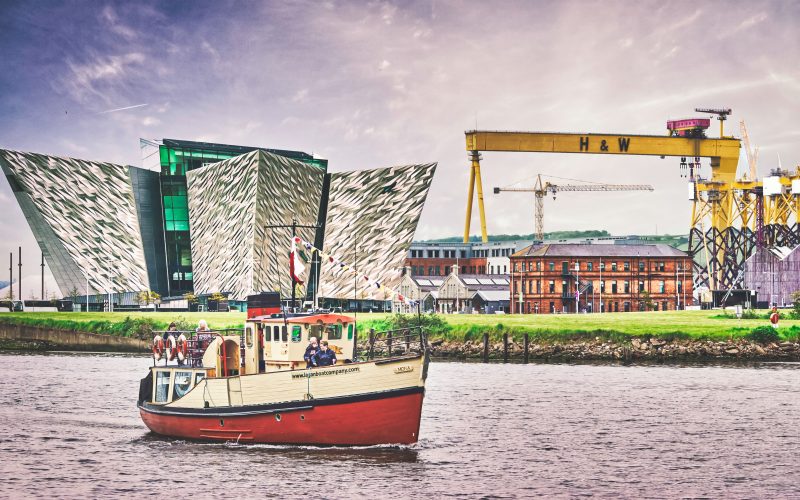 Now the hard work begins: the aftermath of the 2022 Northern Ireland Assembly Election