Jonathan Carr-West looks at the local elections that are taking place in the UK tomorrow. Rather than provide predictions, he looks at what the biggest questions are. Will the LibDems survive? Will UKIP have a repeat performance? How many seats counts as enough for Labour? He also stresses how important the local elections are for local areas and local people, and as a harbinger for national politics.

If there’s one prediction we can confidently make about the local elections tomorrow, it’s that the vast majority of coverage in the national media will focus on what they may or may not tell us about the state of the parties nationally. Right now, that’s far from clear. With all seats up for grabs in London and a third in most Mets, Unitaries and Districts, Labour will be confident of some significant gains, while the Conservatives will be hoping for a repeat of last May’s performance in which they lost seats but, by and large, didn’t lose control. The Lib Dems, again as last year, will be hoping that their local popularity trumps their standing in the national polls.

Of course how all this translates into votes in a general election a full year away is open to debate. There’s a widespread view that people use local elections purely to voice support for, or protest against, national parties, but while that’s undoubtedly true to some extent, I think that local factors play a greater role than is sometimes credited. Arguably this is especially true now as councils find new and different ways to respond to financial and public service challenges. The degree of innovation we now find in councils makes the local political landscape a much more varied and therefore a much more contested space which may encourage a greater degree of local focus in the ballot box.

Moreover, the fact that the local elections have been delayed to coincide with the European elections throws additional uncertainty into the mix with the UKIP factor. Widely predicted to be the first party in the European elections, they will be hoping that they can repeat their 2013 seat grab off the back of that. Rather than getting in to the thankless task of predictions, it is more useful, perhaps to think about the key questions into which these elections might give us insight:

1) How much is enough for Labour?

Given where the elections are there is probably more at stake for Labour than for the Conservatives. There will be some key battlegrounds in London. Given how well Labour did here in 2010 (even as they were doing very badly in the general election), they will argue that they will be doing well to hold and consolidate those gains. It will be interesting to see, however, whether they can make additional progress in the outer boroughs, they’re widely expected to take control of Croydon and Redbridge and, especially Barnet would be very significant scalps if they were able to pull it off.

Outside London, elections are predominantly in Labour held metropolitan boroughs, out in thirds, so there are unlikely to be many changes. Exceptions are the last two non-Labour Mets, Trafford and Solihull and NOC Stockport currently under minority Lib Dem control. Labour will aspire to take control of all these. Whatever happens we can expect a vehement debate about what counts as enough progress. For the conservatives it will be easier to try and shrug these results off as a mid(ish) term result in places where they don’t expect to do too well anyway.

UKIP were the big story of last year’s elections. Though their landslide of seats did not in fact translate into any real political change on the ground. Can they do it again? This year they are outside their traditional hunting grounds, but we will find out if, as per Lord Glasman’s fears they can take votes in significant number from Labour as well as the Conservatives. Will coincidence with the European elections help them in the local elections or will people split their votes?

3) Will the Lib Dem strongholds survive?

The Liberal Democrats also have a lot at stake in these elections. With their share of the national vote at an all time low they are relying on their proven resilience in their local strongholds. Can this be sustained? Again, London may be a key indicator. They will be pulling out all the stops to hold Kingston and especially, Sutton which they’ve controlled since 1990. Lose that and they’re wiped out in London and the stronghold strategy is in ruins.

4) Will boldness be rewarded?

Will councils which have made a big play of adopting significantly transformative strategies such as Oldham, Lambeth, or Barnet be rewarded or punished by the electorate? This last point is particularly important because it reminds us what these elections are really about: the ways in which local places are actually governed. We’ll hear all too little about this from a Westminster fixated media, but that’s what really matters; the effect that these elections have on local areas and local people, the opportunity they give citizens to have their say on the very different ways in which councils are looking to redefine what a local authority is and what local public services look like.

So perhaps we should reverse the terms of the normal debate and rather than asking what local elections tell us about national politics we should be asking what national politics can learn from the local elections: what forms of change are people supporting? What sort relationship do they want with government? For those who want to get under the skin of that story, LGiU will be reporting the results as they happen from a network of count correspondents and providing expert commentary through our live blog at www.lgiu.org.uk.

Note:  This article gives the views of the author, and not the position of the British Politics and Policy blog, nor of the London School of Economics. Please read our comments policy before posting. Homepage image credit: Alex Lee

Jonathan Carr-West is Chief Executive of LGiU (Local Government Information Unit) an think tank and membership body for local government that works to strengthen local democracy and to drive innovation in public services. Follow him on Twitter @joncarrwest. 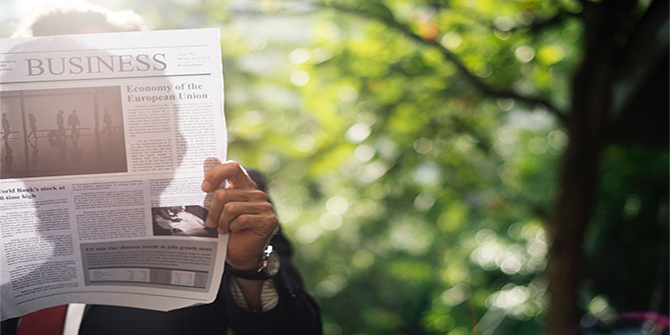 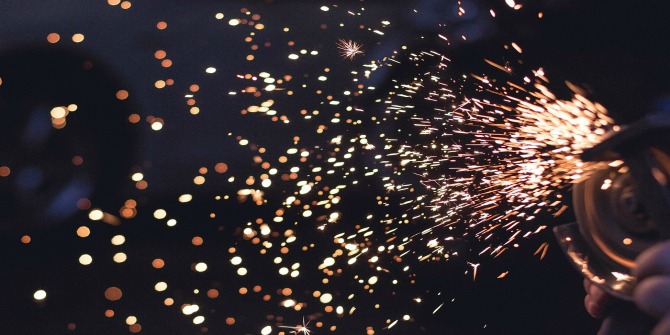