Both the Conservatives and Liberal Democrats have trumpeted their recently published localism bill as a decisively new framework for central relations with local government. Tony Travers argues that codifying the relationship is welcome, but it must embrace boosting financial as well as administrative autonomy for local councils.

For decades it has been an accepted feature of British politics that local government’s role is in large parts subordinate to the central administration. This understanding does not necessarily flow from any deliberate policy decision to this effect. Rather it is an emergent long term development that has been spurred on by certain extraneous events – principally a reduced scope of overseas affairs as the British Empire collapsed after 1945, leading to greater emphasis being placed on the domestic and welfare state agenda by ministers and in Westminster.

The effect has been that Whitehall now acts as a grand court deciding virtually all major decisions that affect England (a huge and undivided unit of 55 million people), resulting in the weakening of the political class outside of London. The issue of codifying the relationship between central and local government – that is the entrenchment of a specific division of powers in law – must therefore begin by establishing whether the existing central/local balance should be preserved, or whether Parliament should seek to redraw the line at a different point based upon an earlier state of affairs. In my view a decisive shift in the balance brought about by some form of decentralisation would be a good thing. And so, ultimately, codification should work towards this aim. 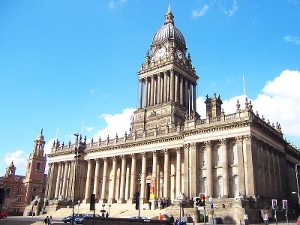 Local authorities could achieve greater levels of independence only if financial autonomy is devolved along with political autonomy. Financial autonomy would create the capacity for local authorities to raise revenues and to be held to account for it. The trend since 1945 has been for councils to become ever more dependent on central funding. An astonishing 95 per cent of English taxes are now paid to the central government. The other 5 per cent constitutes council tax, and even this is subject to capping.

Where are the pressures and demands for reform from within the existing system? Blurred accountability seems to suit all sides, because it lets everybody off the hook when undesirable decisions have to be made. Codification would allow people to know exactly where accountability lay and would help to challenge this complacent consensus.

Yet the UK polity still is clearly capable of making decisions that go against these entrenched interests and inch further down the road of decentralisation. The devolution in Scotland and Wales, and to a lesser extent London, has created something approaching a new constitutional settlement that hands power to people outside of Westminster. The process has proved to be stable, successful and cumulative – with an ‘organic’ drift of more powers downwards to Scotland, Wales and the Greater London Authority and mayor. This trend looks well placed to continue for the foreseeable future.

Traditionally civil servants and sceptics have been concerned that decentralization could hand powers to ‘undesirable’ entities who take control of and abuse the enhanced capacities of newly powerful local authorities. Yet the empirical evidence of devolution shows by contrast that empowering and trusting the people leads to carefully considered electoral choices by voters and more scrutinized policy choices by decision-makers. Moreover, any elected group would be constrained by law in terms of how they were allowed to set taxes and treat their constituents.

Complete financial devolution and autonomy would theoretically be possible for a significant minority of local authorities, while many others would remain dependent on central support. However, the UK has developed a very sophisticated and complex system of equalisation grants. Currently, these provisions mean that there can be no 100 per cent self-dependent of ‘free’ authority. Looking at alternatives, such as a visible and transparent inter-area transfer arrangement, should be a priority for the government’s review of local finance.

Codifying how Whitehall relates to local government from now on entails determining where the boundaries of the relevant constituent authorities should be. An expensive reorganisation of local government at this stage should be avoided – this would one fighting front too many and could derail the whole process. Instead the three key elements that should form the centrepiece of any codification arrangement are these:

This blog summarizes evidence given on Thursday November 25 by Tony Travers to the House of Commons’ Political and Constitutional Reform Committee.

To view his evidence to the Committee please click here.

Posted In: Localism and the Big Society | Public Services and the Welfare State | Whitehall