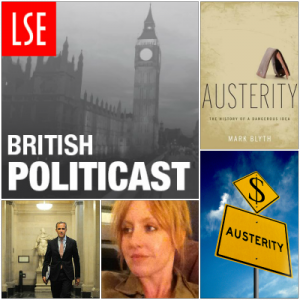 In this episode, we focus on austerity economics and the role of central banks in times of financial crisis. The UK coalition government embarked on a programme of spending cuts when it came to power in 2010. Since then many economists and academics have argued that the intellectual justification for austerity has crumbled and it is a self-defeating strategy in bad economic times. Mark Blyth, Professor of Political Science at Brown University in the US, takes this view in his new book Austerity: The History of a Dangerous Idea. He discusses why he thinks austerity is merely a form of self-harm. We also hear from Claire Jones, economics reporter at the Financial Times about the role of central banks, particularly that of the Bank of England, in the age of austerity.