Mike Savage discusses the results of the largest British class survey ever conducted. It shows that class divisions remain very powerful and are becoming more entrenched. There is a growing gulf between the elite and the lower classes, and what used to be termed the middle and working classes seem to be splintering into social classes with systematically differing amounts of cultural and social capital.

The Great British Class Survey (GBCS) was launched in January 2011. More than 161,000 people took part in the BBC Lab UK’s web survey, making this the largest study of social class ever undertaken in the UK. The results have just been published in the journal Sociology, and presented in a plenary session at the British Sociological Association Conference in London on April 3rd.

Our core finding is that the British class system is becoming more polarised between a prosperous elite and a poor ‘precariat’, and also that what used to be termed the middle and working classes seem to be splintering into social classes with systematically differing amounts of cultural and social capital. The British class system is hence fracturing horizontally, at the same time that social divisions are becoming more entrenched. This is a sobering picture which demonstrates that class divisions remain very powerful – even if they have changed in their nature.

The GBCS web survey suffered from a strong selection bias, with participants being predominantly drawn from the well-educated social groups – the kind of people who tend to be the BBC audience! To overcome this we ran a second identical survey (with survey company GfK) based on a nationally representative sample. We have used the data from the two surveys in parallel; defining nationally representative class groups using the GFK survey and uncovering detailed information from the GBCS for each class group about education, cultural/leisure activities, jobs/income/savings and geography. This offers unparalleled insights into the organisation of class inequality today.

Traditionally a person’s class was defined by their job, but many sociologists think this is now too simplistic. Influenced by the arguments of sociologists such as Pierre Bourdieu, they argue that a person’s social class has three dimensions: economic, social, and cultural. To measure an individual’s ‘resources’ in each of these dimensions, sociologists look not only at economic capital (income, savings, house value, etc.), but also social capital (the number, and also the status of people one knows), and cultural capital (the extent and nature of cultural interests and activities). In the GBCS we had measures of all three of these forms of capital, to see how they contribute to a person’s class.

Using latent class analysis on measures of economic, social and cultural capital, from our nationally representative sample, we defined a new model of class in Britain today. It contains the following seven class groups:

How the class groups were identified

We asked a series of questions about income, house value, savings, cultural and leisure activities and what jobs one’s friends do. From the answers we were able to determine a person’s economic, social and cultural capital scores. We did latent class analysis using these scores to determine the shape of the British Class system. What emerged was a map of seven class groups. 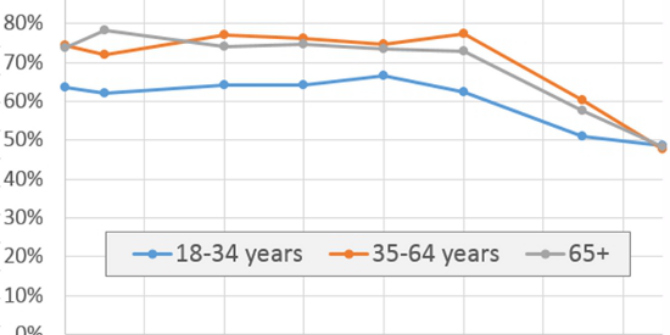 The Paralympics have the power to change attitudes towards disabled people

Mencap and the ‘Get my vote campaign’