Do MPs vote to express constituents’ interests, even if such representation overrides their own personal preferences? Christopher D. Raymond explains why this may be the case and what implications it could have in trying to understand voting behaviour in divisive policy topics, like Brexit.

When studying legislative voting behaviour, most literature aims to examine how MPs’ personal views influence how they vote. But because most studies lack direct measures of MPs’ preferences, it is unclear whether their personal preferences are indeed dispositive in deciding how to vote, or whether other factors are in play.

In my recent research in Parliamentary Affairs, I examined a series of free votes, which allowed MPs to express their personal or constituents’ preferences as they voted. These free votes dealt with proposals to reform the House of Lords (electing all or a proportion of the House). I matched MPs’ voting behaviour to a survey of MPs’ preferences regarding the issue.

The results provided very little evidence that MPs’ preferences increased the likelihood of supporting measures to elect the House of Lords. Instead, the results suggested that MPs voted more to express the interests of their constituents. For instance, MPs from constituencies with more Liberal Democrat supporters were more likely to vote for an elected House of Lords. In line with the fact that Liberal Democrats and their supporters have long argued for an elected second chamber, this finding suggests some MPs facing tough re-election races against Liberal Democrat opponents may have used their votes on these divisions to appeal to Liberal Democrat voters.

In addition to finding that Labour MPs’ party affiliations continued to influence their behaviour after controlling for their personal and constituents’ preferences—in line with other recent research—Labour MPs from constituencies with more Conservative voters were significantly more likely to support an elected House of Lords. Facing strong challenges from Conservative candidates, some Labour MPs needed to emphasise to party supporters their personal commitment to the party’s manifesto pledges to reform the House of Lords to offset the damage done to their personal chances of re-election by their party’s failure to deliver on the promise to create an elected second chamber. 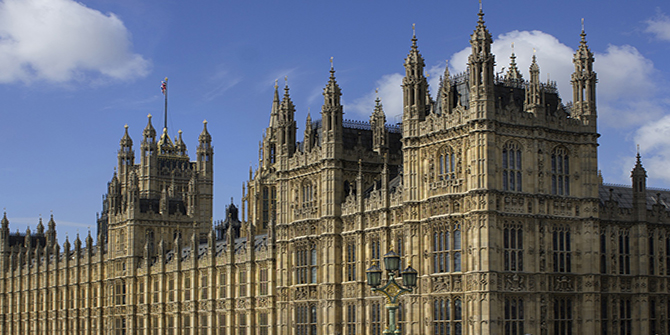 These findings have obvious implications for unfolding events regarding the UK’s future relationship with the European Union. On division after division, the Labour party continues to exhibit difficulty in maintaining party cohesion on issues dealing with Brexit and the UK’s negotiations with EU leaders. Many of the Labour MPs who have defied the whip have done so on bills or amendments demonstrating their pro-European credentials; many of these defecting MPs represent constituencies with many voters who supported remaining in the European Union in the 2016 referendum. Reflecting the fact that many Labour constituencies voted for Brexit, most Labour MPs (most of whom campaigned to remain in the European Union) have not voted against Brexit.

My research suggests we can expect continued division within the Labour Party on votes dealing with Brexit. Because Labour drew the support of both pro-remain and pro-Brexit voters in the 2017 election, we can expect that the party will be divided on future Brexit-related divisions between those MPs elected in constituencies that voted to remain in the EU and those representing constituencies that voted to leave. While there is a possibility of similar backbench rebellions among Conservatives—with MPs like Anna Soubry and Ken Clarke defying the Conservative whip to represent their remain-leaning constituencies—the fact that most constituencies represented by Conservative MPs voted to leave suggests those concerned with re-election may continue to support the government’s position on Brexit, even if they (along with the majority of Conservative MPs) supported remaining in the EU.