Secession, however, should not be understood as an absolute constitutional taboo. There are some constitutional orders that allow for a consensual and democratic process of partition. Take for example Article 39 of the Ethiopian Constitution that provides ‘every nation, nationality or people in Ethiopia’ with ‘the unrestricted right to self-determination up to secession.’ Even the minuscule State of Liechtenstein allows individual municipalities to secede from the union, according to Article 4 of its constitution. 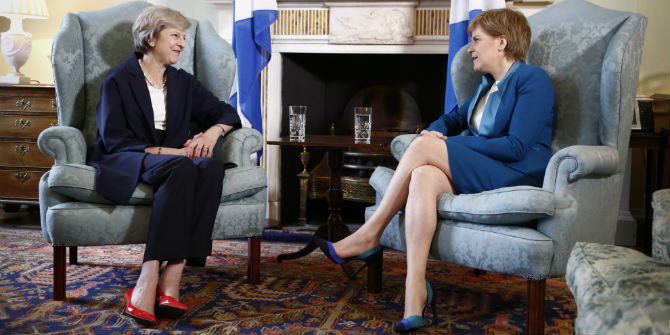 Nicola Sturgeon hosts Theresa May at Bute House in Edinburgh, July 2016. Photo: First Minister of Scotland via a CC-BY-NC 2.0 licence

Note: This post represents the views of the author and not those of the Brexit blog, nor the LSE. This post originally appeared on the LSE Brexit blog.