The recent riots in London and other English cities have thrown the government’s plans for reforming police services and cutting police numbers into sharp relief. Traditionally the Tories have been tough on law and order issues and so aligned closely with the police. Yet Tim Newburn argues that David Cameron and Tory ministers are clearly behaving in ways that express a belief that the UK’s police services are ripe for reform.

We find ourselves in novel times. For the past 30 years the Conservative Party has done all in its power to ensure that it was the policeman’s friend. Recognising that the police service was a powerful lobby, and that the support of the police was vital, especially in times when contentious public policies were being pursued, it carefully crafted an agenda which kept the coppers on their side.

It took some time for the Labour Party to catch on, but like so much in the law and order territory, Tony Blair sought to make policing his own when he became shadow Home Secretary in 1993. As a consequence, and until recently, the battle among politicians to stay closest to the police has been unrelenting.

Times appear to have changed. The government, and in particular the Conservative party, has been falling out with the police on a regular basis. This started with the vigorous way in which the coalition government pursued its public sector cuts. Ministers made it clear to the police that they would be receiving no special treatment or protection from the general fiscal tightening – in stark contrast to Margaret Thatcher’s approach when she took office in 1979.

Then followed the unveiling of the coalition’s police reform agenda and, in particular, the proposal to introduce directly elected Police and Crime Commissioners.  Faced with what at best has been police scepticism, and at worst outright hostility to this innovation, again government ministers did not blink. There things might have rested, if not entirely comfortably, then at least with a sense of uneasy calm.

What really raised the temperature was the recent riots and the view offered by several senior Conservative politicians, including the Prime Minister, that the initial police tactics had been too slow and too timid, and that it had taken political intervention to bring about the tougher policing that was required. The police response was a furious one and the sense of grievance among the ranks is not likely to diminish quickly.

As if this were not enough, it then became public knowledge that the Prime Minister was keen on the idea of appointing an ex-American police chief to the top job in the Metropolitan Police. Whether they were right to do so or not, the British police service saw this as a direct challenge to its authority, to its professionalism and its expertise. The man in question was Bill Bratton.

Now retired from his position as Commissioner of the Los Angeles Police Department, a post he held between 2002-2009, Bratton was previously the Commissioner of the Boston Police Department, the New York Transit Police and, most famously, of the New York Police Department during Rudy Giuliani’s first term as Mayor. In the aftermath of the recent riots and looting the Prime Minister announced that Bratton had accepted an invitation to work as an unpaid adviser to the government on gang violence, and it was at this point that the idea that No.10 was receptive to a possible application from Bratton for the Commissionership gained ground. In any event the political and practical difficulties were too great and we now know that Bratton will not be the next Commissioner. Nevertheless, given it was always likely to be controversial, the question of why his name was in the frame at all is an interesting one.

On the surface it is not difficult to understand the attraction. Bratton has held several top jobs in difficult-to-police American cities. And he’s been successful. In both New York and Los Angeles he presided over substantial crime declines and indeed in the less fashionable and newsworthy job as chief of New York’s transit police he also oversaw a major clean-up of the subway system. He’s a charismatic and persuasive individual who appears to be popular both with his own officers and, for the most part, with the politicians with whom he works. And not just in America. Bratton is a global cop. Ever since he rose to fame in New York, politicians from around the world have either visited him to seek advice, or have called him over for what some Americans call ‘face time’. And outside America nowhere does his name feature more regularly than in Britain.  From Michael Howard and then Jack Straw in the mid to late-1990s, all the way through to giving evidence to the House of Commons Home Affairs Select Committee last year, Bratton has been a regular visitor to these shores. And yet despite all this it is clear that few British politicians have any real grasp of the policing philosophy that Bratton espouses, or of what happened in New York in the 1990s and subsequently.

This is most clearly illustrated by the regularity with which politicians of all stripes use the term ‘zero tolerance’ when talking about Bratton and in particular his time as Commissioner of the NYPD. In a series of interviews over the past week David Cameron has called for greater emphasis on zero tolerance policing (ZTP) and has implied that this is what Britain needs and Bratton would bring. The Prime Minister should not be singled out for this, for as I’ve suggested he is merely one in a long line of British politicians that have found the rhetoric of zero tolerance policing attractive without necessarily seeking to understand in any detail the nature of policing in New York or Los Angeles, and without obviously having thought through what a notion like ‘zero tolerance’ might mean in practice. The same cannot be said for senior cops in the UK. British police officers, as the government will now be only too well aware, have generally given it a lot of thought and are not at all keen on so-called ZTP. Perhaps more surprisingly for the Prime Minister, Bill Bratton isn’t happy with the idea either. As he said to me some years ago in interview: ‘zero tolerance… it’s not a phrase I like to be associated with.’ He was similarly explicit late last year when giving evidence to the Home Affairs Select Committee:

I would not advocate attempting zero tolerance anywhere in any city, in any country in the world. It’s not achievable. Zero tolerance, which is often times attributed to me and my time in New York City, is not something we practised, engaged in, supported or endorsed, other than zero tolerance of police corruption… So I would stay away from use of the term. It sounds great. Politically it’s a great catchphrase… You seem to love it over here, because I have the hardest time convincing you to stay away from it.

Bratton’s policing philosophy may not be well understood by politicians, and his hypothetical candidature may not have been popular with many in the British policing elite, but no-one should underestimate him or, assuming he’s really as serious as he appeared to indicate in recent interviews, his willingness to take on a major policing role in this country. We should not write him off yet.

The stand off between politicians and the police

So, what lies behind the current politics of policing in this country? Why do some senior Conservative politicians now seem intent on picking a fight with the police and what does the future hold in this regard? It is clear that significant elements in the Coalition take a pretty dim view of the state of public services generally. The Prime Minister, more particularly, is well-known for once having described the police as the ‘last great unreformed public service’.

Cameron’s view of the service and its willingness to reform may have been affected by his experiences as special adviser to Michael Howard in the 1990s at the time of the Sheehy Inquiry into Police Responsibilities and Rewards – an Inquiry that had considerable impact but left many involved with it frustrated that it had not achieved more. There is clearly a strongly held view within government that there is much about policing that requires reform, and toward the top of the agenda are the issues of responsiveness and leadership. It is likely that both of these made Bratton an attractive candidate to shake things up.

As to what happens next, no doubt the Labour opposition will view this as an opportunity to burnish its own ‘law and order’ credentials once again. They will almost certainly seek to exploit the fact that the aftermath of the riots has left the public feeling nervous about the idea of cuts in police numbers. For the time being one would imagine government will continue to argue that reductions in budget need not necessarily lead to fewer front line officers and that radical reform is anyway long overdue. But how easy will it be to hold the line on this? Can the Tories run the risk that Labour will gain ground in this field?

There are two main challenges in maintaining the current stance. First, the public have become very used to being told how important the police service is, that police numbers are crucial, and that it is vital that the service receives political support. There are significant political dangers here both in terms of running counter to public expectations and simultaneously alienating the very powerful police lobby.

Second, as the riots have just illustrated, it is trickier to take on such reform challenges when the policing and social landscapes seem unstable. It is impossible to know if further disturbances are likely. In the absence of riots, however, there is still plenty that could rock the boat. The third new Commissioner of the Metropolitan Police in three years will be appointed in the next few weeks. After the relatively brief stints enjoyed by his predecessors no doubt the government will want the new man (we’re told there are no women on the shortlist) to stick around for a while.

In the meantime the inquiries into phone-hacking, possible corruption, as well as the policing of the recent disturbances will continue, each and all of which could make life difficult. Simultaneously the Met also has to gear itself up for the Olympics and the Queen’s diamond jubilee alongside all its other responsibilities. We don’t know how any of this will all play out, but one way or the other, it’s unlikely to be straightforward. Interesting times indeed.

Posted In: London Riots 2011 | Public Services and the Welfare State 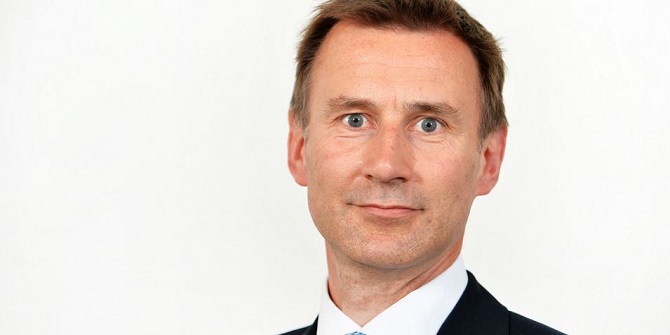