Today, the Independent Police Commission released a report recommending reform of the police service in Britain. It argues, amongst other things, that the police and crime commissioners experiment has failed and advocates an alternative approach which in part will depend on how the police are to be structurally re-organised. Reviewing the report, Jennifer Brown hopes it provides the opportunity to re-fashion the police service to meet the new and constantly more challenging conditions of the day.

Earlier this morning (25th November)  the Independent Police Commission, chaired by Lord Stevens a former commissioner of the Metropolitan Police launched its report “Policing for a Better Britain.” Initiated by Yvette Cooper for the Shadow Cabinet, the recommendations provide a blueprint for what may be the third great reform of the police service. 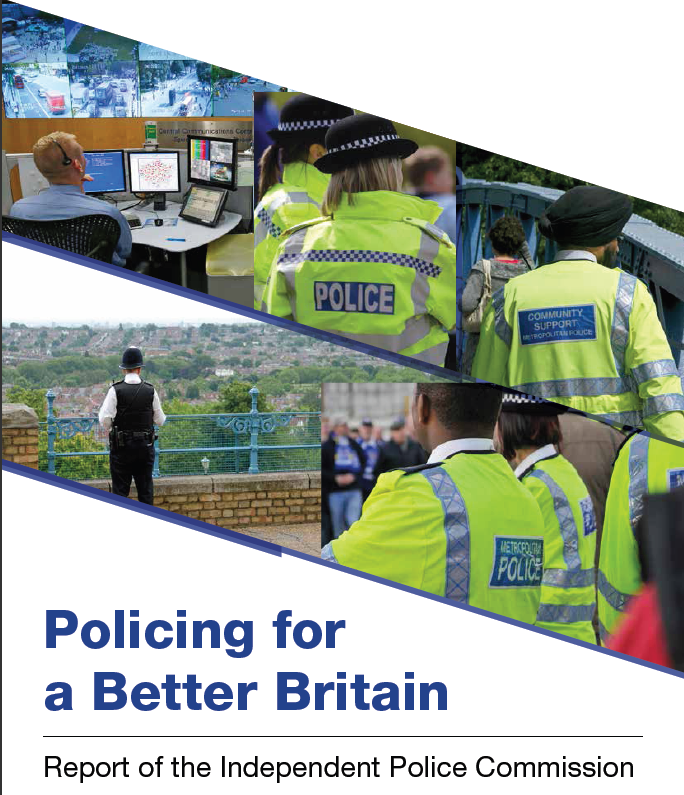 If we take the foundation of the police by Sir Robert Peel in 1829 as being the first key reform establishing the principles for  a paid professional police force whose mandate was the protection of life and property and the second the Willink Royal Commission of 1960-62 which created much of the architecture of  today’s policing, then the report published at the Royal Society of Arts this morning  presents a radical programme to create the profession of policing. Later this afternoon the companion volume of academic papers “The Future of Policing” that I edited will also be launched.

There is a startling symmetry to the issues discussed by Sir Robert Peel, Sir Henry Willink and Lord Stevens. In all three cases precipitation for reform has been alarm and despondency about the probity of the police, concerns about crime and cost of policing. In 1829 Peel was exercised that the effects of the inventions arising from the industrial revolution afforded not only great commercial opportunities but also facilitated the committing of crime by those ingenious enough to harness mechanical inventions. In the present day we are exercised by the information technological revolution with its similar Faustian bargain.

Correspondingly there have been evolutionary stages in which an increasingly better educated workforce and evidence based approaches to policing have  been developed. As a consequence of the Royal Commission, the Home Office research branches were established to enable the police to access more systematic approaches to the investigation and detection of crime. The latest commission advocates the creation of the chartered police professional who will not only have analytic skills and draw from a knowledge base but who will be personally accountable for their competence and conduct to their professional body, the College of Policing. As an antidote to ‘plebgate’ officers and staff charged with serious breaches of conduct or competency will be required to give an account of themselves to an independent panel with powers of striking off from a professional register and removing their licence to practice. 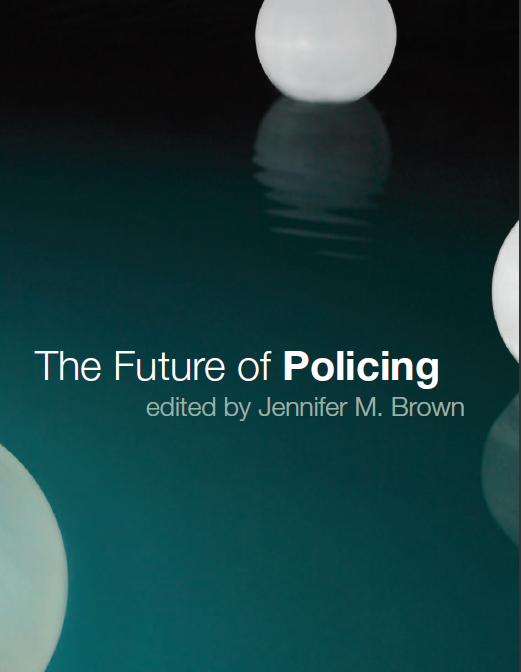 The model created by Peel remained pretty well intact until the Willink Commission in the early 1960s. The Home Secretary of the day, Henry Brooke, exclaimed that the then police system was laid down in the time of Dickens and that it was high time to re-examine the basis of policing in the light of the very changed social and economic conditions of the day. Much the same sentiments can be expressed to underpin today’s report. It is high time to revisit a model of policing whose principles derived from thinking in the 1960s and the social attitudes prevailing at that time. Today we face new crime threats from the internet and computer based fraud, globalisation, the speed of communication, the sophistication of terrorism as well as changing social classes and movement of people all providing the backdrop for updating how we as citizens are policed, how we as citizens are involved in designing policing priorities and in what ways we might be involved in the democratic oversight of the police.

Today’s report argues that the police and crime commissioners experiment has failed and advocates an alternative approach which in part will depend on how the police are to be structurally re-organised. The 43 forces which emerged as a consequence of Sir Henry Willink’s deliberations are in need of rationalisation and which may take the form of mergers, regionalisation or possibly a new national police service.

The report also discusses intractable problems such as the existing IT that cannot ‘talk’ to all 43 forces and the necessity of grappling with the debacle of forensic science services in the aftermath of the closure of the FSS (Forensic Science Service).

New areas of controversy that bedevil the contemporary chief constable is the involvement of the private sector and the commodification of policing for commercial profit. There are, in the present set of recommendations, a set of public interest tests that might be applied when considering involvement of private companies.

Most Commissions of Enquiry like to try and change the organisational architecture of the institution it is examining. The present one is proposing the amalgamation of the functions of inspection and investigation into a new body the Independent Policing Standards Commission in other words this would see the demise of the IPCC (Independent Police Complaints Commission) and the HMIC (Her Majesty’s Inspectorate of Constabulary).

The report also has a lot to say about the management style of the present band of chief officers and also the composition of the police service and how it can accommodate the needs of women and recruit more ethnic minority officers.

Sir Robert Peel argued that his ‘new’ police afforded a new mode of protection for the citizen. Henry Brooke said of the Royal Commission into the police that the report provided a unique opportunity to re-fashion the police service to meet the new and constantly more challenging conditions of the day. It is to be hoped that the report of the present Commission does the same.

Bleeding Europe, Starbucks and tax, and the sustainability of inflation indexing: Top 5 blogs you might have missed this week