Polling Matters: Polling in the dock

Polling Matters: Polling in the dock

Polling Matters is an independent, non-partisan podcast providing expert polling news and analysis, with guests, in the run up to the General Election. In the most recent episode, the team spoke to Lord Foulkes’ about his plans to regulate the polling industry and his reasons behind them. In this post, Keiran Pedley examines some of his arguments, whether statutory regulation of the polling industry is necessary and the relationship between polling and the media.

Is the UK polling industry heading for trouble? In the latest episode of Polling Matters, Lord Foulkes outlined in detail why he is unhappy with the UK polling industry. He makes two main arguments. The first is that the industry lacks the academic rigour that once underpinned it (he is very critical of online polling) and the second is that the industry is far too influenced by the media, which often seeks to influence rather than merely reflect the political agenda. His central allegation is that polling is now used as part of the political process rather than merely to measure public opinion and therefore current regulation is insufficient. The solution proposed is the Regulation of Political Opinion Polling Bill, which would establish a regulatory authority that would set rules on how political polling in the UK should be conducted, with the power to censure those breaking these rules, issuing fines if deemed necessary.

But does the UK polling industry need to be regulated by law?

In my view, the industry certainly does not want for academic rigour and scrutiny. Since the polls were so wrong in 1992, much time and effort has been spent on understanding why and correcting this. Much work has been done, for example, on how to create samples that are politically representative of the UK population (more on this here) and a debate continues over how voting intention questions are asked. Whether, for example, UKIP should be ‘prompted’ or treated as an ‘other’ like the Greens is one such debated issue. Finally, as polling has moved increasingly online, a great deal of work has been done to ensure accuracy is maintained. (Note – it is worth mentioning that despite scepticism about online polling from some, traditional methods such as phone and face-to-face surveys also have their flaws).

Ultimately, pollsters have a vested interest in being right. There will be a result that their methods are measured against and therefore work goes into ensuring that their polls are accurate.

All of the above is underpinned by strict rules regarding transparency set by the British Polling Council. These rules mean that polling companies must publish the methodology used and questions asked when polls are released publically and provide access to data tables as soon as is reasonable – usually within 48 hours. These polls are regularly scrutinised on blogs such as UK Polling Report and when things go wrong, pollsters are generally pretty good at holding their hands up. In short, the transparency and scrutiny is there already – whether it is adequately reported in the media is another matter entirely. I doubt, however, that the public is interested in the minutia of debate within the polling industry – much as it might pain us to admit that!

This brings me to the topic of the media and polling, which is a more complex issue. This relationship could fill an entire post, but for now, some quick points. In my experience, the issue with the media and polling is not the presence of unethical influence being placed on pollsters to provide the ‘right results’, but how polls are reported. For many in the media the intricacies of margin of error, question wording and cross breaks passes them by.

This is important as it means that polling can be misrepresented in the media or greater weight placed on individual polls than ought to be. How the media reports polling is important because it can set the political agenda and influence future polls. This makes it particularly unhelpful, for example, when media outlets ‘cherry pick’ favourable polls for their agenda to publicise. However, though such issues are real, it is highly questionable whether they are the fault of the pollsters or whether a new regulatory body underpinned by law would resolve them.

So what should we expect to happen? The main issues facing polling concern how it is reported rather than how it is done, and so statutory regulation, if feasible, does not help. In any case, time has run out for parliament to pursue this further now. However, in an election so close and unpredictable, do not be surprised if this issue resurfaces after May if the pollsters have another ‘1992 moment’ and get things drastically wrong. In that situation we may be revisiting this question again sooner than we think. 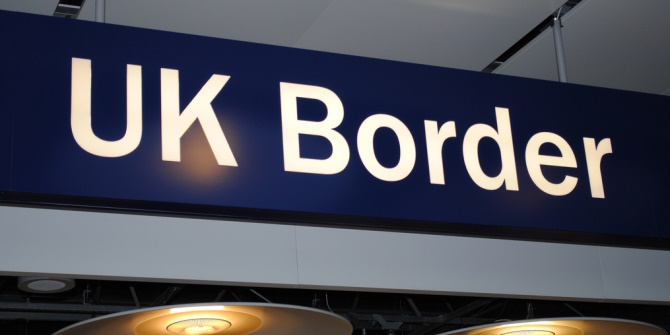