Certain transport planning assumptions about people’s ability to choose where to live are outdated, write Caroline Mullen, Greg Marsden, and Ian Philips. They find that the precarity which exists in the housing and employment systems has implications for sustainable mobility, urban development, and social welfare.

The location of both housing and employment has been a central feature of transport planning for many years. Yet this has not extended to considerations of housing and employment uncertainty. Our research on travel demand indicates that precarity does affect travel behaviour, reducing people’s ability to plan how they travel and creating journeys which are difficult without a car. That, in turn, reduces welfare and opportunities for individuals and households, while also acting as a barrier to sustainability: reducing demand for travel by car is one of the fundamental components of efforts to reduce pollution and decarbonize transport.

This finding sits in contrast to the common assumptions in transport planning, namely that people plan where to live and work, and that they do this by considering the transport available at those locations. As such, it is assumed that for the most part, people can plan how they travel. It is understood that not everyone has this choice, and there is attention to what is called transport-related social exclusion. Nevertheless, this has not yet focused on precarity. Indeed, the aim of our own research had been to understand the implications of changes to the cost of travel rather than the implications of precarity. We conducted in-depth interviews with people on low-median incomes in Greater Manchester and West Yorkshire, and the significance of precarity emerged in the process rather than being something we anticipated.

The link between precarity and travel difficulties

There are many reasons for uncertainty about whether or when people may need to move home: insecure tenancies, repossessions, relationships changing, employers moving or requiring workers to take shifts in different places, often at short notice. We found that the implications for people’s travel can result from one or a combination of these factors.

There are often direct impacts when people face travel difficulties following a move. For instance, one participant faced an unchosen home move, and could only find suitable affordable housing in a location which meant what had been a short walk to work became a journey involving several buses and taking up to two hours in the morning – time she would have otherwise used to take steps towards promotion as a teaching assistant. The journey would only take 30 minutes by car, but in this case car ownership was not possible.

Another participant, a single parent in her mid-30s, had a good and relatively secure job, and a rented home in an area close to family. The difficulty she faced was that her place of employment was subsequently moved to an area which she could only commute to by car, something she could only afford to do with financial support from relatives. She could have moved, but that would have meant uprooting herself and her child from their support network.

As well as these direct impacts, there are indirect travel implications where people seek to mitigate their exposure to precarity. Some of those we interviewed responded to the insecurity of private rented housing by seeking social housing tenancies, with transport accessibility a secondary consideration at most. Others found security in car ownership.

All of this reveals a previously overlooked aspect of precarity. As qualitative research, our findings provide insight and understanding of people’s experiences, but not an account of distribution. Yet quantitative evidence available on the many factors contributing to this precarity also indicates that the scale of transport impacts may be substantial. Resolving the problem may appear a large, almost overwhelming challenge if we think that it cannot be done without changes to the employment and housing systems. Without detracting from the case for reforming the causes of precarity, we suggest that changes to transport planning and provision could mitigate the problems precarity brings to individuals and households and might remove the barriers it brings to a transition to sustainable mobility.

The travel implications of this precarity occur in the context of a mobility system in which there is far from comprehensive provision of public transport or safe walking and cycling routes. It is in that context that car ownership can be a way of ensuring that even if you have little choice about where you need to travel for work, you will be able to make the journeys that you need to. It is also in that context that people without cars face problems and lost opportunities. One step then is to shift from the assumption that people are planning where to live and work with accessibility in mind, and so choosing their travel mode. A straightforward implication is that it may not be fair or effective to rely on encouraging people to move away from car travel and to more sustainable modes. This shift sits well with long-standing calls to focus attention on transport measures facilitated by public (and possibly shared) transport, or active travel (walking and cycling).

More than this, though, our findings indicate the importance of attention to the comprehensiveness of routes and services for non-car travel. Precarity means people’s journeys may be longer, more complex, and more variable than planners expect. This points to a case for focus on providing public or shared transport services and walking and cycling routes which might be lightly used in some places but which form a network, meaning that journeys without cars become viable. This focus on comprehensiveness is itself challenging: resources are tight and the temptation is to look to those services and routes expecting the most travelers. Yet if transport planners give more thought to comprehensiveness, it can reduce precarity, contributing to good investments which benefit individuals, households, and society.
_________________

Note: the above draws on the authors’ published work in Geoforum.

Caroline Mullen is Senior Research Fellow in the Institute for Transport Studies at the University of Leeds.

Greg Marsden is Professor of Transport Governance in the Institute for Transport Studies at the University of Leeds.

Ian Philips is Senior Research Fellow in the Institute for Transport Studies at the University of Leeds.

All articles posted on this blog give the views of the author(s), and not the position of LSE British Politics and Policy, nor of the London School of Economics and Political Science. Featured image credit: Fabrizio Verrecchia on Unsplash. 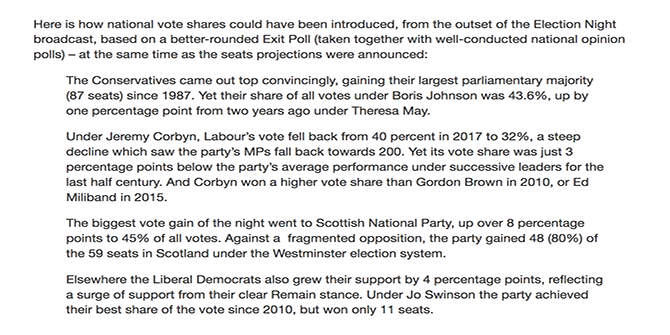