Following her pre-Budget article on what the Chancellor might have been looking to include in his speech, Judith Knott now looks at the announcements as they pertain to business taxes and explains their significance.

When a Chancellor’s room for manoeuvre in the Budget is highly constrained, what emerges tends towards the predictable. The Autumn 2017 Budget is a case in point.

The downgrade to economic growth forecasts by the Office of Budget Responsibility (OBR) was severe, and could have profound long-term consequences. But it was hardly surprising given the warnings from the OBR in October about previously over-optimistic forecasting of productivity growth.

In the nearer term, the Chancellor was helped out by clever accounting (moving housing associations to the private sector). He was able to meet his mandate of reducing borrowing to 2% of GDP by 2021/22, though his head-room was halved.

Against this background, the cursory treatment of Brexit in the fiscal forecasts becomes yet more conspicuous. The OBR made a number of “broad brush” initial assumptions – on immigration, trade and productivity – in the 2016 Autumn Statement, and has retained them unchanged since then. This was straining credibility already in the Spring 2017 Budget, with the increasingly likely prospect of a hard Brexit. The OBR’s conclusion remains that there is “still no meaningful way to predict the precise end-point of the negotiations upon which to base our forecast”. It has perhaps been persuaded not to push for a more radical approach by the fact that there is a mix of both downside and upside risk: the “divorce bill” is not factored in, but nor is the prospect of a transitional period. 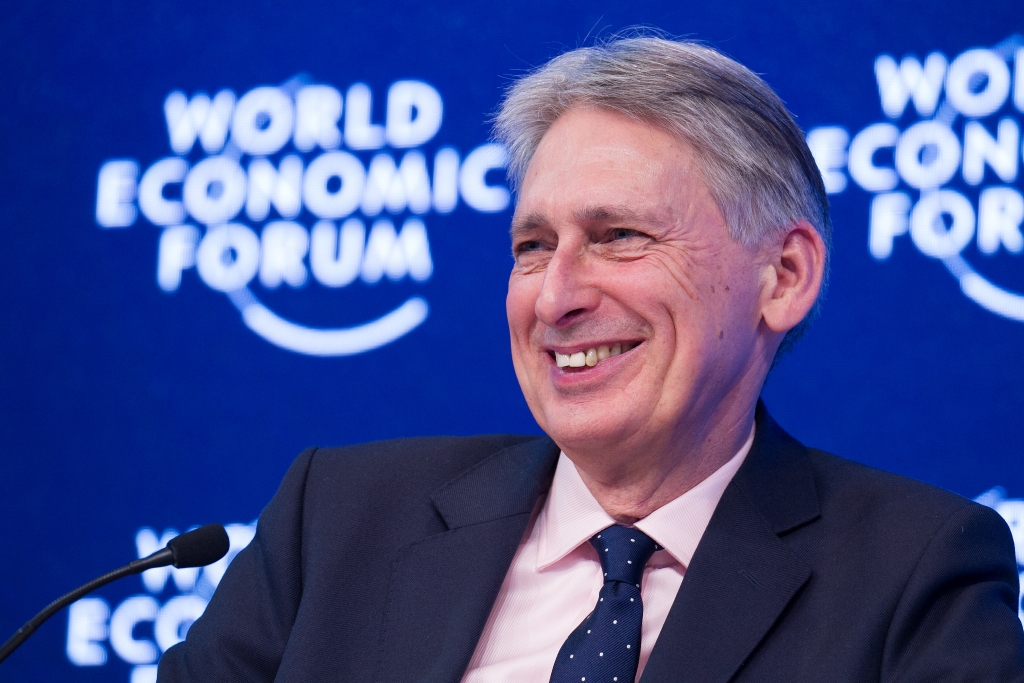 On this occasion, it would seem that Philip Hammond has navigated safely through the political constraints on his own side of the house. He did not retract George Osborne’s generosity on corporation tax rates, and steered away from anything that might look like an increase in tax on small business. As expected, the closest he came was freezing the £85,000 threshold at which small businesses have to register for VAT, with a promise of further consultation.

He also confirmed that the general requirement for businesses to keep digital records (Making Tax Digital) has been delayed indefinitely, though this will be imposed specifically for VAT from April 2019. This change of plan has taken a total of £1.4billion out of the scorecard up to 2022/23, as much of the promised revenue from reducing error through digitalisation will not materialise – though some (including the Treasury Select Committee) might question whether this was ever real money.

One tax-raising measure has started to generate some pushback: the removal of future inflation-linked indexation on corporate capital gains. The timing of this measure may seem odd, given the recent rise in inflation, but it also makes the revenue projections more worthwhile: over £500million a year by 2022/23. The fact that the pushback is coming from an insurance company may indicate who is likely to pay much of this additional tax (sales of many business assets are exempt or relieved in various ways). It is hard to see how their protests will gain political traction, particularly as this relief was removed for individuals back in 2008, and the argument that they have to pass the tax increase on to policy holders is unconvincing.

The targets of another change to capital gains tax are equally unlikely to generate much public sympathy: overseas owners of commercial property. The fact that overseas owners were not subject to capital gains tax on sales of UK property has been a long-standing anomaly and distortion in the tax system. It was corrected for residential properties from 2015, and this latest change levels the playing field for commercial property.

The Chancellor showed he had listened to the well-publicised concerns of business on business rates. The planned inflationary increase in April 2018 will be reduced from 3.9% to 2.8% by accelerating the change from RPI (Retail Price Index) to CPI (Consumer Price Index), at an annual cost of over £500m a year. He also took the unusual step of promising to legislate retrospectively to address the anomaly of the “staircase tax” at a cost of £40m a year, though this merely reinstated previous policy and did not register on the score-card.

As expected, he announced further investment in innovation. The R&D tax credit for large companies will be increased from 11% to 12% (while the scheme for SMEs remains unchanged, with a tax deduction of £2.30 for every £1 of R&D expenditure). There is also a further £2.3billion ear-marked for public investment in R&D through the National Productivity Investment Fund, though economists have been quick to dismiss this as insufficient to address the UK’s deep-seated productivity issues.

To help fund these give-aways, there was the usual significant package of measures to tackle tax avoidance and fraud. These are estimated to raise almost £5billion over the next 5 years, on top of around £10billion a year from previously announced anti-avoidance measures.

The OBR has recently flagged the risks of using the inherently uncertain revenue projections from such measures to fund the more certain cost of tax cuts and public spending. To show how seriously this issue is taken, it devotes a whole page of the Budget Economic and Fiscal Outlook (EFO) to explaining the very high level of uncertainty around the projected £2billion from additional investment in HMRC’s compliance work.

Similar uncertainties surround two measures loudly trumpeted in the Budget speech, addressing problems of the modern digitalised economy. These two measures repay a closer look at the small print in the EFO, particularly as they both have precedents that were not entirely successful.

The first measure is an interim step to address public concern about the taxation of digital business. The government has decided to impose withholding tax on royalty payments to low-tax or no-tax jurisdictions, where the payments relate to services to UK customers, even where the company paying the royalties is not located in the UK. There will be consultation on the detail of the measure, but the reasons for describing it as interim are apparent as the anticipated yield declines rapidly from £285m in 19/20 to just £130million in 22/23, due to anticipated behavioural changes by the companies, and the OBR gives the measure a “high uncertainty” rating.

The second is a measure to address online VAT fraud by making online marketplaces jointly and severally liable for any losses from VAT fraud on their sites. The difficulty here is emphasised by the low level of yield scored in comparison with the size of the problem. HMRC estimates the annual loss from online VAT fraud at £1.2billion, yet the measure is anticipated to bring in a very modest £40-50million annually, and even this is qualified by a “very high uncertainty” rating from the OBR.

Given these uncertainties, it is unsurprising to see both of these measures featuring in a position paper on Corporate Tax and the Digital Economy. While the paper itself is rather thin, it affirms the government’s support for developing “bold multilateral solutions”, building on work at EU and OECD level. With talk of the “Singapore model” still emanating from some members of the government, this is a welcome signal of the government’s continuing commitment to working with – rather than simply competing with – international partners to address the global problem of tax avoidance.

Judith Knott is former Director of Large Business and Director of Corporation Tax at HMRC. Previous civil service roles include Head of Corporate Tax at HM Treasury. She tweets @judithmknott.