Is there more racial prejudice when the economy is weak and does it result in greater racial discrimination in the workplace? In an exploration of UK social attitudes and labour market outcomes over the business cycle, David Johnston and Grace Lordan detect a widening of racial inequalities in wages and employment during recessions.

Some commentators have suggested that racial prejudice escalated during the Great Recession. If true, this may have led to increased labour market discrimination, widening the already existing inequalities in wages and employment. Our research provides a detailed analysis of whether racial prejudice and racial labour market gaps are indeed ‘counter-cyclical’ – rising when the economy turns down. Our measure of racial prejudice comes from British Social Attitudes surveys conducted between 1983 and 2010 – specifically, declarations by white respondents whether they are ‘not prejudiced at all’, ‘a little prejudiced’ or ‘very prejudiced’ against people of other races. To identify the effects of macroeconomic conditions on these attitudes, we exploit variation over time and across geographical regions of the UK.

Overall, our results highlight that employed men aged 35 to 64 who are highly educated have the most pronounced counter-cyclical racial prejudice – or at the least, that there is a larger proportion of intolerant high-skilled men in jobs during recessions.

Assuming that these individuals are more likely to be managers and bosses and to have political power within organisations, this may translate into worse labour market outcomes for non-whites during periods of high unemployment. In other words, if this is an increase in ‘taste discrimination’ (a preference for certain ethnic groups to others), high-skilled white men may discriminate against non-whites at all skill levels over whom they have any power. If, on the other hand, the increase in discrimination is a reaction only to heightened job insecurity, the worsening of labour market outcomes will be concentrated among high-skilled jobseekers and workers (‘people like me’).

In some sense, the latter may be viewed as ‘rational’ discrimination, given that the propensity of white workers to discriminate arises from increased competition with those at their own skill level. If job uncertainty causes members of a majority to form groups based on observable characteristics, such as ethnicity, they can then hire and promote people from within their own group to ensure future labour market success. It follows that if successful, it results in their own jobs and their group members’ jobs being more secure.

We explore which mechanism best explains the increase in prejudice using data on native-born individuals from the 1993-2012 versions of the UK’s quarterly Labour Force Survey. Overall, the results from our analysis suggest that while all groups are worse off, non-whites suffer more than whites during recessionary periods in terms of both earnings and employment.

The recession wage and employment penalties are largest for high-skilled workers, suggesting that they probably arise from competition. Specifically, we find that the penalties are the greatest for non-white workers with high skill levels, particularly for men working in manufacturing and construction industries. For example, for the average non-white worker, their wages will decrease by about 1.2% more than the average white worker for a one percentage point increase in the unemployment rate. But the estimated recession wage penalty for highly educated, high-skilled nonmanual workers in manufacturing and construction industries equals 3.3% for the same unemployment rate increase. This implies that non-white relative wages decrease by around 13% with a four percentage point increase in the unemployment rate, as seen in the Great Recession.

Overall, we find that during recessions there are relatively more white workers who report being racially prejudiced, and that existing racial inequalities in the labour market widen. Given that non-whites continue to experience significant inequalities in health, housing and schooling quality, we conclude that policy-makers must be mindful of how recessions can disproportionately penalise minority individuals, and should develop policies to avoid these harmful effects.

What these policies should be is not obvious given that currently the burden of proving discrimination mostly lies on workers themselves. We suggest that the government audit medium to large firms and publish the proportion of non-whites who are in senior roles. This may offer some safeguards for employees working in companies that rely on public reputation, such as those that interact directly with the general public. In addition, details of employment discrimination claims could be published annually with a right to reply by employers.

Please note: an earlier version of this article is available as Centre Economic Performance Discussion Paper No. 1257. This article summarises ‘Racial Prejudice and Labour Market Penalties during Economic Downturns’ by David Johnston and Grace Lordan, forthcoming in the European Economic Review; it represents the views of the authors and not those of the LSE.

David Johnston is at the Centre of Health Economics, Monash University.

Grace Lordan is a research associate in CEP’s wellbeing programme in LSE’s department of social policy. 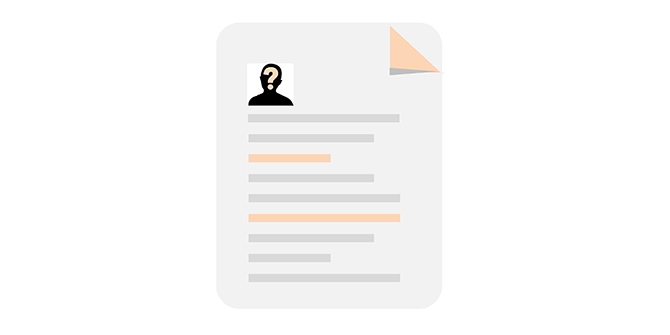