As the National Health Service struggles to meet the country’s hospital care needs, the future may lie in the hands of the private sector. However, Mark Hellowell argues that serious market reforms are to be made to guarantee private acute care is fit for the task.

George Osborne’s autumn statement made one thing abundantly clear: the National Health Service in England faces its toughest ever decade. An additional £15 billion a year of spending cuts beyond 2015 means there is no prospect of balancing the supply of publicly-financed acute care with rising demand.

Analysis by The King’s Fund and the Institute for Fiscal Studies shows that coalition pledges to increase NHS funding in real terms require deep cuts in other spending departments or large tax rises – neither of which appears politically possible. The analysis suggests that the NHS could only close the funding gap through unprecedented increases in NHS productivity (which fell by 4.3% between 1997 and 2007 according to the Office of National Statistics).

For political reasons, the coalition government is unlikely to cut the NHS budget after the current spending review period ends in 2013. But after the 2015 election, its successor may have no choice. As the population expands and ages, and the NHS retrenches (i.e. reduces the depth of coverage and rations care through allowing large waiting lists to develop), more of the demand for hospital care will be met by private companies. But it is not clear that the private acute sector has the capacity to meet this demand efficiently.

The sector is small. It had revenues of just under £4 billion last year compared to the £75bn spent by NHS hospitals. And it has had a bad recession: profits fell last year and many of the top firms are struggling with excessive leverage, implying a limited capacity for expansion. In addition, many see the sector as rather too cosy and olipolistic. Last month’s provisional decision by the Office of Fair Trading to refer the health industry to the Competition Commission brings this issue into sharp focus.

Health care businesses have reason to be anxious. Market investigations by competition authorities can have big consequences for the industries involved. After a recent investigation into BAA, for example, the airport operator was ordered to sell several of its most important airports to competitors. Other cases, such as a probe into payment protection insurance that concluded at the end of last year after years of legal wrangling, suggest investigations can generate risk and uncertainty over a long period. That will have negative consequences for the market value of the sector’s firms and possibly their ability to attract external capital.

The Office of Fair Trading’s (OFT) decision was accompanied by a study of the hospital care market, the conclusions of which give a good guide to the scope of future regulatory action. Its main message is that the market is excessively concentrated, with the top five providers by market share – General Healthcare Group, Spire, Nuffield, HCA and Ramsay – accounting for 77% of the market by revenue in 2010.  Industrial organisation scholars will know that puts the industry in “tight oligopoly” territory. If an investigation does happen – as seems likely in this context – regulators may order some providers to sell off hospitals in order to diversify the ownership structure of the market.

The OFT is also concerned about the existence of monopolies or oligopolies at the local level. This may have implications for the way in which NHS hospitals work with the private sector in the market for insured or self-paying patients. It suggests that any Foundation Trust considering a joint venture with a private provider should pay careful attention to the potential competition implications. Plans for expanded NHS private patient units, supported in a recent amendment to the Health and Social Care legislation, may not be the panacea to deficit problems that some in the health service had hoped.

The report finds that the quality of information underpinning decision-making by patients is often poor. In terms of the quality of services, it believes there is no clear means by which private providers can be readily compared to each other or to NHS facilities. Comparable clinical performance information is not generally available either to patients, GPs or insurers, and neither is such information available for consultants also working in the NHS.

Even in terms of price, patients may be in the dark when choosing where to get their treatment. In a significant number of instances, consultants may not be providing insured patients with proper fee estimates prior to giving treatment. Providers may be ordered to publish comparable data on quality and improve consultants’ fee estimates by publishing information on how often they request shortfalls for payment.

Finally, regulators are anxious that barriers to market entry are too high. Health care providers entering the market are unlikely to turn a profit unless they can somehow access existing insurance networks. In doing so, they run up against another concentrated part of the industry – PMI, in which top players Bupa, AXA, Aviva, PruHealth and WPA – account for 91% of subscription revenue. And some insurers operate a policy where individual hospitals cannot join their network unless all of the owner’s facilities join too.

Much now depends on the OFT’s next move. Formally, the regulator has only signalled that it is “minded” to refer the health care market to the Competition Commission – it is not certain it will do so. It has opened a consultation for interested parties to comment on its proposal and it expects to make a final decision by the end of March. There will now be significant pressure from industry to persuade the OFT that an investigation is unnecessary and that self-regulation is the way forward. Yet, given the strength of the regulator’s case that the market is concentrated, restrictive and underpinned by poor information on both price and quality, there is no guarantee the healers will be left alone to heal themselves.

From a health system perspective, an investigation is welcome. It will provide a useful precedent for the future of competition assessment in the health care. It will, for example, be helpful to Monitor in coming to terms with its new responsibilities as regulator and competition authority under the current NHS reforms. More importantly, the OFT’s move is important challenge to the market power of incumbent firms. As the decade progresses, and health system financing becomes increasingly dependent on private insurance and self-pay, the provider base must be fit for the task. A market investigation should help achieve this. 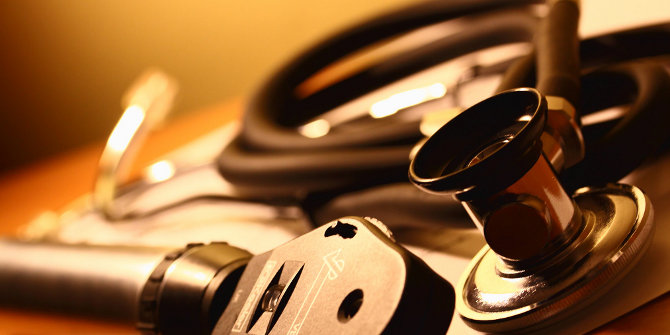