A former British paratrooper involved with the shooting dead of 14 unarmed demonstrators on ‘Bloody Sunday’ (in Derry, in 1972), was arrested in November last year.  Maurice Punch argues that this is a graphic example of a scapegoat masking the sins of the state. It does not properly address the issues of The Troubles to put one individual in the dock, when elites are not made accountable for their actions.

It is difficult to visualize it now, but Operation “Motorman”, carried out on 31 July 1972, involved some 30,000 members of the UK and Northern Ireland security forces (including armoured units) who entered the Republican “no-go” areas of Belfast and Derry. Imagine that happening in Glasgow, London or Birmingham. Using battle-trained soldiers on British streets was a predictable disaster. Given its role in battle and its macho elitism, the Parachute Regiment above all exudes a highly aggressive style. More than other units, this made it completely unfitted for a volatile public order situation. Using these soldiers on that Sunday in Derry in 1972 was a fatal error, generated by a “get tough” policy emanating from Whitehall.

The soldier who was arrested has now been released on bail, and other soldiers also face questioning.  Each individual involved still is legally responsible for his actions in the Bloody Sunday events over 40 years ago. But two key issues have to be taken into consideration in setting a context for this arrest.  One is the recent rash of historical investigations and the other is the key matter of accountability.

In relation to the Troubles there have been a number of historical investigations in recent years conducted by the PSNI / Police Service of Northern Ireland and the Police Ombudsman for Northern Ireland. Both agencies have come under criticism for their slowness in pursuing such cases. These investigations are highly complex, wide-ranging, and absorb considerable resources. They attract intense media scrutiny and have major problems of garnering evidence, tracing victims and having reliable witnesses who, after a long period of time since the incidents, can be relied on in court. In practice such complex and costly investigations may produce little in terms of convictions while having a tendency to spread their scrutiny and point uncomfortably upwards. Indeed, investigations may also unearth accusations and evidence of earlier police institutional bias, cover ups, incompetence and bending to political pressure. Such cases can be highly embarrassing and threatening to those in the political, judicial and criminal justice establishments.

They can also lead to the arrest of suspects decades after the incident took place. In the Hillsborough Stadium Disaster case, for instance, a middle-ranking officer in the stadium on the day of the tragedy – and who has previously been prosecuted and acquitted of offences related to the disaster – is, now in retirement, facing renewed investigation and possible prosecution. But natural justice implies that if he does stand in the dock then he should not stand alone but should be accompanied by higher police officers in the command chain, other emergency service officials whose agencies performed poorly and representatives from the football club and the Football Association responsible for stadium safety.  In short, my message is, do not just pursue an individual but follow the accountability chain upwards from the “smoking gun”.

On accountability, it clearly is the essence of democracy: without it “democracy” is fake. And this latest twist to the Bloody Sunday case is an important test of British democracy as to how far the state is prepared to go in seeing that justice is done when the stakes could not be higher. This is because that next to the errors and perhaps crimes of the regular “Green” Army in Northern Ireland – some of which did lead to prosecutions and convictions – there was another secretive “dirty” war being conducted by covert, counter-insurgency units fed by the RUC`s (Royal Ulster Constabulary) Special Branch and the British intelligence community. Covert units of the Army and RUC, rogue units of the UDR / Ulster Defence Regiment and hit-squads of loyalist paramilitaries in receipt of official information carried out illicit killings of unarmed republican suspects, people with alleged republican sympathies and Catholics who simply lived in the “wrong” area. Yet much of this is unlikely ever to reach a court of law. 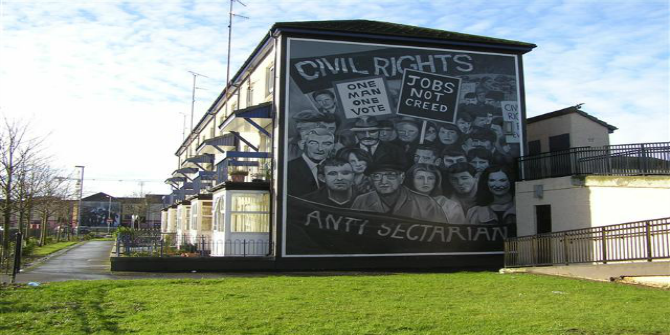 There is absolutely no doubt that the militant nationalist movement, largely through the Provisional IRA, was responsible for a great deal of violence, destruction and many deaths. Yet many nationalist activists – as well as loyalist ones – received an amnesty as part of the Good Friday Agreement. Others on the run were informed that they would not face prosecution. And former activists have entered public life and have been received by the Queen. Indeed, some activists who have been involved in extreme violence – including the Brighton bombing – now meet with their former victims and together they publicly espouse peace and reconciliation.

This context makes it difficult to justify prosecuting a lowly actor from thirty years of conflict involving many potential suspects at the highest of levels while many other actors responsible for multiple deaths now walk free. If the former soldier is prosecuted then should he not ideally be accompanied by his commanding officer on that day, the Head of the RUC Special Branch, Commander Land Forces (Northern Ireland), Chair of the Joint Intelligence Committee, the  Northern Ireland Prime Minister, the Minister of Defence,  and the UK Prime Minister (several of whom are now deceased)? Furthermore, perhaps there could be a judicial way to apply amnesty to certain offences during the Troubles, as happened with the Truth and Reconciliation Committee in South Africa. It`s also doubtful if the prosecution of one former soldier will bring closure to the families of the victims.

In fact as time goes by it becomes increasingly difficult to conclude investigations. And if investigators follow the audit trail upwards to Whitehall they encounter missing evidence, memory loss among participants, and documents embargoed or culled on grounds of “national security”. Perhaps the most that can be expected is a deep, independent investigation into the Troubles and the role of British administrations and security forces during those thirty odd years. That might bring some form of closure to the people of Northern Ireland and others, but it is most unlikely that anything like this will happen.

In the meantime, justice is not done, and accountability is not enhanced, by taking a single scapegoat for the state`s crimes to court after forty years. If there is a trial then there should be effigies next to the accused in the dock of all those in the accountability hierarchy who also deserve to face prosecution and who have evaded justice in relation to a disgraceful episode in British history.

Maurice Punch is a Visiting Professor at the Mannheim Centre, London School of Economics. He recently published State Violence, Collusion and the Troubles and, with colleagues, What Matters in Policing?

Posted In: British and Irish Politics and Policy | Featured | Uncategorized 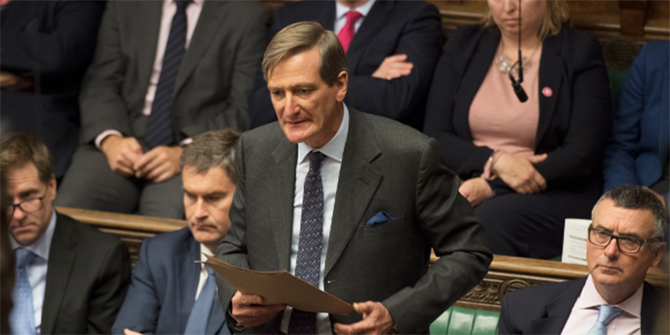 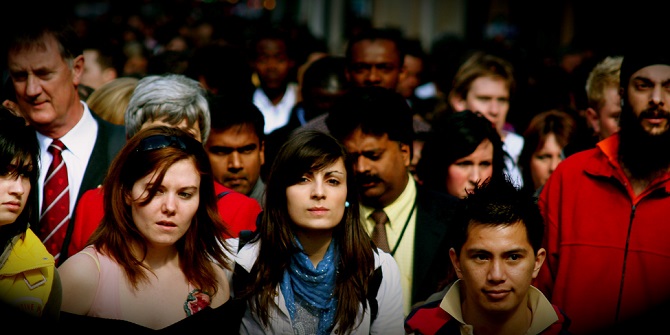