Bernard Mandeville’s views on the benefits of establishing legal and well-regulated brothels are very relevant today, despite having been written in 1724, writes Bruce Elmslie. He explains that although the question of how best to regulate prostitution remains, the evidence shows that legal prostitution is associated with a decrease in diseases, decreased sexual violence against women, and increased health and safety for prostitutes.

Ever since the first arrangements were made for the exchange of some form of money for some form of sex, buying (or selling) sex has raised thorny issues for society’s rulers and governments. The Israelites condemned it, believing it would encourage men to seek sex outside marriage (Proverbs 23:27–28). Throughout much of European history, the profession was legal and often a source of tax revenue. The ancient Greeks and Romans used prostitution as a cash cow. It was unregulated in Britain until the Reformation, when it was criminalized. The question of how best to regulate prostitution is still with us, as evidenced by the plethora of policies across the world, from laissez-faire to outright prohibition. The Economist magazine thought the issue important enough to devote a cover to its own free trade position on prostitution (9–11 August 2014).

Modern economics is usually kind to market exchange, giving freely contracting individuals the benefit of the doubt rather than seeking to restrict them. Exceptions are made for market failure, that is, occasions where exchanges between individuals make society worse off. Two major failures relevant to the market for prostitution are externalities —where persons outside the exchange are negatively affected — and asymmetric information — where one party in an exchange has better information about the product or service than the other party. These types of failures create a role for government to regulate exchanges in some way. Secondhand smoke, for example, can be handled with a cigarette tax equal to the negative effects on nonsmokers, whereas asymmetric information can be handled with truth in labeling laws. 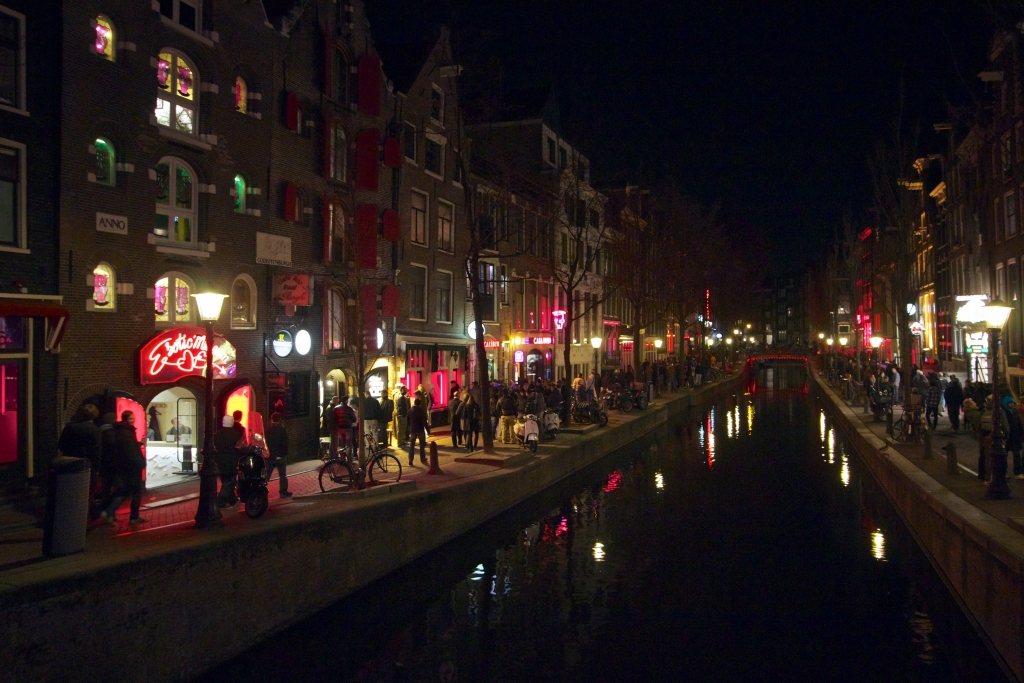 The failure often arises, however, not from the market, but from regulation. Violence against prostitutes from customers or bosses, for example, is a serious reality. Can you imagine a situation in which you, working at a fast food restaurant, are assaulted by a manager who doesn’t like the way you’re flipping burgers? Probably not. Then why is it a regular experience for prostitutes? Simply put, flipping burgers is legal and prostitution is not. Such situations are called government failures, that is, negative outcomes arising from unintended consequences of public policies.

The regulatory tool kit for the sex trade is much older than is commonly thought. In 1724, the rogue social philosopher Bernard Mandeville wrote A Modest Defense of Publick Stews (brothels), analyzing the post-Reformation prostitution market in England with the steely detachment of the best modern economists. He laid out the costs and benefits, located the failures of market and government, and designed a policy to counter both. Mandeville split society into female prostitutes, men, and women who are not prostitutes (chiefly virgins and married women). For Mandeville, the “only End of all Law and Government” was to attempt to increase “the Welfare and Happiness of the Community,” and prohibition was harming everyone. Mandeville’s concerns arising from prohibition included the spread of syphilis (French Pox), the increased pressure on women to become sexually active outside of wedlock, the low level of health and safety of prostitutes, and the general commercial and physical health of the nation.

In view of all these concerns — much of them resulting from badly constructed policy — something had to be done to improve market outcomes “in such sort as may best prevent these Mischiefs.” Mandeville’s answer was the establishment of legal and well-regulated brothels. The brothels were to be clean and safe for the prostitutes; the prostitutes were to be checked regularly for sexually transmitted diseases and, if found infected, “sent to the Infirmary, and cured at the Publick Charge.” Moreover, a fund was to be set up to care for and educate the children of prostitutes along with a pension plan for the prostitutes — all to be paid for by a tax set large enough to cover the external costs arising from prostitution.

Broadly speaking, Mandeville believed that a well-designed policy of legal prostitution would have three benefits; decreased sexually transmitted diseases, decreased instances of sexual exploitation of women who were not prostitutes, and improvements in the health and safety of prostitutes.

Each of these issues has been the subject of academic study through the use of questionnaires of prostitutes in legal brothels, theoretical modeling and simulation, and empirical work based on a famous natural experiment arising from an unexpected court ruling in Rhode Island. A similar story arises each time. Legal prostitution is associated with decreased disease incidence, decreased sexual violence against women, and increased health and safety for prostitutes. For example, the Rhode Island experiment resulted in a 31% decrease in reported rape offenses and a 39% decrease in cases of gonorrhea in women, while legal prostitution in Nevada has resulted in zero cases of positive HIV tests among prostitutes in mandatory weekly exams and few concerns with violence against prostitutes.

Maybe it is time to give Mandeville another hearing.

Note: this article was originally published on the Oxford University Press blog and is reposted here with permission.

Bruce Elmslie is a professor of economics at the Peter T. Paul College of Business and Economics, University of New Hampshire. More on this topic can be found in his recent article “Publick Stews and the genesis of public economics” (freely available for a limited time) in Oxford Economic Papers. The punctuation, spelling, and italics in all quotations above are original.

The final verdict on George Osborne as Chancellor – the economic damage is done, permanently