Since the global financial crash, public libraries in the UK have come under threat in the face of local government budget cuts. It is the logic of market values and profitability, rather than by a concern for inequalities, community and inclusive access to information and literature, which is the criteria upon which this area of public spending is being judged. Daniel Bailey argues that we should not apply the market logic to public libraries, but instead see them as an essential public good.

One of the most distressing aspects of the coalition government’s austerity drive in recent years has been the cuts to, and widespread closures of, library services; a trend which feeds into a wider debate about the sustainability of public libraries in the midst of political antipathy towards the very notion of a taxpayer-funded public good.

Public libraries have helped shape a more inclusive society ever since the Public Libraries Act 1850 gave boroughs the power to establish book lending services free at the point of use – a service which had a tremendous effect on improving literacy. The collectivised philosophy underpinning these services inspired Conservative Party opposition to this Act on the grounds that they may incubate social agitation and subversion. Today, they still provide a common space where information and literature is accessible to all, help cultivate community spirit, and provide computer and internet facilities particularly valued by the elderly and job-seekers (as noted by a survey conducted recently on behalf of the Bill and Melinda Gates Foundation). Indeed, it can be seen as an exemplar of a public good.

In the modern age, the environmental rationale that the supply of these services carries a far lower carbon and resource footprint than the individualised, first-hand outlets of popular book shops or shopping websites should offer an additional incentive to preserve these local institutions. Although individualising book consumption is more likely to stimulate the GDP statistic, collective services enable scarce resources to be shared in cost-efficient and environmentally sensitive ways.

Since the global financial crash, public libraries have been subject to an increasingly intense fiscal audit in the face of reduced local government budgets as it has been deemed by many that the UK – the eighth wealthiest nation in the world – does not possess the necessary resources to preserve them. According to the CIPFA, this has resulted in a 9.4% fall in total expenditure on library services in the last two years, and a 20% reduction in library staff since the 2008/09 financial year.

As a result, a survey conducted by the Chartered Institute for Library and Information Professionals in December 2012 showed that overall library opening hours are reducing by 1,720 hours per week, and The Guardian recently reported that 439 libraries across the UK have closed since 2010 with a further 280 currently under threat.

This is a particularly acute concern in the more deprived areas of the country which are suffering greater cuts to local government spending than more affluent areas (by around 5.6% according to the Joseph Rowntree Foundation). It is a disparity partly caused by the initial higher levels of spending in deprived areas but it is a distribution of cuts which threatens to entrench existing geographic inequalities, compounded by the socially uneven supply of ‘big society’ volunteers who have been expected to supplant the declining labour force.

Yet, it is clear that the dominant logic which governs this area of public spending is not characterised by a concern for inequalities, community and inclusive access to information and literature. Rather, it is the logic of market values, profitability and a concern for “getting a good deal for the taxpayer” which is the criteria upon which this area of public spending is being judged. Indeed, these have been the discursive prisms through which government spending on public goods have been judged for some time, but the perpetual fiscal audit has intensified since 2008.

This market logic is the measurement with which libraries are faced, rather than the protection of public goods. The notion that a non-profit oriented service could be sustained by taxation for its value as a public good seems antiquated to some, including Will Gompertz who relays the message that in “Austerity Britain, everything must earn its keep; contribute to the bottom line”.

That this profit-led logic is dominant in government as well as the marketplace is an inducement of retrenchment for any area of public spending which as its modus operandi has de-commodification and collectivisation at its core. Even if the majority of UK public services were institutionalised in a period of post-war austerity, where public debt figures dwarfed those of today, these services are now subject to a market-based ideological framework.

Of course, libraries cannot be beyond reform – developing a range of new services and to bring them into the digital age (such as through access to e-books, apps, talks and courses, for example) is entirely desirable. Yet their status as a public good is inimical to the prevailing mentality of contemporary politics and places them under fierce fiscal pressure in the current period of fiscal consolidation.

In a country where social mobility has been gradually eroded and inequality exacerbated, and in a world where greater care should be afforded to our natural resources, public libraries have much to recommend them. Alas, the drive towards consumerism and commodification that has characterised recent decades means that we now have more book shops in the UK than public libraries.

The deployment of TINA (There Is No Alternative) style discourses have come to circumvent any deeper questioning of public library sustainability; and any attempt to go against the grain of the dominant logic has been met with disdain by, the Secretary of State for Communities and Local Government, Eric Pickles who has described library campaigners as “a bunch of luvvies”. But even in an age of constrained state resources, options remain for policy-makers in determining which areas of public spending must be cut and the levels and architectures of taxation. Indeed, it is these political choices which demonstrate who we truly want to be as a country. As J. K. Rowling wrote, “it is our choices… that show what we truly are, rather than our abilities”.

The simple but fundamental question underlying this dilemma, therefore, is what kind of country do we want to live in? Is it a country where this level of state retrenchment is seen as desirable and where anything which doesn’t directly make a profit is deemed to be an expensive extravagance? Or a country committed to the engines of social mobility, democratising access to information and resources, community and the transition to environmental sustainability?

If it is the latter, then, are we willing to countenance the idea of implementing a more progressive tax system to finance it? In recent years the prevalent political impulse has been to retrench state spending – and particularly of those areas not conducive to the pursuit of growth – rather than revitalise an interventionist state. But as a famous author once stated: there is a tide in the affairs of men.

This piece is dedicated to my late Mother, Gill. She was a Chartered Librarian and a lover of public libraries. 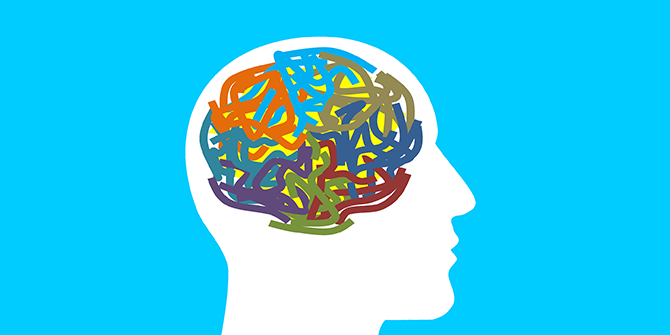 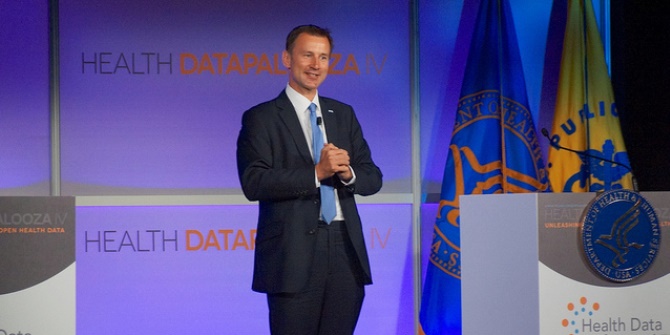 The Privacy Impact Assessment undertaken for care.data isn’t clear on what opting out would mean for our data

The UK’s unemployment problems are too complex to be reduced to simply blaming immigration.