April 2011 will see the implementation of many areas of the government’s deficit reduction strategy. Sarah Veale argues that these changes will disproportionately disadvantage women and families, and explores three ways in which women in both the public and private sectors will be hit by the public sector cuts as workers, as benefits claimants and as service users.

It will not come as a surprise that women and families will be disproportionately affected under the coalition’s plans to reduce the financial burden in the UK. An analysis of the June budget by the House of Commons Library concluded that women would pay for roughly 72 per cent of the net cost of the changes in taxes, benefits and tax credits set out in the budget. Then the Comprehensive Spending Review (CSR) announced in October 2010 ushered in further cuts and welfare reforms which are likely to shift even more of the burden onto women and families.

Specific cuts that will affect families with children include:

These changes also specifically affect women, more than men, in a number of ways. Looking at housing benefit for example, single women made up 53 per cent of housing benefit claimants between 2005 and 2008, whereas 22 per cent were couples and 25 per cent were men. Twice as many women than men will face cuts to this much needed benefit which helps them avoid homelessness and poverty. Overly strict caps combined with increased rents for social housing and the cuts in expenditure on social housing will have massive negative impacts on women, especially single mothers. Additionally, research commissioned by the TUC shows that female lone parents will lose 18.5 per cent of their net income through cuts and loss in services. Female single pensioners are set to lose 11.7 per cent of their net income (-£1,326 from an average net income of £11,341). This pushes the most vulnerable dangerously closer to poverty.

Since the CSR, the government has announced the introduction of a Universal Credit.  Although it is still unclear precisely how families’ incomes will change as the Universal Credit is introduced, one of the more worrying aspects for women is that the payment will be made to one person within the household (apart from Child Benefit). In a two parent family, the man is more likely to receive benefits related to work such as Jobseekers Allowance, whereas the mother is more likely to receive Child Tax Credits as well as Child Benefit. If the man becomes the “main applicant”, the mother may well lose out. Research by the Policy Studies Institute has shown that money going into a family via the mother is more likely to be spent on the children than money going into a family via the father.

Not only will women be worse off as a result of benefit cuts, but women are also likely to be the biggest losers when it comes to public sector pay freezes and job cuts. The main reason for this is the fact that, according to the Office for National Statistics, women make up 65 per cent of the public sector workforce. With 500,000 public sector jobs to be axed as a result of the government’s spending review, it is likely that at least 325,000 of those losing their jobs will be women. Women will also feel the impact of cuts in hours or pay more than men because women already tend to work fewer hours and for lower wages than men.

At the same time, women are more likely than men to use many services including social care, libraries, further and higher education, early years care services, sexual/reproductive health services, and healthcare services in general. Reductions to bus subsidies and increases in rail travel costs will have a disproportionate effect on women as women are more reliant on public transport – particularly buses – than men.

Much has been made of the government’s notion of a Big Society which will step in to provide some of the services which will inevitably be lost or reduced as a result of the attacks on the public sector and the welfare system. But according to Carers UK, 6 million people in the UK already do unpaid care work. Over a lifetime, 7 out of 10 women will be carers. Carers UK warns that with local authorities receiving an overall reduction in revenue from central Government of 26 per cent. Women are more likely than men to plug the gaps caused by reduced funding for care, by becoming informal, unpaid, voluntary carers. Women are also more likely than men to find themselves caught between caring for young children and elderly or infirm relatives.

The government’s announcement that the state pension age will increase to 66 for men and women from 2020 – thus speeding up the timeframe for equalisation of women’s retirement age with men’s – will have a disproportionate impact on women. The changes could cost some women up to £15,000 in lost income. As well as changes to state pension age, women face real cuts to their pensions’ accrued benefits. From April 2011 public sector pensions will be uprated according to the Consumer Price Index (CPI) measure of inflation rather than Retail Price Index (RPI), significantly reducing their value to members over time as CPI tends to be lower than RPI.

We have been bombarded with the message that we must accept this bitter medicine because it is for our own good and there is simply no alternative. The TUC believes that a fairer and more economically sound approach to bringing down the deficit would be to focus on taxes rather than cuts. While cuts are likely to impact on those on middle and low incomes, taxes can be raised in a way that does not disadvantage the poorest in society and has a less gendered impact. The TUC estimates that £25 billion is lost to tax avoidance by wealthy individuals and companies each year.

On 26 March TUC is leading a national march and rally to protest against the government’s programme of fast and deep public spending cuts. To learn more about the March for the Alternative see the TUC website for more details. 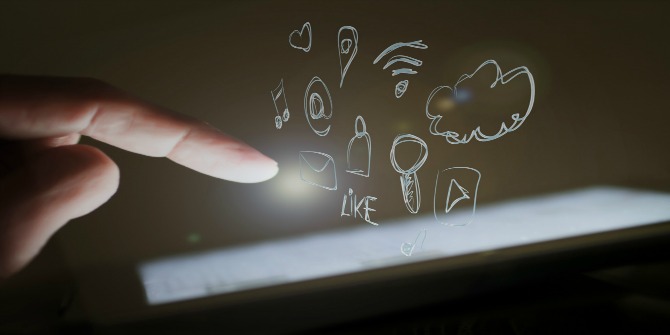