Influential UK and EU politicians have waded into the Scottish independence debate recently, heaping uncertainty onto the crucial issues of currency union, EU membership, and the provision for social security and public services. These interventions present important challenges for the SNP, and the Scottish public will require satisfactory answers to these questions if they are to vote ‘Yes’, writes Mark Shaw.

Over the past several weeks, the terms of debate over an independent Scotland have been changed by a series of high-profile interventions by British and European political figures. These interventions have served to highlight the challenges faced by separatist movements, and the difficult task of negotiating the problems created by the breakup of an EU member state. Three key areas have emerged as particularly important; currency union, membership of the EU, and continuing provision for social security and public services. While the outcome of these challenges to Alex Salmond’s plan for an independent Scotland remains to be seen, they have highlighted three crucial policy areas separatist movements, and the ‘Yes’ campaign in Scotland in particular, must tackle in order to develop comprehensive cases for independence. Failure to do so in this case leaves a great deal of uncertainty over the shape of an independent Scotland. 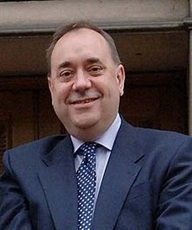 The first intervention into the debate came at the end of January when Mark Carney, Governor of the Bank of England, made clear that Scotland would have to accept that any currency union with the continuing UK ‘requires some ceding of national sovereignty’. Scotland is placed in a uniquely difficult position; unlike other potential separatist regions within the EU, such as Catalonia, it cannot claim prior membership of the euro. Any agreement on currency union with the continuing UK would have to be negotiated between the UK and Scottish Governments. The Conservatives, Labour, and Liberal Democrats ruled out this possibility in a second, remarkable, intervention into the debate on 13 February. Chancellor of the Exchequer George Osborne declared that the pound was not ‘an asset to be divided up’, and the UK would not entertain the notion of a currency union. In ruling out this possibility, Osborne compounded Mark Carney’s warning on sovereignty while shifting the terms of the debate.

Independence movements require economic credibility in order to persuade undecided voters to opt for independence. Indeed, data from the Scottish Social Attitudes Survey suggest that 52% of Scots would support independence if they were £500 a year better off in an independent Scotland, while 72% would oppose it if they were £500 a year worse off. The issue of currency is therefore a crucial one for nationalists to address, and this is especially the case in Scotland. While the SNP have, in the past, supported membership of the euro, their policy throughout the referendum campaign has been to keep the pound. On this issue, the Scottish public is strongly in agreement. A Panelbase poll conducted in the days following Carney’s remarks on currency union showed that 58% of voters favoured keeping sterling in some form; only 4% favoured euro membership, and 11% supported the creation of a new Scottish currency. In order to win the support of undecided voters, credibility of economic and fiscal proposals seems to be vital.

The second issue facing the ‘Yes’ campaign is membership of the EU. In a surprising intervention on 16 February, Jose Manuel Barroso declared on the Andrew Marr Show that it would be ‘very difficult, if not impossible’ for Scotland to reach the required agreement of all EU states for membership. Barroso’s comments represented a startling external intercession into what has hitherto been largely a national debate. They also highlighted the difficultly faced by separatist movements in EU states; there is a great deal of uncertainly over whether a newly independent region can ‘inherit’ the rights to membership of the EU, and in other cases the Eurozone, from its former ‘parent’ state. States that face similar calls for independence from regions are likely to resist the prospect of automatic membership. Indeed, comments from Spanish Prime Minister Mariano Rajoy in November 2013 indicated his belief that Scotland would face ‘an uncertain future’ in which it would ‘remain out of the EU’. In any case, as Merijn Chamon and Guillaume Van der Loo have argued elsewhere on this blog, it is likely that there would be a gap between independence and the conclusion of accession negotiations for any newly independent region.

While the issue of membership of the EU for an independent Scotland remains to be settled, voters are strongly in favour of continuing Scottish membership. Although Euroscepticism has increased in Scotland, as in the rest of the UK, 68% of people in Scotland feel that Scotland should either ‘definitely’ or ‘probably’ be a member of the European Union. A complicating factor here is the prospect of a referendum in the UK on EU membership, promised by David Cameron. Voters in Scotland are faced with a choice between an uncertain path to EU membership outside of the UK, and the possibility of remaining within a United Kingdom that may choose to withdraw from the EU. 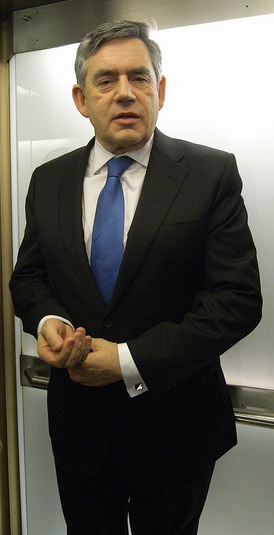 Finally, former Prime Minister Gordon Brown called attention to a third major issue faced by separatist movements, namely the arrangements for the division of assets and the continuation of services. Brown’s speech highlighted uncertainty over the provisions for continuing payment of benefits, particularly pensions, after independence. Brown argued that separation would mean that ‘the British pension stops, the national insurance fund that you’re paying into is broken up’. Brown’s argument was that an independent Scotland would not have the security of the much larger British pensions system to ensure payments at current levels. The way in which the provision of services, especially pensions, is divided is a question that must be addressed by nationalist groups. In the case of Scotland the shape of any division of a range of assets and services, from pensions to the BBC, remains an unknown quantity. Recent polling indicates that 57% of Scottish voters would like to see the Scottish Parliament make decisions about welfare benefits, although this was down from 64% in 2012. However, voters are unsure about the potential benefits of any change in welfare provision. In the 2013 Scottish Social Attitudes Survey, 22% of respondents believed that they would be better off in old age in an independent Scotland, compared to 13% who thought they would be worse off; the rest thought it would make no difference or were undecided. In public service provision, the same survey reported that 32% thought they would be better off, while 30% thought they would be worse off with independence.

The overriding theme linking these three debates – on currency, EU membership, and service provision – is uncertainty. Without the benefit of any agreement on how assets and liabilities would be divided, with conflicting opinion on the possibility of continued EU membership, and with the ruling out of a formal currency union, the SNP face three key challenges in the months ahead. Satisfactory answers to the questions surrounding these challenges, or at least the most pressing of these questions, will be needed to win over a Scottish public that is deeply divided over the case for independence.

Mark Shaw is a PhD candidate at Durham University, where his ESRC-funded project on British policy toward the European Union is focused on the interaction between the media and policy.

Will ‘Eurosis’ condemn Britain to be an outsider looking in?

Trading rights for shares, sex & growth, and the fiscal multiplier: Top 5 (or 6) blogs you might have missed this week

Economics in denial, worrying about grade deflation and some extraordinary excuses: Top 5 blogs you might have missed this week