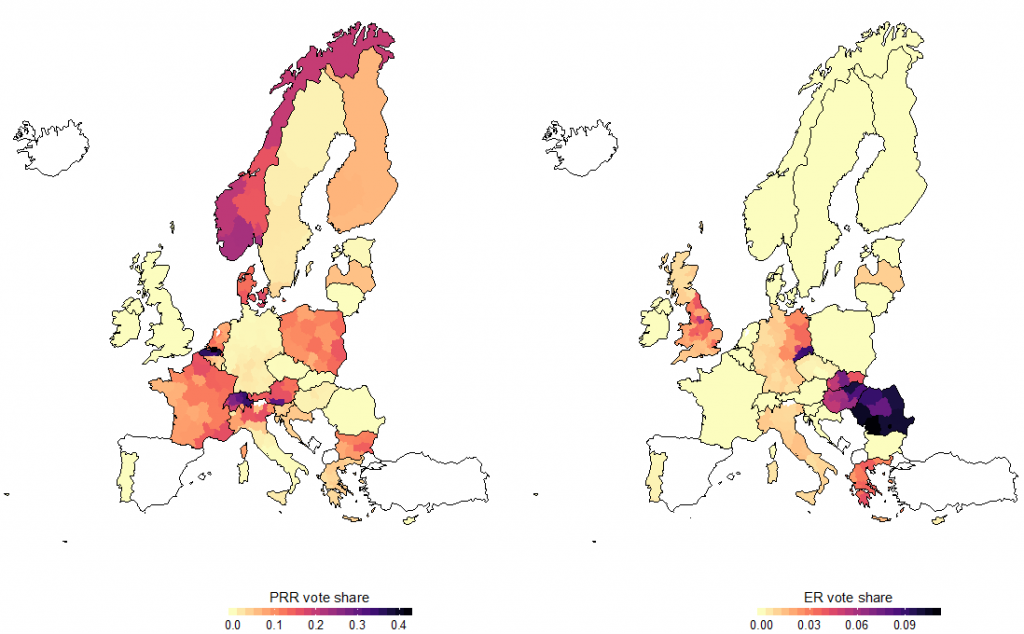 Note: The above was first published on LSE EUROPP and draws on the authors’ accompanying paper in Electoral Studies.

Vasiliki Georgiadou is an Associate Professor at Panteion University of Social and Political Sciences in Athens and Director of the Centre For Political Research. Her current research interests focus on comparative analysis of far right parties, populism, radicalism and violent extremism.

Lamprini Rori is a Lecturer in Politics at the University of Exeter. Her research projects focus on the far right in Europe, political violence, the role of emotions in radicalisation and the dynamics of political networks in social media. She is currently Principal Researcher of the LSE Project “Low-intensity violence in crisis-ridden Greece: evidence from the radical right and the radical left” and the Early Career Fellow of the British School at Athens.

Costas Roumanias is an Assistant Professor at Athens University of Economic and Business. His research interests include formal voting models, empirics of elections, radical voting, comparative politics and behavioral economics.