Research by Christian Dustmann and Tommaso Frattini found that recent immigrants – those who arrived after 1999 – have provided a consistently positive and astonishingly strong contribution to the UK’s fiscal health. This is a reality that contrasts starkly with the “drain on our economy” view often maintained in public debate.

In the national debate about the pros and cons of immigration, the impact on the UK’s tax and welfare system and overall public finances is perhaps the single most important economic issue. We have recently seen claims that immigrants from Europe “free-ride” on the benefits and health system. These stories result in demands that, not only should their access to benefits and public services be restricted, but also that immigration from European Union (EU) countries should be restricted.

Following this debate, it is surprising how little well-researched evidence exists on how much immigrants actually take out of, and contribute to, the public purse. Our recent research paper, published by the Centre for Research and Analysis of Migration (CReAM) at University College London, fills this void.

Based on the UK Labour Force Survey and a multitude of government sources, we calculated the net impact of natives and immigrants by assigning individuals their share of cost for each item of government expenditure and identifying their contribution to each source of government revenues.

Our findings are remarkable. Recent immigrants – those who arrived after 1999 – have provided a consistently positive and astonishingly strong contribution to the UK’s fiscal health. Between 2001 and 2011, immigrants from the European Economic Area (EEA – the EU plus three small neighbours) contributed 34% more than they took out, with a net contribution of about £22.1 billion.

At the same time, recent immigrants from non-EEA countries made a net contribution of £2.9 billion, thus paying into the system about 2% more than they took out. Overall, immigration to the UK between 2001 and 2011 therefore provided a positive net contribution of about £25 billion. And don’t forget that this occurred over a period in which the UK had run an overall budget deficit.

In contrast, over the same period, the tax paid by natives amounted to just 89% of the welfare they received. This works out to an overall negative fiscal contribution of £624.1 billion. Our analysis thus suggests that – rather than being a drain on the UK’s economy – immigrants arriving since the early 2000s have made substantial net contributions to its public finances. This is a reality that contrasts starkly with the “drain on our economy” view often maintained in public debate.

Our conclusion is further supported by evidence on the degree to which immigrants receive tax credits and benefits compared with natives. Recent immigrants are 45% less likely to receive state benefits or tax credits. These differences are partly explainable by immigrants’ more favourable age-gender composition. But even when compared with natives of the same age, gender and education, recent immigrants are still 21% less likely than natives to receive benefits.

The evidence is clear: recent waves of immigrants, those who arrived in the UK since 2000, and who have driven the stark increase in the UK’s foreign-born population, have contributed far more in taxes than they received in benefits. We also point out that by sharing the cost of fixed public expenditures (such as defence), which account for 23% of total government spending, immigrants reduce the financial burden for the rest of us.

In addition, most immigrants arrive to the UK after completing their education abroad and thus at a point in their lifetime when they are ready to put into the system more than they take out. If the UK had to provide domestically to each immigrant the level of education they have acquired in their home country (as it does for natives), the costs would be very substantial.

Finally, our research also points out the strong educational background of immigrants who come to the UK. For example, in 2011, 21% of UK natives had a degree, compared to 32% and 38% for EEA and non-EEA immigrants respectively. Similarly, about one in two native-born individuals fall into the “low education” category (defined as those who left full-time education before 17), while only one in five EEA immigrants and one in four non-EEA immigrants do so. Given all this evidence, claims about “benefit tourism” by immigrants from Europe seem to be disconnected from reality.

Christian Dustmann is Professor of Economics at University College London, Director of CReAM  – Centre for Research and Analysis on Migration, and Scientific Director of the NORFACE Research Programme on Migration.

Tommaso Frattini is Assistant Professor at the Department of Economics, Management and Quantitative Methods (DEMM) of the University of Milan.

A short video on migration and fence-building 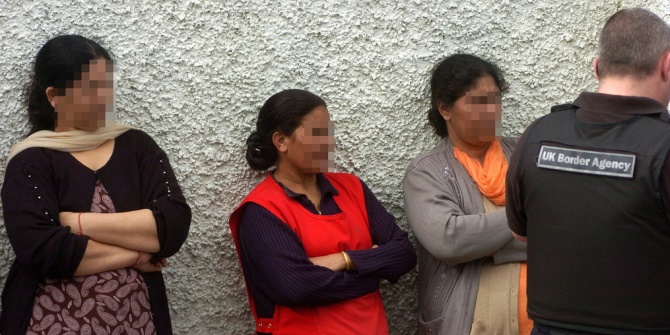 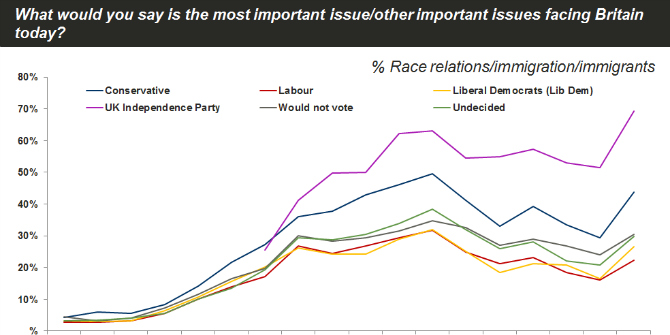