In light of the recent debate in the media about whether the children of those convicted of terrorist offences should be removed from their care, Fatima Ahdash draws on case law to explain why this is both a difficult and dangerous issue for family courts.

Mark Rowley, Assistant Commissioner of the Metropolitan Police and head of Counter-Terrorism policing recently called for the children of those “convicted of terrorist offences, including radicalisers” to be removed from the care of their parents. Rowley argued that although family courts and local authorities now routinely deal with child protection and safeguarding concerns arising in the context of terrorism and extremism, there are also cases of parents convicted of terrorism being allowed to retain custody and care of their children. Rowley also controversially compared parents with extremist and radical religious beliefs to paedophiles, calling for greater “parity” in the law’s treatment of both categories of individuals.

The comments have, predictably, led to very sensationalist media reporting. Some commentators have lent their support to Rowley’s calls, arguing that parents who have been convicted of relevant offences or who indoctrinate their children with narratives of religious or racial supremacy are committing “emotional abuse” that is similar to and should be treated the same as physical or sexual abuse.

This debate is, however, not a new one. Since the rise of ISIS in 2014 and the concerns with children and families travelling to ISIS-held territories, there has been growing concern with childhood radicalisation. In March 2014 Boris Johnson claimed that “hundreds of children” were being radicalised in their homes and called for the law to “treat radicalisation as a form of child abuse” so that “children who are being turned into potential killers or suicide bombers can be removed into care. ” Radicalisation and extremism have, moreover, been increasingly identified and treated as safeguarding concerns and as new categories of child protection.

Does the law allow for the removal of the children of convicted terrorists and/or extremists?

For those convicted of terrorist offences and who have already served a sentence, the law suggests that Mark Rowley’s proposals are indeed possible. The Court of Appeal recently held that the imposition of licence conditions that restrict a convicted terrorist offender’s contact with his children were lawful and proportionate under Article 8 of the European Convention of Human Rights and do not, therefore, violate the right to private and family life.

But what about the role of the family courts? A growing body of English case-law, referred to as the ‘radicalisation cases in the family courts’ touch on this question, with the answer appearing to be (a reluctant) yes. In A Local Authority v T and Others, care orders brought by a local authority against a mother who travelled with her son to the ISIS-stronghold city of Raqqa were approved. In Leicester City Council v T, a local authority’s application to remove the children of a mother who had been apprehended at an airport and accused of attempting to travel with her children to join ISIS in Syria was also approved.

The cases also suggest that for the family courts it is not just travel to Syria and the commitment of terrorist-related offences that would justify the removal of children from their homes. In A Local Authority v HB, the religious and/or political extremism of parents was identified as a “new harm” from which children must be protected. In the very important case of London Borough of Tower Hamlets v B, the removal of a child from the care of her parents was approved following the finding that she had been emotionally harmed viewing copious amounts of very graphic ISIS propaganda. In theory, therefore, the family courts can and do intervene to protect the children of convicted terrorists and/or extremists.

Nevertheless, the courts’ approach towards removal has rightly been cautious. Firstly, of all the published radicalisation cases, permanent removal has only been sanctioned in very few cases where the harms and risks involved were obvious. The family courts prefer, where possible, for other less draconian measures, including electronic tagging (see Re X; Re Y and Re C,D,E ) or care orders that allow for ongoing support and monitoring of the children (see for example Re M (Children) (No2),  and A Local Authority v M and Others).

Secondly, as pointed out by Martin Downs, the family courts have applied the threshold criteria and evidentiary burden rather stringently in the radicalisation cases (see notable examples here, here and here). In these cases, the local authorities’ applications for care and/or wardship orders were rejected on the basis that there was not enough evidence to support the contention that the parents were extremists and tried to take their children to Syria, even though the local authorities’ evidence was strong. But suspicions that do not meet the necessary burden of proof, the family judges have reiterated, are not enough to warrant compulsory intervention.

The point here is that family law does not operate in as simple a manner as Rowley’s comments seem to suggest. Rowley and others calling for greater intervention by the family courts would do well to remember Hayden J’s remarks in London Borough of Tower Hamlets v M and Others: “it is the interest of the individual child that is paramount. This cannot be eclipsed by wider considerations of counter terrorism policy or operations.”

Should the law facilitate the removal of the children of convicted terrorists and/or extremists?

The family courts’ cautious approach to removals in the context of terrorism and extremism highlights the legal and practical difficulties with Rowley’s suggestion. The first difficulty pertains to the obvious fact that not all individuals convicted of terrorist offences are the same. This is particularly true given the wide and inchoate nature of terrorism-related offences in England and Wales: someone convicted of glorifying terrorism is not as dangerous as someone convicted of possessing firearms and planning to carry out an attack. Yet Rowley’s comments do not account for this disparity.

Secondly, courts need to be clear about the purpose of removal, since removals can ultimately harm children. Before advocating even more removals, we must ask ourselves what exactly are we trying to achieve through removal and can this be achieved through less drastic means? Removals are a very serious interference with the right of both parents and children to private and family life. Although it is true that the protection of children is a legitimate aim that can potentially justify such an interference, the measure taken must be proportionate to the aim sought. As was suggested by Marina Wheeler QC and Martin Downs, far less drastic options such as referrals to Prevent (as problematic and controversial as it may be) are available.

Finally, we must not forget the fact that the harm that Rowley and others want to protect children from is ideological and therefore difficult to assess. Assessing whether or not a child has been ‘abused’ through indoctrination brings the family courts dangerously close to the realm of thought-policing. This danger is confounded when we consider that we lack a clear legal definition of extremism and radicalisation, relying instead on vague, controversial and ideologically charged definitions from counter-terrorism and security policy.

Fatima Ahdash is a PhD Candidate in the Department of Law at the LSE. 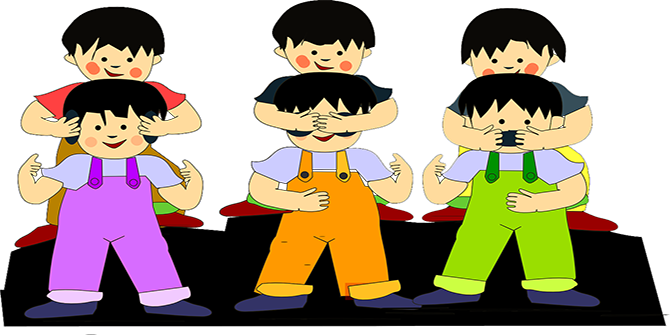