Capitalism as a system is generally assumed to offer consumer’s a vast array of choice in purchasing goods and servies. However, as Terry Hathaway argues here, the choices on offer are really insubstantial, superficial and meaningless choices between one many-faced corporation and another.

Choice facilitates freedom and, as such, has been one of the central appeals of contemporary neoliberal capitalism; without choice, you cannot be free. Considering the Cold War geopolitical climate from which neoliberalism emerged, it made clear sense to point to the vast array of consumer goods in the first world as showing the inherent superiority of capitalism over communism – there was more consumer choice and so more freedom. In the present day, this focus on choice has translated to it being a value that has been spread far and wide in the political system, with even reforms to the NHS justified on the grounds of increasing patient choice.

Yet a great deal of the choice on offer to consumer-citizens is illusionary. I have written previously about the extent to which market choice can actually realise political or societal goals, but here I want to stress a slightly different point – that a lot of the choice on offer is actually superficial; often the primary choices offered only represent a very narrow band of what could be. The reason for the superficiality of choice is that most consumer markets are dominated by oligopolistic corporations that offer a variety of products that differentiate themselves on the basis of their branding.

The confectionary aisle is a good place to start. The choice in your average major supermarket will primarily be between brands from Mondelez (Cadburys, Milka, Toblerone, Terrys, Green and Blacks), Mars (Twix, Milky Way, Galaxy, Starburst, Skittles, Revels, M&Ms, etc) and Nestle (Kitkat, Rowntrees, After Eight, Polos, Rolos, Walnut Whips, Willy Wonka, etc). Additionally, there will tend to be the supermarkets own generic product, and some limited representation of Ferraro, Lindt, Guylian, perhaps Thornton’s.

In the two examples above the competition discussed is within specific aisles, yet the brand pantheons of many corporations cut across aisles. Mars, for instance, also owns Uncle Ben’s, Dolmio, Wrigley’s and several pet food brands (Whiskas, Cesar, Sheba, Kit-e-kat and Pedigree). Unilever, similarly, owns Domestos, Cif, Persil, Vaseline, VO5, TRESemme, Lynx, Sure, Bovril, Ben and Jerry’s, Hellman’s, PG Tips and Slim-Fast, among many others. Mondelez, seeking to cash in on recent acquisitions, has actually sought to utilise its wide product range and started to aggressively cross-brand its products – see Dairy Milk with Ritz crackers, or Philadelphia with Dairy Milk, for instance – which blur the lines and gets brands onto many different aisles within the supermarket.

Nor, of course, is choice in these matters unsolicited. In 2003 food, soft drink and fast food manufacturers spent £727 million in the UK market seeking to convince consumers to choose their particular product. In the food market, because of branding it is the more processed, rather than less processed (“natural”), foods that receive the vast bulk of advertising money. Brands require trademark monopoly, a standard quality of product and a capacity to differentiate/individualise itself. With fruit, for example, it is much more difficult to “own” a particular fruit (although GMOs could change this situation), to standardise the look, smell and taste of fruit, and to separate a particular type of fruit from competitors. For an individual company, it is not worthwhile branding fruit because they will struggle to capture the returns from such effort.

So, what conclusions can we draw from this? Well, the main point (beyond the fact that many people wouldn’t suspect that their bleach and their mayonnaise come from the same company) is the disconnect between the image of a dynamic competitive capitalism – where choice is the product of genuine competition between many different companies – and the reality of oligopolistic brand competition – where your selection is limited to a choice of the outputs of a few companies. But, additionally, it must be remembered that our choices are not hermetically-sealed, impartial decisions. Instead, corporations have spent millions of pounds pushing their products that, in the case of the food industry, are only a narrow representation of what is available and what could be available.

In sum, the neoliberal branding of contemporary capitalism as a system of choice is hokum. The choices on offer are insubstantial, superficial and meaningless choices between one many-faced corporation and another.

Terry Hathaway completed his PhD on Corporate Power and US Oil Dependence in September 2013 at the University of Leeds and has since held temporary posts at the Universities of Leeds, Salford and, currently, Sheffield. He tweets @terry_hathaway. 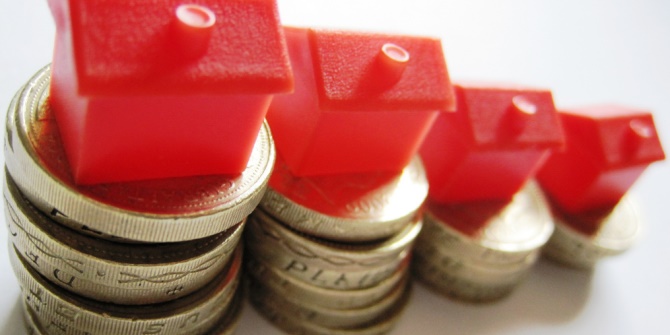 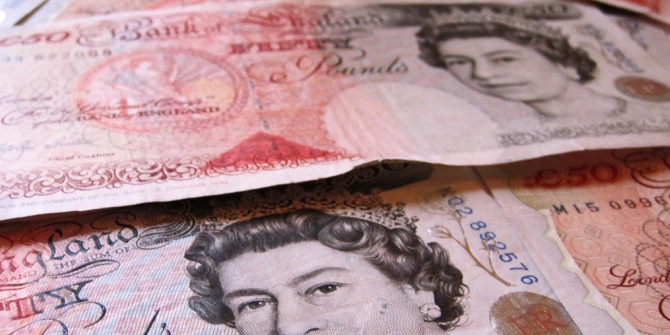