In The Contradictions of Capital in the Twenty-First Century: The Piketty Opportunity, editors Pat Hudson and Keith Tribe bring together contributors to respond to, and build upon, the possibilities offered by Thomas Piketty’s Capital in the Twenty-First Century. While George Maier would have welcomed more attention on the broader cultural, political and social facets of inequality beyond an economic frame, this is an intellectually stimulating collection that will be of particular use to those undertaking research projects examining inequality today.

The Contradictions of Capital in the Twenty-First Century: The Piketty Opportunity. Pat Hudson and Keith Tribe (eds). Columbia University Press. 2017. The below was originally published on LSE Review of Books. 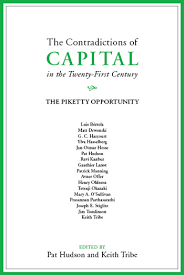 Riding on the back of the economic crisis and the Occupy Movement’s role in reigniting the inequality debate, Thomas Piketty’s seminal work Capital in the Twenty-First Century fell not only into the centre of many academic discussions but also the public zeitgeist. By the start of 2015 it had already sold over 1.5 million copies, hitting number one on the New York Times bestseller list for nonfiction and is now reportedly being adapted into a documentary film. Pat Hudson and Keith Tribe’s new edited collection of responses, titled The Contradictions of Capital in the Twenty-First Century: The Piketty Opportunity, follows a slew of reactions ranging from press responses to dedicated special issues from academic journals.  In this context, it is worth considering the contribution that the collection offers: does it go beyond what has already been offered in previous responses to Piketty? What does it add to the debate?

It is important to note from the beginning that the primary focus of the volume is economic. The book’s blurb describes its intention as ‘helping to cement a lasting place for inequality in the future agenda of economics and economic history’ – clearly positioning itself in relation to an economic lens. Despite claims within the book that a full understanding of inequality requires a ‘cultural, political and sociological approach as well as economic analysis’, no real space is given to these frameworks for understanding inequality, which will be a disappointment to some who wish to see inequality theorised and discussed in wider terms.

The book begins with a section on concepts and models, consisting of three chapters. This part offers a mixed bag of broad insights which will be useful to both scholars of inequality and those with a more general interest. The section, however, delivers little in the way of newness. Space is given to a critique of Piketty’s conflation of capital and wealth, along with a discussion of the assumptions underlying the Cobb-Douglas model and how these might challenge Piketty’s work. However, these arguments have been previously and comprehensively articulated in a 2014 paper by Yanis Varoufakis. The volume nonetheless retains the advantage of talking about these issues in a more accessible vernacular that will translate across disciplines. This is demonstrated in the chapter on inequality by Tribe, which is engaging and intellectually stimulating to a wide audience. The section overall provides a sound and appealing overview of the historical lessons that have led us to the current trends driving research on inequality, as well as insights into the challenges that remain. 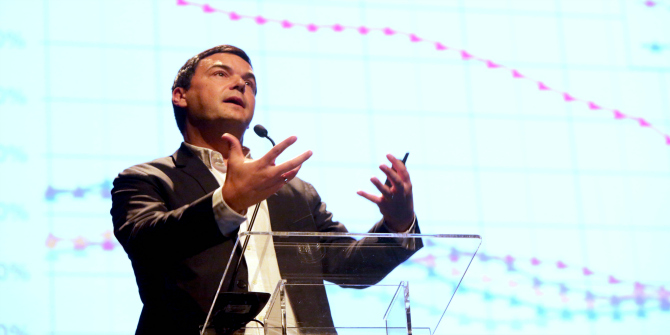 Subsequently, the second and third sections of the book, titled ‘Piketty in Western National Contexts’ and ‘Piketty: Global Commentaries’ respectively, offer Piketty’s work a new level of contextualisation by looking more attentively at regional political and policy currents. These contexts, it is argued, underpin, but also go beyond, the aggregated data that was presented and analysed within Capital. These chapters respond to critiques of Piketty being overly focused on building abstract economic laws of capital, and do important work to ground debates of economic inequality within specific political contexts. Along the way, the contributors raise questions regarding how issues such as hyperinflation in Germany, labour reforms in France and growth in developing countries, especially those within Africa and Asia, relate to the bigger pictures of inequality painted by Piketty, adding necessary nuance. Space remains throughout these chapters to develop geographic arguments further.

Hudson provides the concluding chapter, tying together the strands of argument developed throughout the book. The outcome is the identification of a series of areas where there is a strong indication for further research on capital and inequality. Hudson correctly notes the national boundaries placed upon inequality in Piketty’s work, and the need for research that transcends these, especially in the globalised context of increased labour and capital mobility. But this argument could be extended further: for instance, there is certainly scope to interrogate access to these mobilities. As an extension of this, how do inequalities work at the sub-national level, in the context of the geographically isolated?

Hudson goes on to argue that political and social contexts cannot be sidelined: tax and distributive policy, labour rights, financial regulation and social democracy more generally have a part to play in future research into inequality. Notable space is also given to discussion of technology, its role in economic growth and the potential challenges to inequality. Once more, there is the potential to go further: the economic perspective that Hudson carries serves to frame her vision of political, social and digital contexts to the point that they can be directly translated into economic reasoning. Other scholars, from Karl Marx to contemporaries such as Beverley Skeggs and David Harvey, have done substantial work to conceptualise capital in more complex ways. There is a notable body of scholarship on the translation between capital and value; yet, there is still a need to bring such theorisations together with Piketty’s data, an opportunity that has been missed by the strictly economic focus employed throughout the volume.

Overall, Hudson argues that we must proceed by utilising the opportunities that Piketty has developed: ‘it will be necessary to question further the goals of growth and development: how to guarantee better social outcomes from economic growth, and how to reconcile growth with equity and sustainability’. These points aren’t particularly new and suffer from being overly broad in scope, but they are generally well argued and easy to agree with, offering inspiration to researchers. The work of the researcher will be to turn these wide aspirations into specific research projects to realise more novel insights.

The book ends with a chapter from Joseph Stiglitz and Ravi Kanbur. Despite the expectations that might surround a chapter from such renowned scholars, it stretches for a mere six pages, including references – the shortest contribution to the volume. Its position within the book is therefore somewhat questionable, coming after Hudson’s comprehensive chapter which draws a range of clear conclusions: Stiglitz and Kanbur simply add to this their desire for new theories of wealth and income distribution. As a result, the final chapter feels more like a simple addition of signatures to the manifesto that the book presents, rather than an original contribution in itself.

The real value of the collection is in the presentation of research opportunities. While The Contradictions of Capital in the Twenty-First Century offers little in the way of answers and suffered from a firmly drawn disciplinary boundary, dozens of original and important research questions can – with some work from the reader – be pulled from its pages. Furthermore, the book offers a useful background and guidance for those already researching inequality or those with a more casual interest. This makes the book somewhat useful for students and academics looking to design research projects at the forefront of the inequalities debate. Overall, Hudson and Tribe have edited an intellectually stimulating collection, while at the same time ensuring it is accessible to both interdisciplinary and non-academic audiences.

George Maier is a PhD student at the London School of Economics and Political Science, associated with the International Inequalities Institute. His current research relates to the changing relationship between capital and labour in the contexts of digital inclusion. He holds a master’s degree in Critical Theory and Political Science from the University of Nottingham. He tweets using the handle @GeorgeMaier

Note: This review gives the views of the author, and not the position of the LSE British Politics and Policy blog, or of the London School of Economics.