When Scottish Labour leader Jim Murphy observed last week that Scotland could fund 1000 additional nurses with its share of the British Labour Party’s mansion tax, Scottish Labour stressed that 95 per cent of the new revenue would come from the South East of England. In this post, Tony Travers discusses the implications of Labour’s internal division over the mansion tax, and argues that this is merely one manifestation of a new proto-federal British electoral landscape.

Jim Murphy’s recent announcement concerning the Labour Party’s mansion tax triggered an angry response from London Labour politicians including Diane Abbott and David Lammy. Abbott described Murphy’s plan as “highly unscrupulous”. She was quoted as saying: “It’s effectively a tax on London – 80 per cent of it will come from London – and there are problems. The super-wealthy plutocrats, who will all think should pay the mansion tax, probably using their lawyers and accountants will evade it. But you could be a teacher in Hackney literally who bought a house at the beginning of the ‘80s for £50,000 and it’s worth £1 million and climbing. Jim Murphy can’t surely mean he is going to expropriate money from Londoners to win an election in Scotland”.

Murphy made his pledge to fund extra Scottish nurses with English mansion tax without telling Ed Milband. The SNP currently have a huge Westminster election poll lead in Scotland and Murphy wants to distance himself from Miliband. His predecessor Johann Lamont memorably described the UK party as treating Scottish Labour like a “branch office”. By going it alone and aggravating London politicians, the Scottish Labour leader wins twice.

But London mayoral candidates see things very differently. The Conservatives are portraying the mansion tax as ‘Labour’s housing tax’ and implying that anyone with an expensive home (indeed, pretty well anyone in the South East) will soon be dragged into paying Labour’s new property super-tax. London’s Labour politicians also need to show they are independent of the national party, so criticising the Scots is useful for Abbott and Lammy. The latter pair, along with Tessa Jowell, Sadiq Khan, Christian Wolmar and possibly Margaret Hodge, will almost certainly take part in Labour’s London mayoral primary, to be held in the months after the general election.

Labour candidates in marginal London seats are trapped between Murphy’s efforts to hold on to Scottish Labour MPs on the one hand and their own chances on the other. Constituencies such as Hampstead & Kilburn (currently Lab), Hendon (Con), Brent Central (LD), Eltham (Lab), Enfield North (Con), Brentford & Isleworth (Con), Tooting (Lab), Harrow West (Lab), Westminster North (Lab), Hammersmith (Lab) and Ealing Central & Acton (Con) are all ones where the Conservatives will ramp up fear of a mansion tax. More homes will pay the new tax in mixed-income boroughs such as Haringey and Merton than the whole of Scotland. The Tories know that property taxes are politically salient and, even though the number of homes affected is relatively small, will not hold back in exploiting the fears of voters in the South East.

There is an important implication to be drawn from this stand-off between Labour politicians in Scotland and London. The UK Labour leadership cannot control either group. Scotland and London now have their own political boundaries and their own political machines. Boris Johnson’s positions on issues such as immigration and students’ migrant status are at a calculated distance from David Cameron’s. No one who wants to be mayor of London can pay much attention to their national leadership as and when policy is aimed at appeasing imagined ‘Middle Britain’ or ‘Middle England’ voters.

Jim Murphy presumably thinks it is worth sacrificing a few Labour seats in London and the South East so as to hold onto a few in Scotland. Welcome to proto-federal Britain. It can only be a matter of time before someone proposes a British version of Italy’s ‘Northern League’ to argue for a new autonomous status for the increasingly politically-unloved South East of England.

The divisions between Scottish Labour, London Labour and British Labour (which are paralleled in the Conservative party) are further evidence of the disintegration of the traditional political parties. The ties that bind the UK as a country have been weakened, too. Miliband and Cameron may struggle over issues such as ‘English votes for English laws’, but in truth they now have to cope with sub-national contests that are different in Scotland and London and in, say, the South West and Wales. The spat over mansion tax is just a convenient opportunity for a fight. 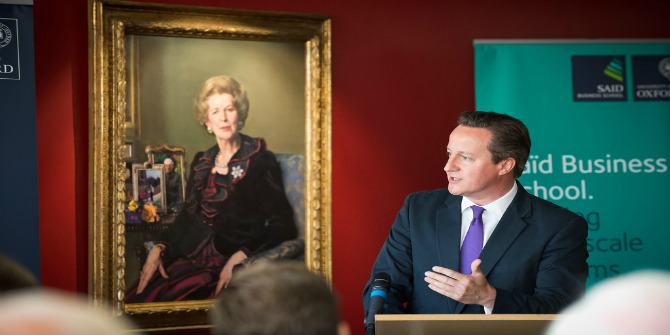 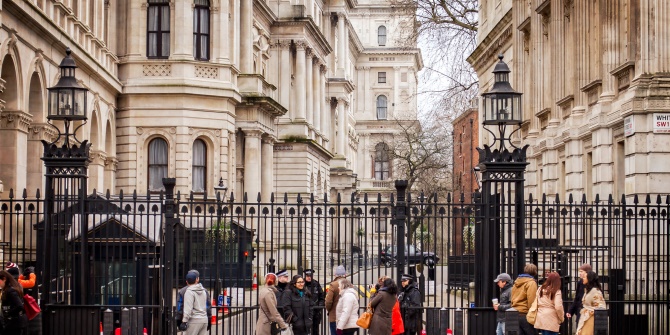