Despite being in decline, the quality of mental health services is largely absent from public debate. One of the reasons is the silencing of those delivering services, writes Elizabeth Cotton. She draws on data about conditions and wages to explain that there is a clear trend towards precarious work in the sector, and concludes by suggesting how to challenge the current system.

The Budget announcement that mental health will receive an additional £2 billion funding was met with a surprisingly unenthusiastic response from the main stakeholders. The total amount spent on mental health is unknown as funding systems have undergone large-scale reform and monitoring of the thousands of private contracts issued to providers go largely unmonitored. We know that attempts to ring-fence mental health funding have failed, particularly in relation to Child and Adolescent Mental Health Services, and it is estimated that ‘additional’ NHS funding has only contributed to a 1.4% budget increase in mental health funding.

The other reason for this lack of enthusiasm relates to what that funding is likely to be spent on. Despite the cultural shift in thinking about mental health issues in the UK, and all the recent debates about the same, we are still failing to protect both the services or the people who deliver them. One central reason for current problems is the overwhelming focus of the service on Increased Access to Psychological Therapies (IAPT), the NHS’s largest mental health programme. IAPT has been offered as a silver bullet to the mental health crisis, yet has also been a central driver of an unfolding workforce and political crisis, one that remains largely hidden from public view. For many people working in and accessing these services, IAPT is considered a threat rather than an expansion of decent care.

IAPT provides short-term, results-oriented cognitive and behavioural therapy, and has been introduced as a ‘talking therapy’ that efficiently addresses individual psychological states. Because of the relative low cost of IAPT services, in comparison to the long-term talking therapies and specialist services that require experienced clinicians, the economic argument for rolling out IAPT has prevailed across UK mental health policy. As a result, despite the genuine concerns about the ethics and quality of care being provided that have been expressed, this downgraded model of ‘talking therapy’ now dominates across the UK’s mental health service. The ‘evidence base’ for its effectiveness has been established through the widespread use of performance data, drawn from a system that has itself become highly contested – in terms both of the relevance of what it measures (such as waiting times) and of the accuracy of its claims (such as a 50% recovery rate).

IAPT is also a central part of the political crisis that is emerging for mental health services as a result of its positioning as a key component within the government’s plans for changes to welfare benefits. There has been a merging of mental health services with the DWP’s programme of welfare reform, such that people who are ‘cured’ are then disqualified from benefits. Although mental health providers such as Mind campaign against Universal Credit and have recently responded aggressively to Esther McVey’s claims that they support welfare reform, it is true to say that IAPT is the largest source of contracts and jobs in the sector and as a result the two are profoundly linked.

One of the reasons that the recent decline in mental health services is so absent from public debate is the silence of the people delivering services, in part motivated by the growth in precarity of jobs in the sector and the fear of victimisation for raising concerns. The insecurity of mental health workers lies in the invisible but strategic downgrading of jobs and working conditions. In response to a lack of data about conditions and wages within mental health services, during 2016-17 I carried out the Surviving Work Survey. Our results indicated that although it is true to say that working life in mental health is diverse, there is a clear trend towards precarious work right across the UK.

A growing majority of people were working in multiple settings using different modalities, increasingly providing generic rather than specialist care. Although 74% of respondents said they worked for the NHS, many reported that they worked on short-term contracts, and many were working for multiple employers, as direct employees of third-sector or private providers, or as self-employed representing 30% of workers. A striking 21% of workers are involved in unwaged work, 15% as part of their training and professional registration. Most reported a strategic downgrading of clinical roles, lack of promotion, and the impact of rigid performance management systems, combining to put workers in ethically and financially precarious positions.

Respondents also raised clear concerns about the quality of IAPT services. The principal concern was the decline in number of sessions offered to patients, and the rigidity of the model of cognitive behavioural therapy that is offered. Additionally, respondents reported high case-loads which ranged between five and eight patients per day. As a result of these concerns, there was a significantly higher propensity for IAPT workers to raise concerns about working conditions (55% as compared to a sample average of 36%) and patient care (58% as compared to a sample average of 38%).

Given the almost universal criticism of the direction of mental health services on the part of clinicians and service users, the question has to be asked: who benefits from the uncritical continuation and expansion of the IAPT model? Despite a number of recent mental health inquiries and workforce reviews, there has yet to be any genuine engagement with the emerging crisis in the sector. It may be that one explanation as to why the expansion of IAPT services has not been subject to public inquiry is the vested and financial interests of the individuals and organisations involved in all the reviews.

In the context of downgraded mental health services, the fact that workers are unorganised and silenced is a matter for both professional and personal ethical concern. One way to change the current system is to campaign for an inclusive inquiry into the IAPT model and the nature of the ‘evidence base’ for mental health services – not to be led by the organisations and bodies with a vested interest in delivering services. Another is to explore the potential for developing a new negotiating platform to address workforce issues in the service, including wages, working conditions, and standards of care. The proposal is to establish a body that is not populated by employers’ organisations or private providers, but by the professional, trade union, service-user and political networks that have an interest in mobilising mental health workers to defend services. 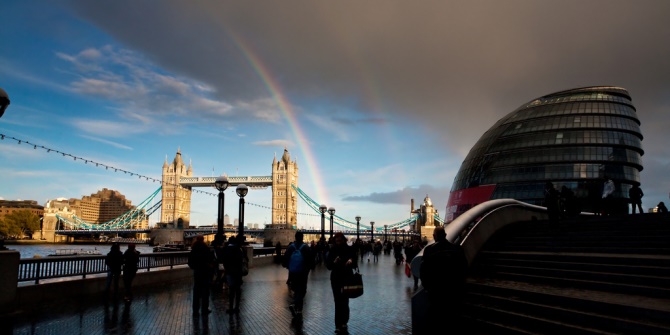