The government has proposed the abolition of the Human Rights Act, and as part of this has – according to Merris Amos – launched a campaign against the European Court of Human Rights. She argues that this is a smokescreen designed to divert attention from the real agenda: escaping the supervision of a supranational court which cannot be as easily controlled as the national courts

“When one with honeyed words but evil mind persuades the mob, great woes befall the state” Euripides, Orestes

Since it was announced in the Queen’s Speech on 27 May 2015 that the Human Rights Act 1998 (HRA) would not actually be scrapped within 100 days, but that there would be a period of consultation, social media and traditional media has been abuzz with stories about what is now going to happen. Some have speculated that there will actually be very little change at all, apart from some cosmetic window dressing. Others, taken by surprise by the election outcome, are waging war against the prospect of the obliteration of national human rights law and international oversight by the European Court of Human Rights (ECtHR).

Senior government ministers, including the Prime Minister, have promised both to remain within the European Convention on Human Rights (ECHR) system, supervised by the ECtHR, and to leave it. At the time of writing, the Prime Minister had just announced to Parliament what has been described as a “complete U-turn” by refusing to rule out leaving the ECHR system if it was not possible to “send foreign criminals home.” It was later confirmed that whilst this was not in the Conservative Party manifesto, it was contained in the October 2014 proposals Protecting Human Rights in the UK which is also considered to be Conservative Party policy.

In the October proposals, and the Conservative Party’s election manifesto, the case against the ECtHR has been put as follows. First, the ECtHR is overruling our Parliament and our Supreme Court and generally ordering changes in UK law. Second, the jurisprudence of the ECtHR is out of control, lacking in common sense and credibility. From more than 500 judgments of the ECtHR concerning the UK, just four are selected to support these allegations: prisoner voting; the rights of prisoners to artificial insemination; the whole life tariff; and barriers to the deportation of foreign nationals who have committed crimes. In the press, the arguments against the ECtHR also centre on prisoner voting, foreign nationals and Abu Qatada based on the erroneous assumption that the ECtHR binds our courts and Parliament. In a recent editorial, The Sunday Telegraph claimed to be troubled by the challenged posted by the HRA to national security as “the European Court of Human Rights blocked the deportation of Abu Qatada”.

It is clear that to date, all that is lacking in common sense and credibility is the case presented against the ECtHR which is grounded in the lie that it can actually overrule the UK Supreme Court and Parliament. This is simply not the case, as the prisoner voting litigation illustrates. Prisoners still do not have the vote despite the ECtHR first finding the UK’s ban in breach of the ECHR in 2004. Furthermore, the examples used to support the argument that the ECtHR is out of control are dated, taken out of context and have implications for very few people. Abu Qatada left the UK for Jordan in 2013 where he has been acquitted of terrorism charges. Should prisoners serving less than four years be enfranchised, that would be approximately 28,000 prisoners. According to the Home Office, in 2014 only 2 foreign national offenders appealing against deportation on human rights ground won their claim. What about the rest of the 64 million people of the UK? Are we to lose the valuable oversight of the ECtHR because of a handful of foreign nationals, prisoners and Abu Qatada?

Were the Government to treat the current debate about the future of our membership of the ECHR system as the proper constitutional question it deserves to be, the picture could be very different and the truth might find a foothold. In 2014 the ECtHR only found one percent of all the applications made against the UK admissible and delivered 14 judgments concerning the UK finding a violation in only four of these judgments. This remarkable record is due very much to the careful consideration of ECHR arguments by our own courts using the HRA. Even the most accomplished spin master would be struggling to add the four violations found on the part of the UK last year to the catalogue of gripes against the ECtHR. None of the violations concerned a foreign national resisting deportation or Abu Qatada.

The one which did concern prisoner voting was greeted in The Daily Mail as a “victory for the taxpayer” given the finding that prisoners bringing applications concerning their ban from voting would no longer receive their costs and expenses. Similarly, were the violations on the part of the UK in 2013 to be discussed it would be difficult to find a negative angle particularly as the judgment in Eweida upholding the right to wear a cross at work, was well received. Desperate to make something of nothing, both the Conservative Party in its October 2014 proposals and much of the press lied about the 2013 whole life sentence judgment but further mileage on this was cut short by the ECtHR agreeing with our own courts earlier this year that our current rules on whole life sentences are now compatible with the ECHR.

The ECtHR does not have the power to overrule our Parliament and our Supreme Court and cannot order changes in UK law. The ridiculous case which has been presented against it by the Government and in the press is a smokescreen to divert attention from the Government’s real agenda: to escape the supervision of a supranational court which cannot be as easily controlled as the national courts. The pretence of weakness in the face of the ECtHR is a tool to grab even more power to the great detriment of all of the people of the UK.

Merris Amos is a Reader in Human Rights Law in the Department of Law at Queen Mary, University of London. 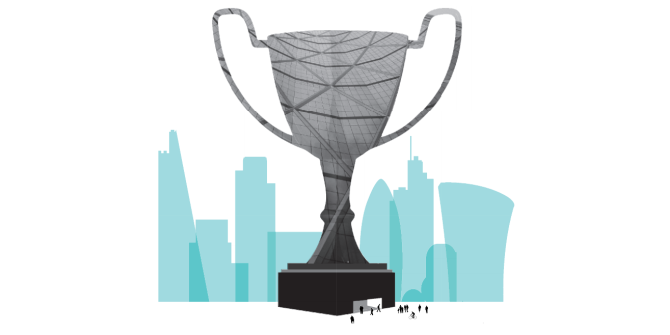